NASA’s NEOWISE  mission aims to show us and of course, the astronomers, just how active and busy our universe is. Mission scientists have created a timelapse movie of the sky, revealing all of the impressive changes happening over the course of more than a decade.

“NEOWISE” stands for Near-Earth Object Wide Field Infrared Survey Explorer. Every six months, the spacecraft completes one trip halfway around the Sun, “scanning” the sky around us and taking photos in all directions. The photos are then stitched together to form an “all-sky” map showing the location and brightness of hundreds of millions of objects. There are 18 all-sky maps produced by the spacecraft, and the 19th and 20th will be released in March 2023. Using these, scientists have created what is basically a timelapse movie of the sky. And in that timelapse, you can see plenty of changes going on over the course of roughly a decade.

You can observe a feeding black hole and the gas that gets pulled close to it getting hotter and brighter. This indicates that the black hole may have eaten a star. You can also see a star reaching the end of its life as it runs out of fuel. You can see it “pulsating” as it expands and contracts. And it’s truly impressive to observe all of these changes happening in front of our eyes.

“Each map is a tremendous resource for astronomers, but when viewed in sequence as a time-lapse, they serve as an even stronger resource for trying to better understand the universe,” NASA explains. “Comparing the maps can reveal distant objects that have changed position or brightness over time, what’s known as time-domain astronomy.” 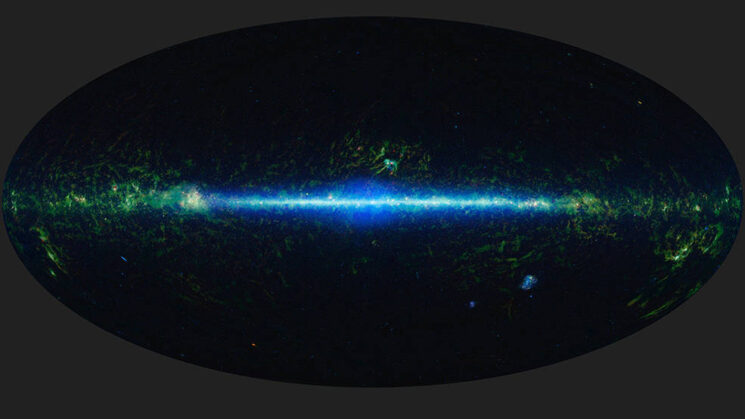 This mosaic is composed of images covering the entire sky, taken by the Wide-field Infrared Survey Explorer (WISE) as part of WISE’s 2012 All-Sky Data Release. By observing the entire sky, WISE can search for faint objects, like distant galaxies, or survey groups of cosmic objects. Credits: NASA/JPL-Caltech/UCLA

NEOWISE was originally launched in December 2009 as the Wide-Field Infrared Survey Explorer, or WISE. “The space telescope was originally designed to survey the sky in infrared, detecting asteroids, stars and some of the faintest galaxies in space,” NASA explains. And it did, all until its primary mission in February 2011, when the onboard coolant needed for some infrared observations ran out. However, the spacecraft and some of its infrared detectors were still functional, so the observations resumed in December 2013. The telescope was taken out of hibernation and re-purposed for the NEOWISE project as an instrument to study both near-Earth objects and more distant asteroids and comets. “During its primary mission,” NASA writes, “NEOWISE detected more than 158,000 minor planets, 34,000 of which had never been discovered previously.” 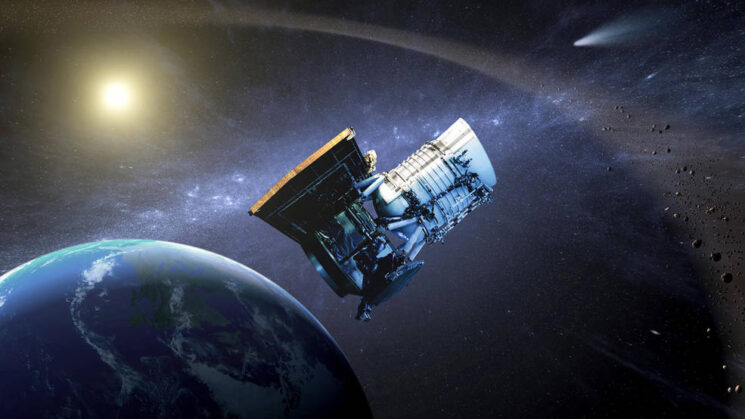 Watch this timelapse video of NASA ‘unwrapping’ their latest spacecraft