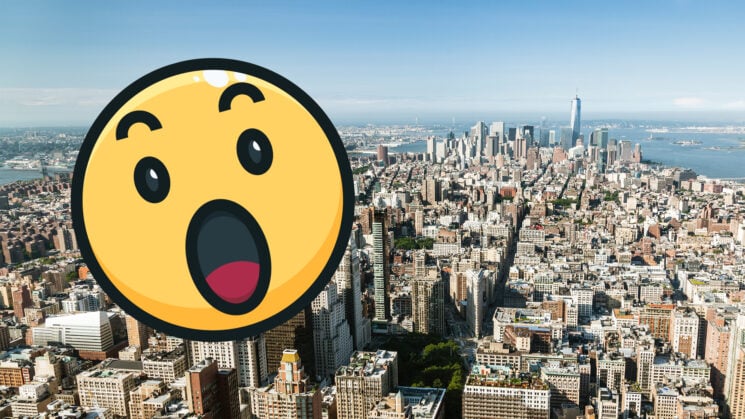 It was bound to happen, really. In a city that size, an image that covers that much of it, with a resolution so high, finding a naked person was as inevitable as Thanos believed himself to be. And now, the Reddit detectives have found one. Some guy, sitting naked in a chair by his window.

At 120-gigapixels, it’s the largest image ever created of New York City, achieved through lots of panning and stitching of images shot with the 61-megapixel Sony A7R IV mirrorless camera that sits inside the GigapixelCam X80 enclosure along with all EarthCam’s other fancy tech and electronics. But covering this much area with this much resolution was always potentially going to reveal things it shouldn’t.

Like a naked guy sitting by the window in his apartment with his back to the glass, fortunately, seemingly without a care in the world, and obviously blissfully unaware that he was being photographed – which is why we’re not sharing the image here. But if you’re really that determined to find it, get hunting through the image yourself.

It was spotted by Redditor /u/nakilon, and a link to a screenshot was posted to a thread in /r/InternetIsBeautiful. Again, though, we’re not posting it here because while it should be obvious that in a city like New York, there’s always somebody or something watching, and as amusing as it may be, it does raise some potentially big privacy issues in such a densely packed and populated city.

I did manage to find the man in question on the live image hosted by EarthCam, though, and can confirm that he is indeed there.

To be honest, I’m actually quite surprised that only one naked person has been spotted so far.

« Inspiration is NOT everywhere, here’s where you find it!
The Slypod Pro is a HUGE step up from traditional sliders (and monopods) »