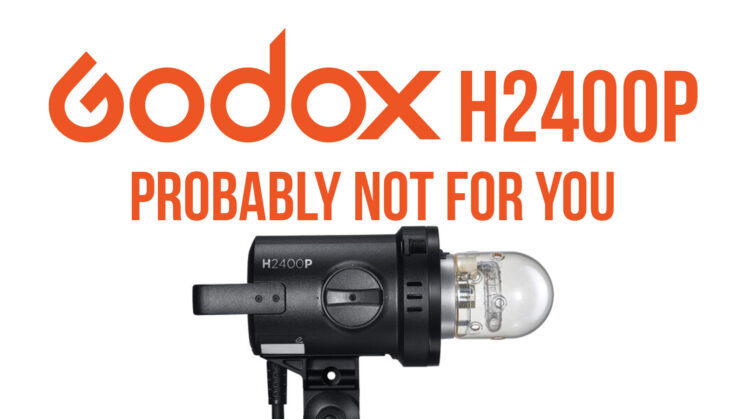 Godox announced a 2400w system. Here are some thoughts. (No I don’t have one, I’m reacting to the available info).

First, this is looking like a wired system, so don’t get excited about a 2400w on location system.

Second, it looks like they used an integer or stop scale. This is purely preference vs. fractions, so I don’t care either way, but it does present an issue There are some 50+ lights (AC models included) on the X series that all use fractions. So either it converts fractions on the trigger to integer on 2400 display (in which case integer “simplicity” is gone), Or they update the trigger to have an integer option (in which case it doesn’t align with the other 50 lights), Or they update everything to have both options on display and on the trigger. Which will just lead to me answer the question “how does his flash display integer?” 100k times.

This system isn’t designed for existing Godox users. Why? Most got in for the low priced, lightweight, wireless options. The P2400 will not be any of those things.

This system is designed to compete with the Broncolor and Profoto P&H systems that Godox has never held a candle to. The users of these systems represent <1% of the photo industry. Many won’t convert simply because they are already deeply invested in Profoto / Bron / Elinchrom. These users could easily have $100k+ in lights and mods.

So, as always, just because it exists, doesn’t mean you need to consider it. But I think this might be cool to expand Godox into the trunks of some significant commercial photographers, and also make Godox more viable to rental houses around the world.