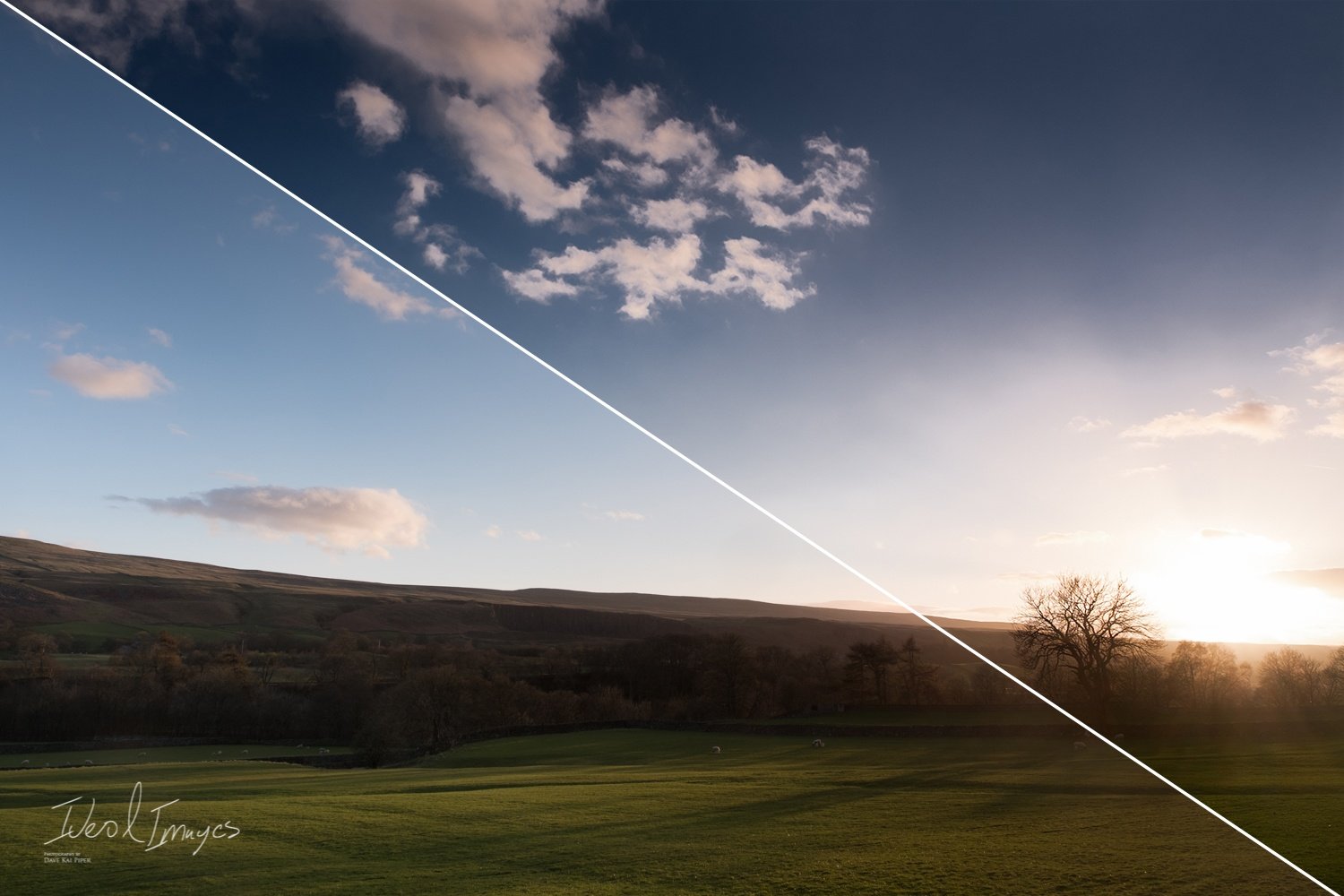 For a start, I think I am guilty of the very thing I am mentioning in this post, so, no need to comment about that at the bottom, plus, I also know that nothing I say here is new – but to me it’s becoming more and more prominent in my eyes.  The question is this – Should you be morphing your landscape images into something you prefer over the natural lay of the land ?.

I am all for removing the odd sheep or road sign to enhance the story or to clean up the narrative of what you are trying to say but to quite literally move or add mountains – that might be too much.  The other week I was out shooting in the UK, the South Pennines, at a place called High Force in fact. I wanted to try out the new 15 stop filter from Lee Filters.  I found it really difficult to get a long enough exposure to get the water following yet keeping the sky in. 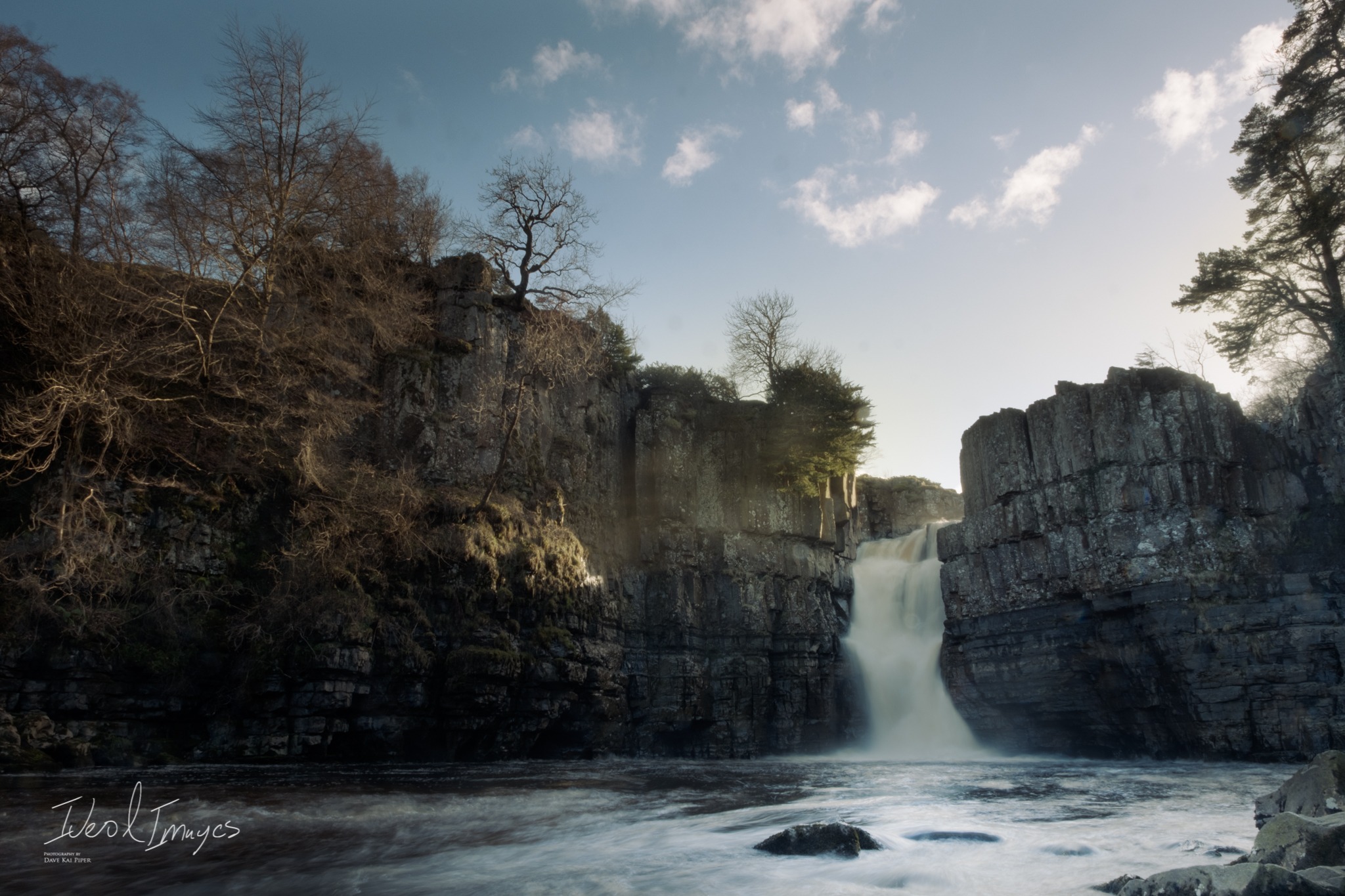 I used the Super Stopper & a Grad Sky but still could not get the sky dark enough to get a single good enough shot. In short I could not do it in camera so, I shot the sky, shot the water and the rocks then put them in to Photoshop. As you can see from the image all the light was coming over the  cliff top leaving the sky very bright with the water very dark. A very tough image for the Fuji X-Pro to get.  In my eyes, this is OK, so, why do I have a problem with the idea of warping a landscape to something more ‘ dynamic’ the look of.  In my eyes, adding stacking shoots together that are of different exposures is OK as the the final image is honest to the landscape. If someone went and stood where I was, they would see what I saw. If I was to make digital warping changes to make the water fall higher to look more impressive, I would be misrepresenting the location.

As with pretty much all landscape photographers, I use filters to control things like sky’s and to enable day time long exposures – along side with the removal of objects. Fine Art Photographer & Dark Tourist – Rebecca Bathory says ‘it can go too far sometimes I mean adding skies etc to make it look like how it actually was and enhancing the definition etc to try and match the eye yeah that’s cool, But adding stuff that wasn’t there that’s weird, if it’s labeled photo manipulation it’s OK. With landscape photography it’s hard for the camera to capture what the eyes sees, I think it’s important to not create something the eye hadn’t seen, especially if your portraying something as reality, then the photo isn’t a lie’.  I guess at some point the idea of what is and what is not a photograph comes into play.  If you alter something that much, is a photograph any more or a digital re-presentation of what is or was really there. Wedding and reportage photographer Kevin Mullins has a pretty tight line on this ‘If it involves actually changing the shape of things, then I don’t really see the point in calling it a photograph’  I then asked about if you wanted to switch a sky or use a multiple exposure, Kevin replied  ‘Nope – I don’t like that either (skies). Loads of that happens in wedding photography and the picture looks nothing like when it was taken ‘  To be super honest though, I know and do love Kevin’s work – I could of predicted this view, and in many ways I totally agree & wish I could stick to this view better than I do.

This image is a good example of me replacing a sky, but again, it was an image taken on the same day, I just could not get the range in. I was traveling super light on this day as I was out riding on my motorbike and didn’t have my grad filters with me. In fact, looking back at this image, you can see how bright the sky was by the almost pure white refection in the water of the image, Maybe I should of spent an extra few moments look at this image in the processing of part of this image. 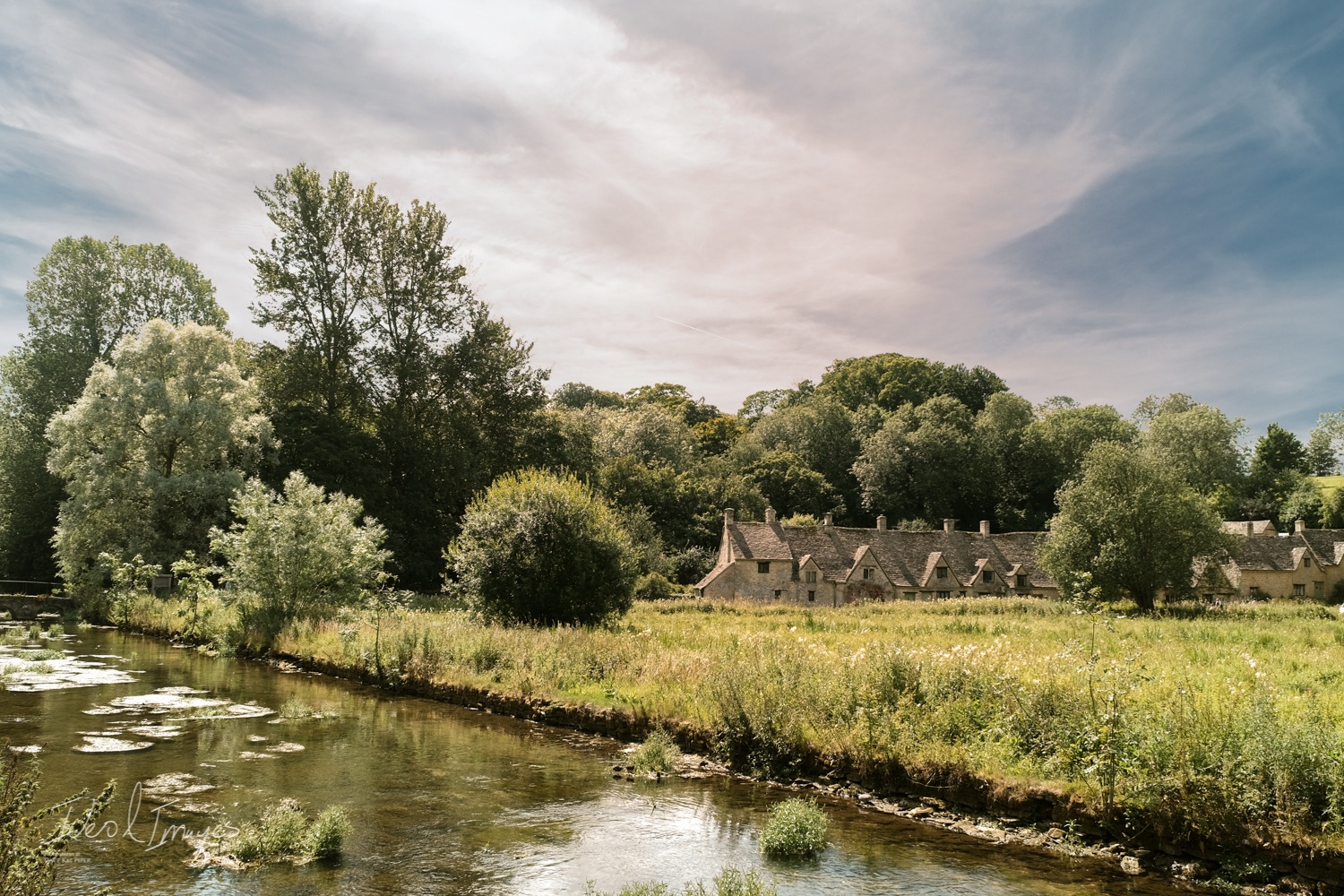 This image of Stone Henge is another good example of an image with a tone of editing. All the people, maybe about 50 people have been cloned of of the image. On the same ride as the image above, I had found my self near the famous UK landmark and really wanted to grab a photograph. I pulled up my bike on the side of the ride and took a shot, knowing that later I would all the pesky people and create the image I wanted to.   Is is OK ? 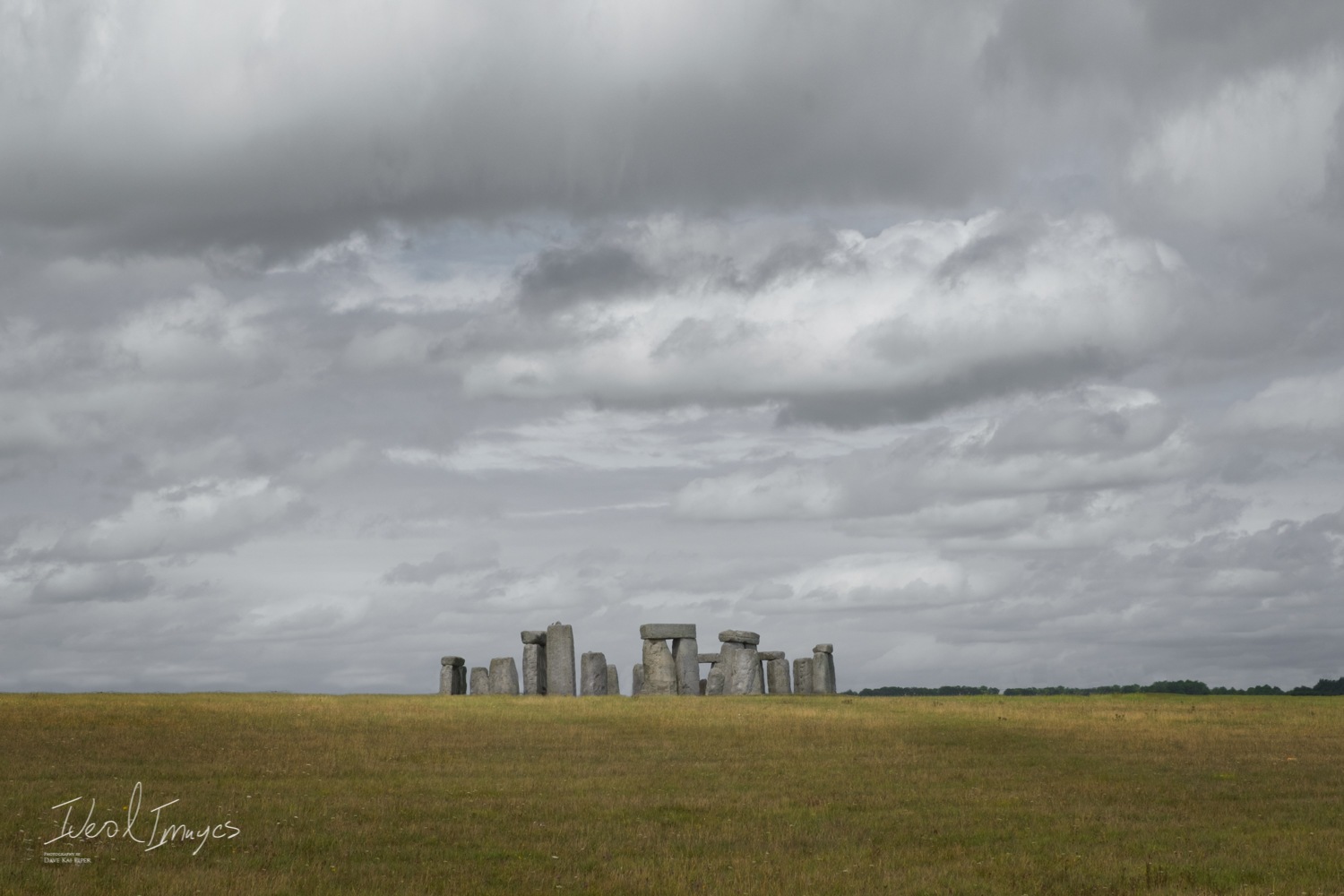 Peter Dench is among the very best in the photojournalist genre of photography. His latest book, Dench Does Dallas is a wonderful look at American cultural viewpoints in Texas.  It’s clear from the book where his view points would fall on editing, and we would hope that his images are true to the fact. He would hope that what he presents to the world is as accurate as it is.  Peter works along the World Press Photo’s rules of ethics.

In short this means that my image of Stonehenge is not something that would fit into the their ethics, which is fine, that was not the intended place for this image. I know these guidelines are designed for photojournalists, but I like them and think that many of them are universal across all genres of photography. I like the idea that a photographer should consider the outcome of the people viewing an image and should be accountable too. It’s an interesting debate. Does removing the people from this change the impact of the stones ?  It does change the story that was happening as I passed, but that story was not want I wanted show.  Where do you fall on this view point, leave a comment at the bottom.

From Portraiture to sports from photographing slugs in your garden to a child’s party. Photography is what it is and if your going to digital alter, enhance, change or distort these images after the fact then some consideration should be place on this too. Over the years I have been very guilty of over processing images. I am the first to hold my hand up. I have made up for bad lighting with shovels full of digital processing. I have blurred skin to with an inch of it looking like some plastic barbie doll. In the recent years I have become much more relaxed on the amount of retouching that goes in to my images. Some times they might take the same amount of time that I used to take but, I like to think that as I am getting older and hopefully better the digital elements of the photography retouching process are both working together to help the story of the image and they are not conflicting each other. Removing a sheep from an image is fine, but morphing the landscape, and stretching out hills is not. It’s the same thing as dropping a model a dress size in my eyes.

I want to leave you with this – an edited image and an unedited image. These days this is about as far I can go with editing an image of a landscape without feeling guilty that I have created what I wanted to see rather than what I saw. 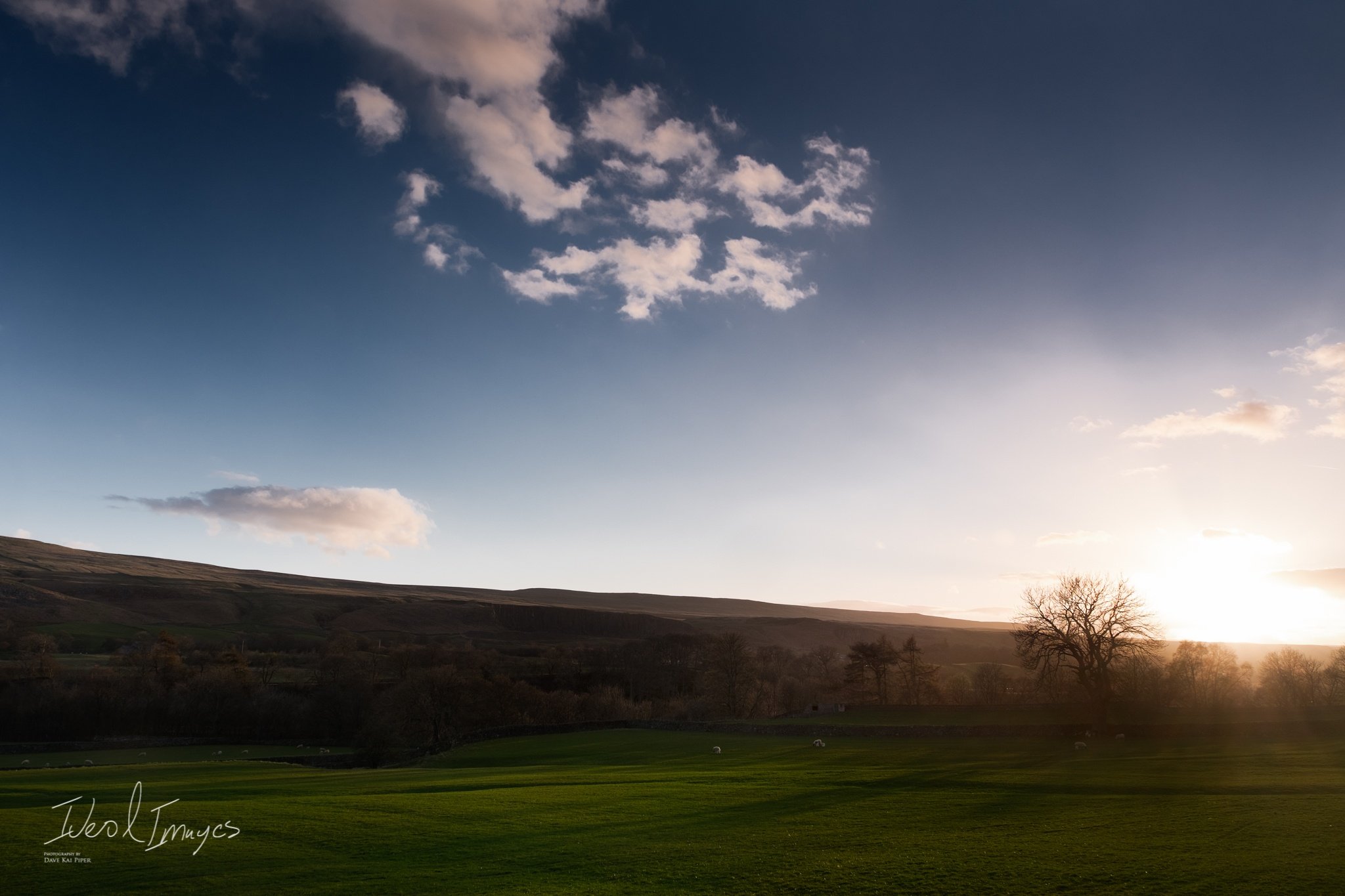 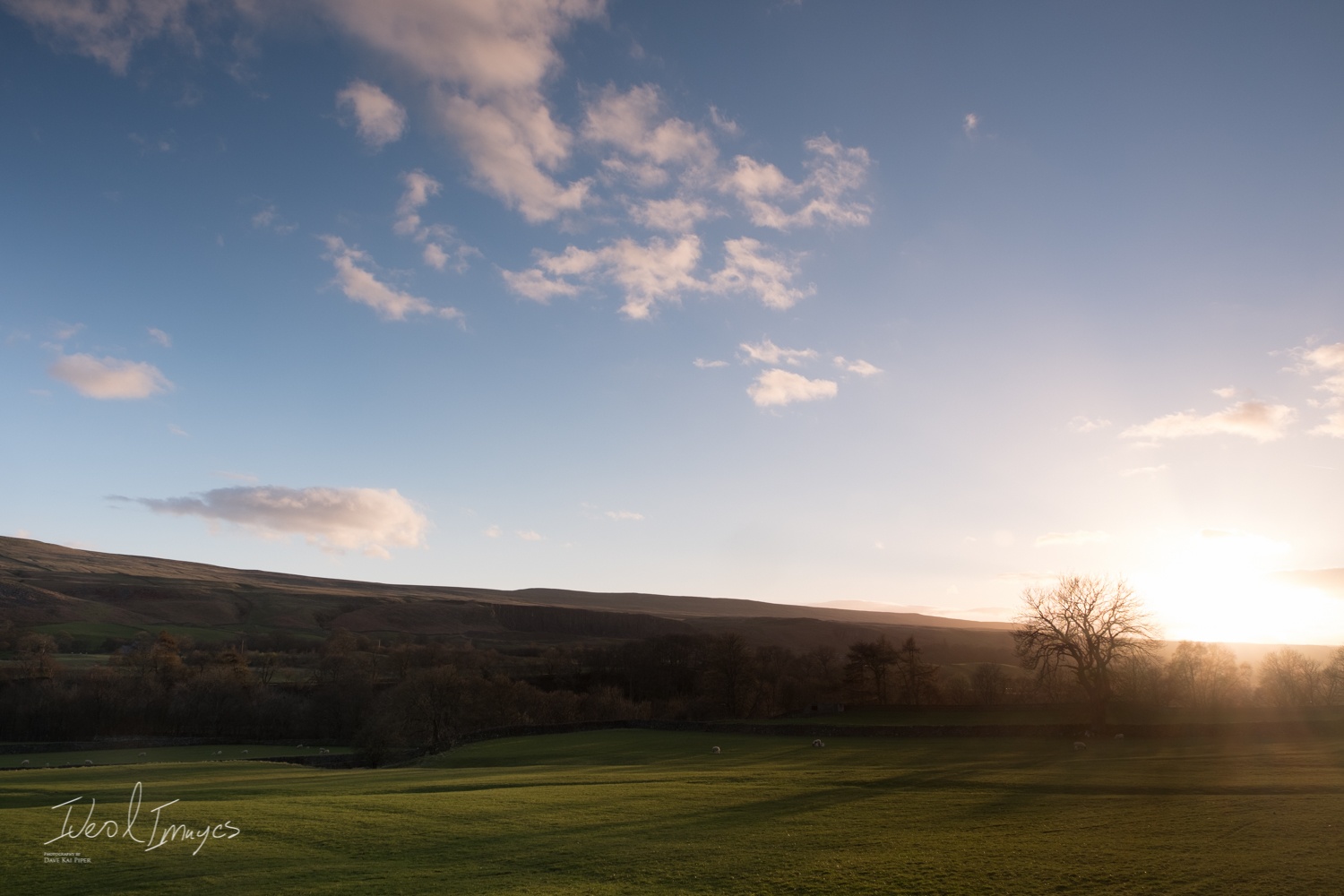 Just as I thought I should, I wanted to also bring up the ethics on retouching on people for a brief moment. Below is a an unedited image of Georiga, take on an X-Pro2. I think the same things apply, when editing and image, if your documenting something real then that idea should come though the edit too. Renne Robyn is the name that comes to mind here for me. I adore her work, I adore seeing what her mind dreams up. She brings the surreal to life. Her work is all about that, that is the story for her work, so, the detailed hours of composting work is all part of that. It’s part of her style. 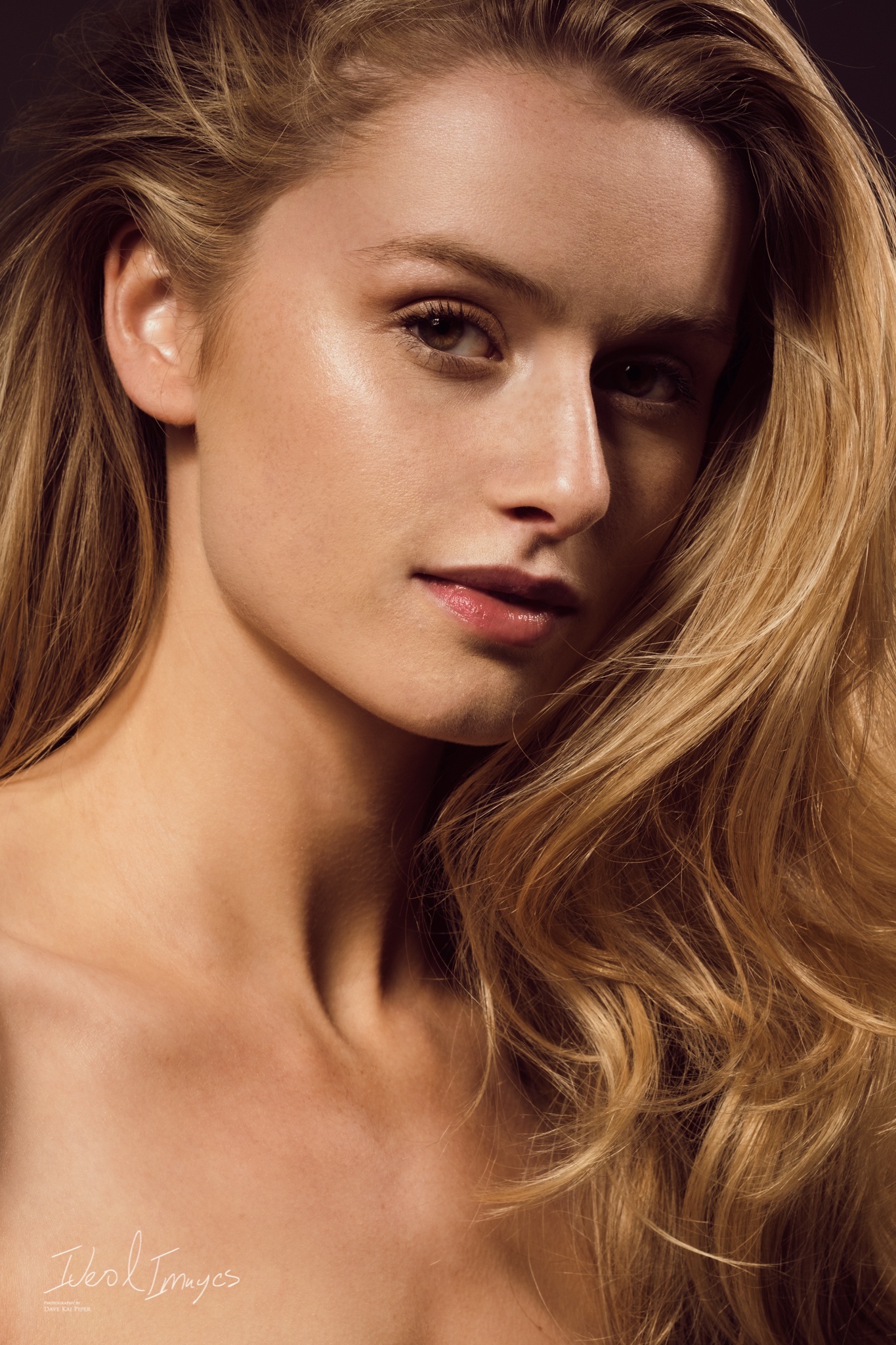 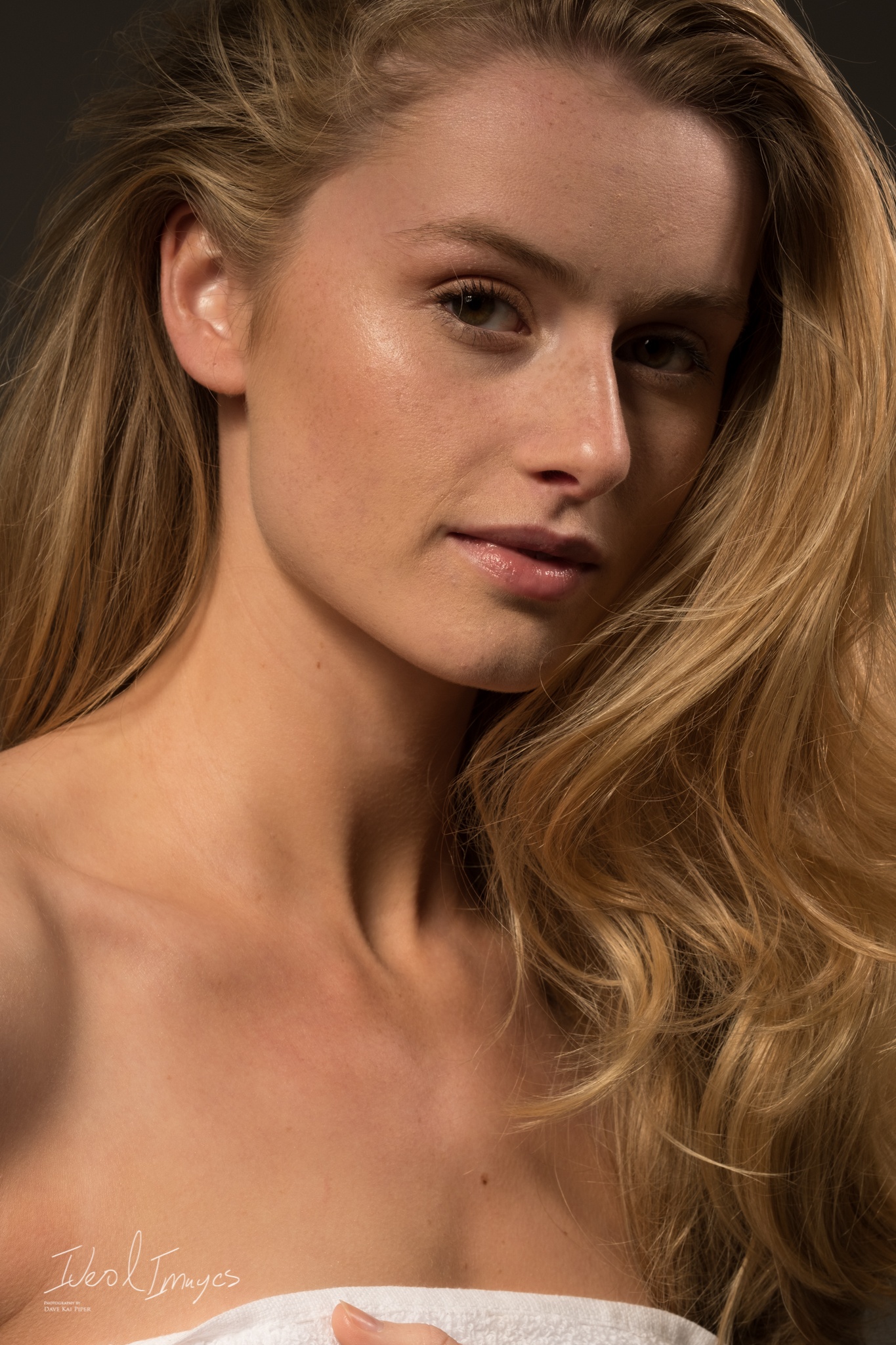 is a UK based Fashion & Portrait Photographer. As well as being a Pentax Ambassador, Fuji X-Photographer, 3 legged thing & Lexar Ambassador, DKP works as a consultant though Ideas & Images for such companies as Future Publishing. DKP is also an Adobe Community Professional. You can follow Dave on his Blog, Facebook and Twitter.

Take a peek behind the scenes of magical “Frozen” photo shoot for Vanity Fair
« Two tips for removing reflections from eyeglasses
Affinity Photo: can it give Adobe a run for its money? »