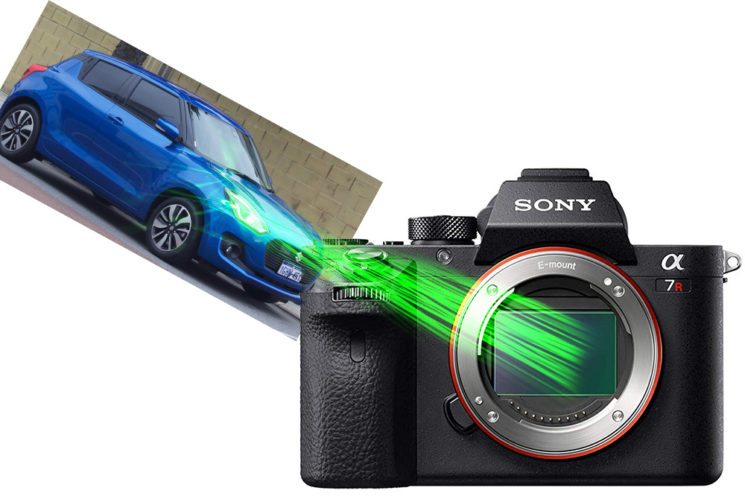 We know show lasers are dangerous to cameras. Heck, we all remember that RED sensor getting fried from a direct laser hit in a light show. With self-driving cards anticipated to rule the roads, the world may become a totally unsafe place for cameras.

Ars Technica reports that During CES  Jit Ray Chowdhury, an autonomous vehicle engineer at the startup Ridecell, took some photos of a car equipped with lidars made by AEye. He used a $1,998.00  Sony a7R II. Later, Mr. Chowdhury noticed that all the photos he took after taking that car photos had a couple of bright purple spots on them. Each spot being the center of a cross-like purple pattern.

He told Ars Technica that

All my pictures were having that spot, I covered up the camera with the lens cap and the spots are there—it’s burned into the sensor

Here are the shots that Mr. Chowdhury took with the lidar units on top. 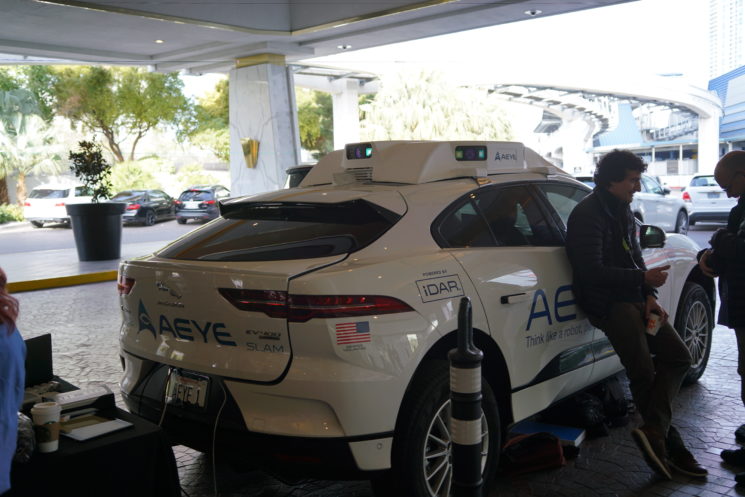 and here is a closeup of those same photos showing the marks. 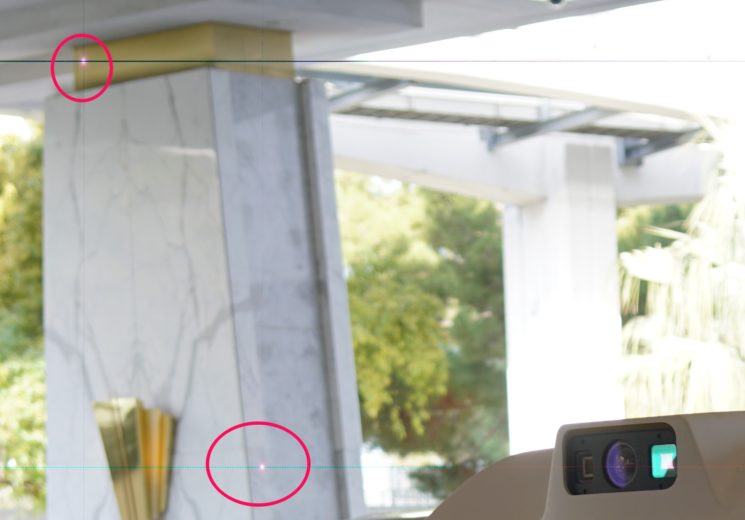 And here is the photo that was taken with the lens cap off, showing sensor damage 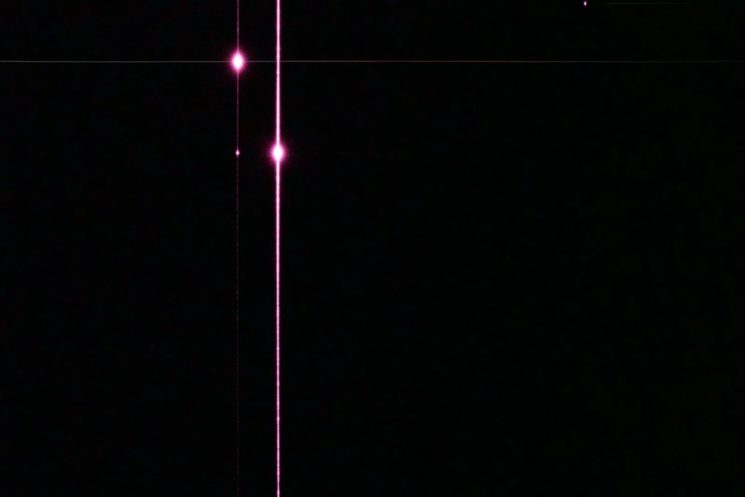 Lastly, here are some of the photos taken showing that same bright purple cross pattern in various exposure conditions 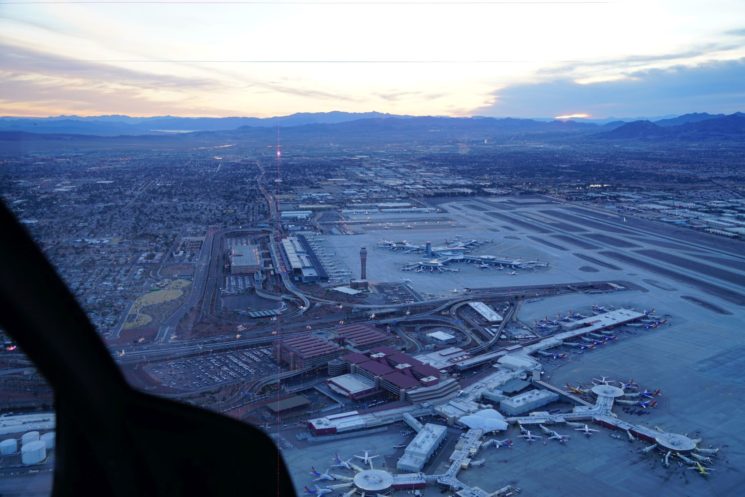 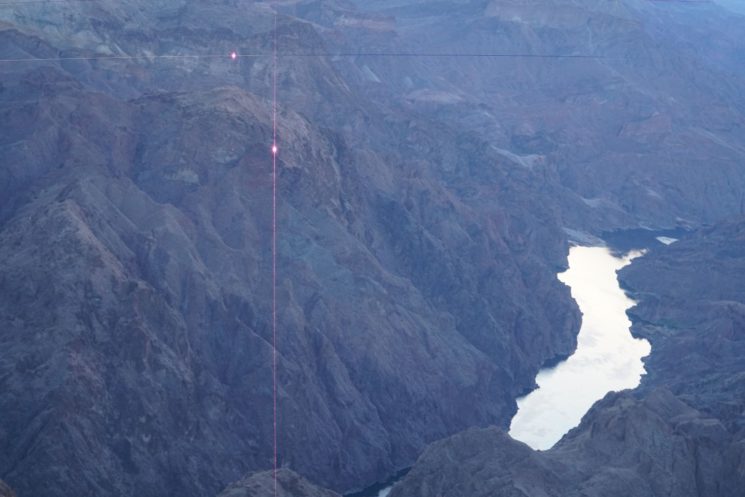 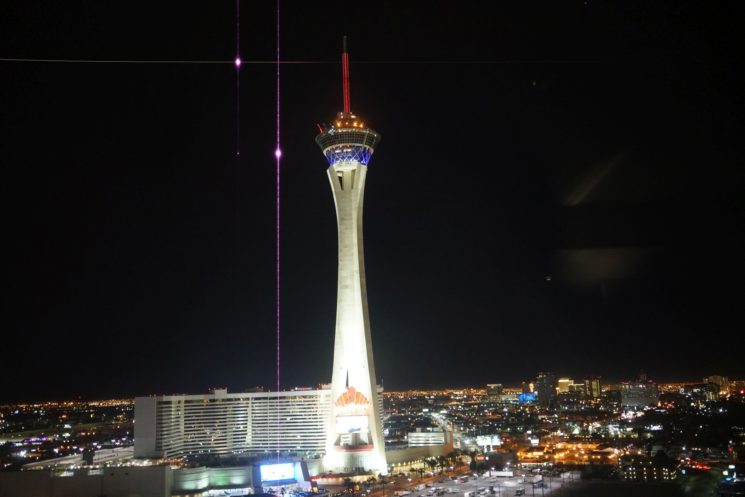 AEye CEO, Luis Dussan, told Ars Technica that “Cameras are up to 1000x more sensitive to lasers than eyeballs,” Dussan wrote. “Occasionally, this can cause thermal damage to a camera’s focal plane array.” He did not confirm or deny that the lidars can cause damage to camera sensors.

Chowdhury says that AEye has offered to buy him a new camera.

What is Lidar, and is it dangerous to cameras?

Lidar is a crucial component in the autonomous cars industry. It is a Sonar-like device, only it uses light instead of sound to measure the proximity of objects. While lidar is often referred to as a sensor, it is actually an active component and does more than just “sense”. A lidar sensor sends light into the air and measures how long it takes to come back.

Self-driving cars relay on lidars, but they also rely on “conventional” cameras. If Lidar is indeed capable of damaging cameras, this is bad news to the entire autonomous cars industry. Statistically, since some areas are filled with (semi)autonomous cars and photographers alike and this is the first that we’ve heard about such incident, I would like to speculate that not all lidars will harm a camera.

Dussan also told Ars Technica that AEye is “fully committed to implementing mitigation technology” and described camera safety as “a complex issue that the entire LiDAR and laser community will need to address.” Which to me reads that even if not common, the issue of protecting cameras from lidars is known. As I mentioned before, the stats show that this is not a common problem.

Mr Chowdhury tells DIYP that: the ones [lidars] already in streets on self-driving cars are not doing this, and I know quite certainly as I have photographed almost all of them while in operation, and that too very closely. That said all LIDAR manufactures should do they own test and disclose how camera safe they are, and what we can do to keep cameras safe. Unfortunately, we discovered it with one particular companies LIDAR, but they might not be the only LIDAR capable of doing this to a camera, as I know a few other companies using similar tech that might cause this problem.

Just as a reminder. While Lidars are not as powerful as lasers, here are a few short videos demonstrating how a party laser projector can kill CMOS sensor.

[via Ars Technica, illustration based on Wikimedia Common]

Why Self Driving Cars Will Never Fly

Stabilizing Your Camera In A Driving Car