Obviously this has not been a good week for expensive gear. After reporting on the $10,000 split-in-half Nikon Lens yesterday, we sadly inform that in a battle between a laser show and a $20,000 RED Epic, the laser won.

This particular RED Epic was used to shoot the Electric Daisy Carnival 2013 in Chicago where a massive display of stage lasers takes place. It took the laser not longer than a split second to change the sensor into pic collage.

Here is a comparison of how the image goes out of the RED before and after it got hit by the laser: 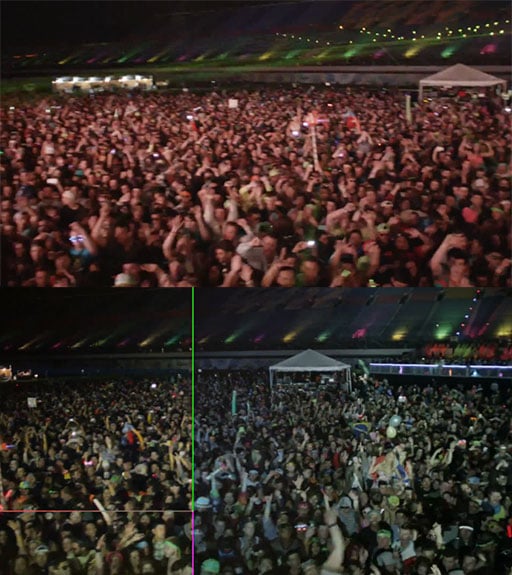 It is no wonder people are using lasers to hit camera sensor when wanting some privacy.

Here is a video showing how massive the laser show was (though it only took one beam to nuke the RED).

« Frozen Nikon 600Mm F/4.0G Falls 4 Meters To Frozen Tundra, Breaks In Half
How to Build A Back-lit Vintage Photo Display »