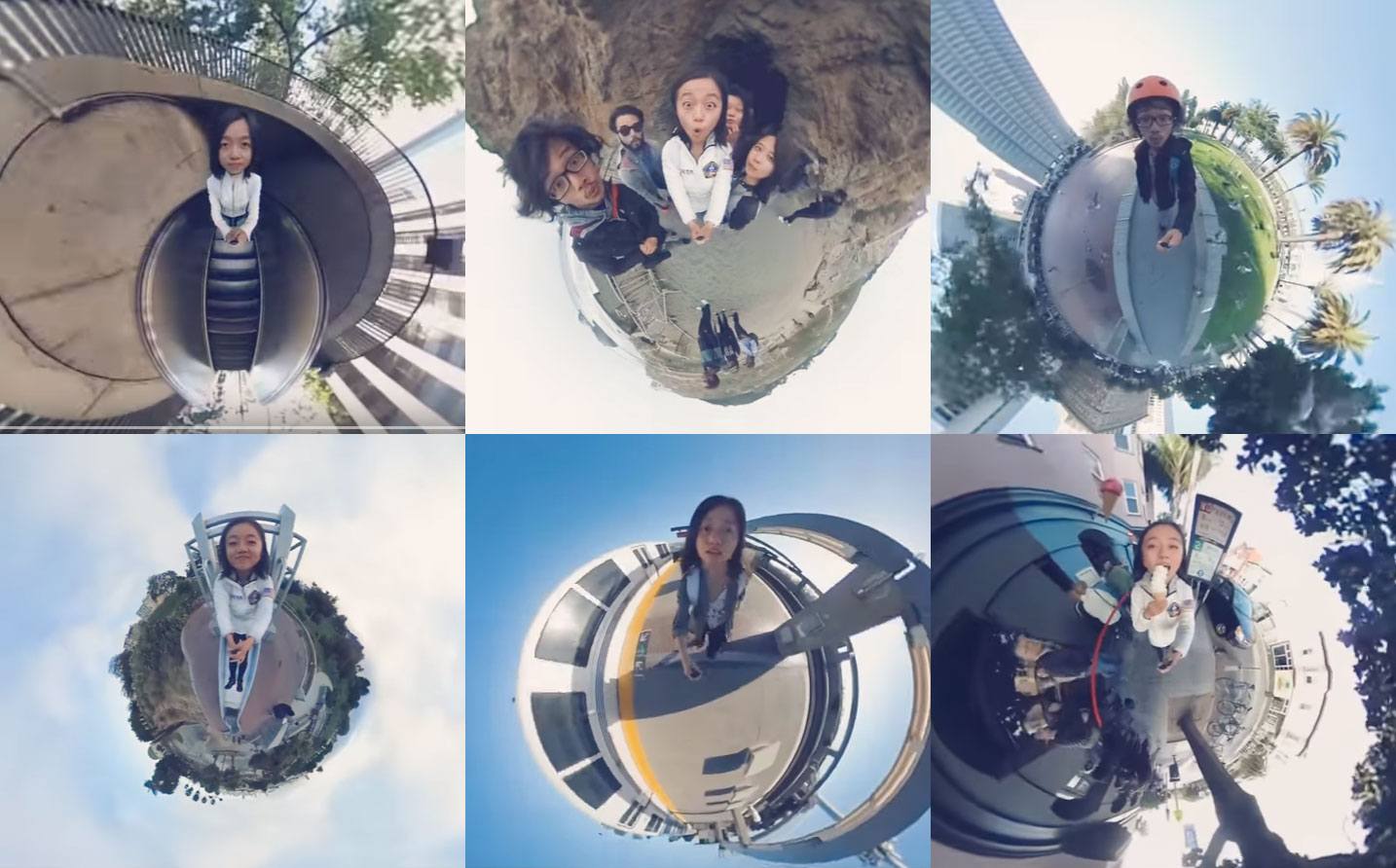 Over the years we shared quite a few little planet videos. Most involved building an elaborate gopro rig which can hold six cameras. Kinda like this one.

But, camera makers realized the potential in photographing at 360 degrees, they’ve started making dedicated 360 cameras. This means that instead of 3D printing (or worse, buying) a 360 rig, you can buy a small camera like the Theta S and only use one camera.

The secret lies in  how you edit the video. Instead of making it as real as possible, you “zoom out” until the view turns into a ball.

The obvious plus is the streamlined process which does not require 6+ cameras, a rig and post production stitching. The caveat, the Theta S records at full HD which is distributed on an entire sphere. Far from the 4K-6K you would get from a gopro array. If only there was an easy way to combine the Theta S workflow with the resolution of the gopro array, it would be awesome!