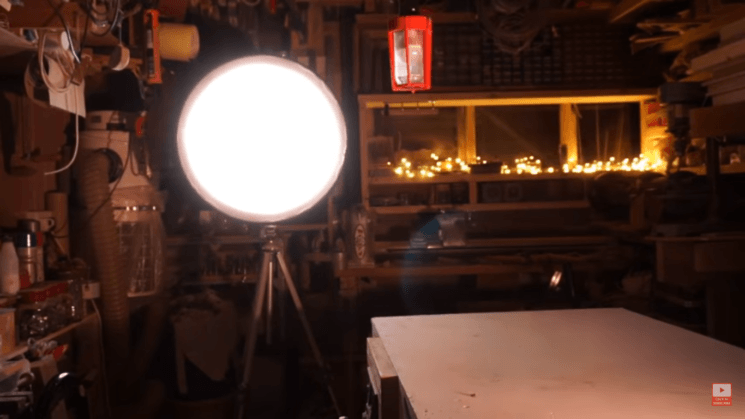 There are plenty of fantastic DIY softbox solutions, but this one is definitely something I haven’t seen before. To make it, you’ll need an old bicycle wheel. It doesn’t only make a great softbox, but it looks really cool, too. So, if that old bicycle is just collecting dust in the garage, maybe it’s time to repurpose it. In this video, Prickly Sauce will show you how.

This tutorial requests some sewing, which is not one of my strongest skills. Actually, I even recently sold the sewing machine. So if you’re like me, I believe there’s no problem a glue gun or adhesive wouldn’t solve instead of sewing. Also, you can try and stretch the fabric over the rim and then attach the tire which will hold it. Although, you’ll probably need an extra pair of hands for that. You can try either way, and if nothing works – ask a friend who owns a sewing machine to sew it for you, and you can pay back by taking photos of them and lighting them with your new softbox. ;)

[Softbox light how to make via No Film School, Instructables]