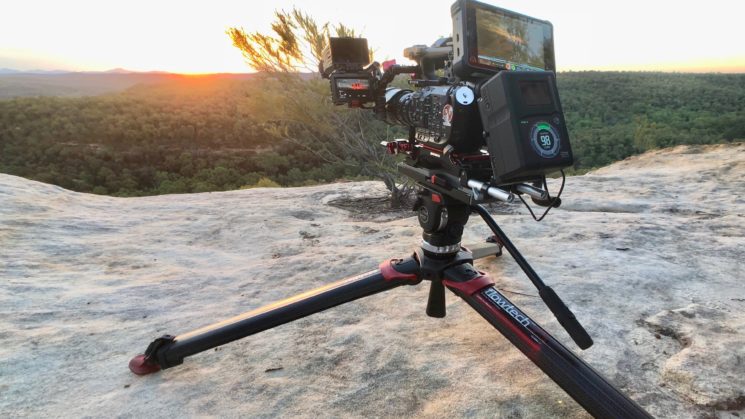 I don’t know about you, but I’m super paranoid about my gear when I travel, which is pretty often these days. I am a big fan of ThinkTank bags and so have all my lenses, batteries and cameras in carryon ThinkTank bags, which may or may not weigh the required 7kgs that most economy class limits require.

I only check in tripods and other gear that is either super sturdy or, if it gets broken or lost, is not going to cost me a fortune and stop me from shooting. It would be a pain to not have lights, or tripods or sliders on a shoot. But it would be impossible to do the shoot without cameras, lenses and batteries.

So that takes care of my gear, but another very important thing that I am bringing to the shoot that I should look after a lot better, is me and my crew. We are right now sitting in the airport on a layover back from a three-day shoot in the Australian, I want to say Outback, but it wasn’t really. We were shooting in the country.

Being in the country, this shoot involved a lot of walking, climbing and, in some cases, crawling to get to the spots that we wanted to shoot. And, of course, we’re trekking along with a fair bit of gear. It was also pretty long days as we wanted to be up to shoot the sunrise, sunsets and a bunch of interviews with subjects in situ (in the environment that they are being interviewed about).

For this shoot, we went relatively, light. I was shooting with my Sony Fs5, going into the Atomos Shogun as the producer wanted to shoot in 4K. I would normally not rig up the camera too much for a shoot like this and just use smaller batteries. But on this shoot, since we were going to be not near any power most of the day, I need to rig the camera up for the V-lock batteries I was going to use. The beauty of the V-locks is that they will power the Fs5 and the shogun for about three hours each and so I can get through a whole day with just three or four of them.

The disadvantage to all of this, of course, is that it’s a lot gear to schlep on your back when getting to the locations and almost just as much on your shoulder when you’re shooting. Keep in mind when you add the V-lock batteries it’s not just the batteries, you now have to have a baseplate and rods to attach and carry the batteries with your camera. One way to try and minimise the impact on your back is to shoot on a tripod as much as possible. Of course, this means you’re carrying a tripod up a small mountain too but it can’t be helped and you really don’t want to be shooting interviews without a tripod.

So just to recap, you’re waking up at about 05:30 and not going to sleep till around 23:30. You’re walking maybe 10km-20km per day in 30c-42c degree temperatures. You’re carrying about 20kg-25kg of gear on your back and once you get to where you’re going, you need to be focused on setting up that gear and getting the shots you need.

So, what steps – pun intended – can you take to try and minimize the impact of all this on your body?

Do your research! Check what the weather is going to be like for the whole shoot. Also, check what kind of terrain you may be in. Will just a regular hire car do the job or are you going to need a 4X4? 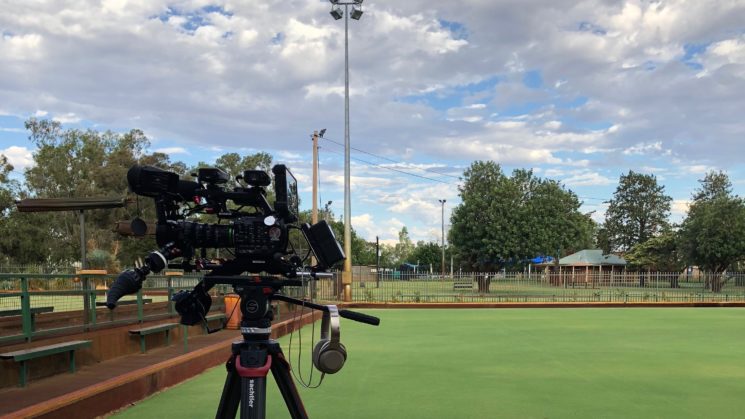 Make sure you have very, very comfortable shoes. I’ve got a really great pair of walking shoes and even with those, after the last three days my puppies are barking.

Have comfortable and practical clothes. I know those cargo pants have tons of pockets to store all your gear on the walk but are they the right trousers for walking 10km in the heat?

Have a medical kit. Even if you’re not going out of “civilization”, you should always have a little first aid kit with you. I have one in the boot/trunk of the car. Also, don’t forget to replace it every few years. I had no idea but medical stuff has expiry dates. 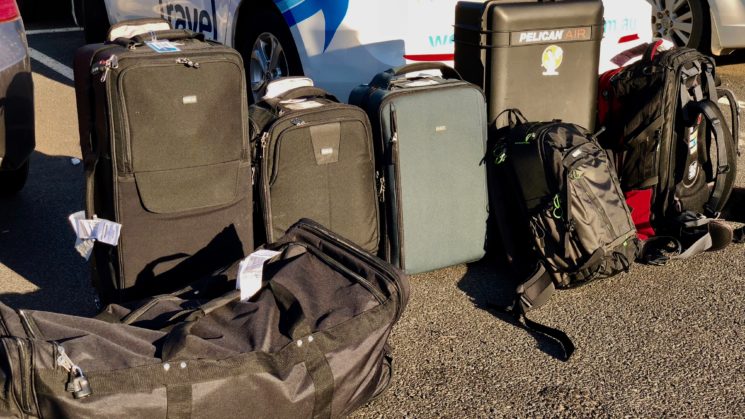 Know your limits. I know I am not in the best shape in the world, so I am not going to pack 40kg to schlep up even a small hill for an extended period of time. If you’re planning your shoot schedule, don’t try to pack in too much. On this last shoot we had a big event to shoot on the first day and an even bigger event to shoot on the third day, so we tried to keep the shooting schedule pretty light on day three so that we had lots of energy to finish big on that shoot.

I appreciate that a lot of these steps seem pretty obvious and they are, but it’s very easy to get carried away with the excitement of a shoot and not even notice that you’ve done something to yourself. I had a shoot once where I thought I’d just stepped on something small, kept shooting and only realized about 30 minutes later that I had a nail sticking out of the side of my shoe and about a quarter of an inch into my foot. Yes, that’s how focused I was on what I was shooting.

So boys and girls, be sure to take your vitamins, wear comfy shoots and take a moment to stop and smell the roses, or check if that pinch is a nail sticking out of your foot. :) 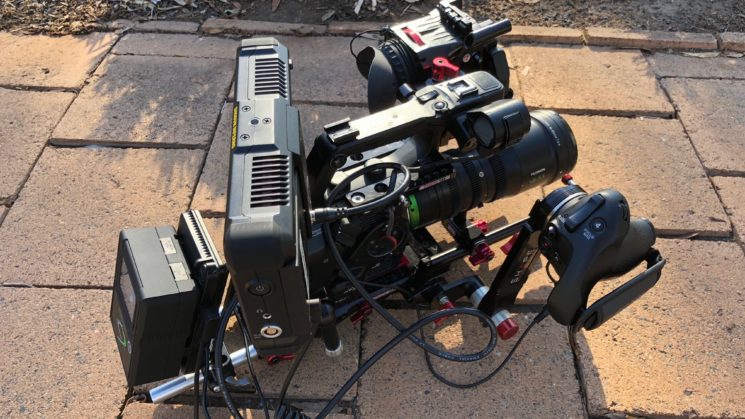 How to make yourself invisible in light painting photos

« These photo-tiles turn a bathroom into an apartment block and bring the outdoors inside
Copy photos styles with NVIDIA’s A.I. (yea, A.I. and copy in the same title) »