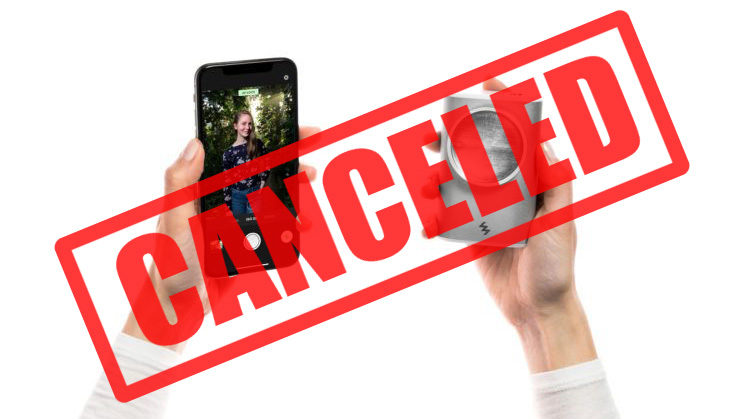 Last month, a promising Kickstarter campaign was launched to fund LIT Flash, a powerful xenon wireless flash for smartphone photography. It seemed like a good idea and the project quickly exceeded funds. However, after reevaluating the project – it was canceled and the campaign is now closed.

In a statement on the Kickstarter page, LIT creators write:

After doing some additional calculations during the campaign, we realized we won’t be able to make it a reality with just our initially set funding goal and newly uncovered product ambitions.

Based on the current funding rate, we might be able to push the product development and production through, but it would take considerably more funds to make it in a way that would meet our high standards.

The campaign’s funding goal was $40,000 and there were $65,088 pledged before the project was canceled. In case you made a pledge, LIT team notes your money won’t be collected. They add that the project has only been canceled for now, but that they might revisit Kickstarter at some later time with a new campaign.

I’m glad to see that the makers are being realistic about the project, but also that they’re being honest. I think that this is fair to their supporters, and I hope that they’ll have more success with the upcoming projects.