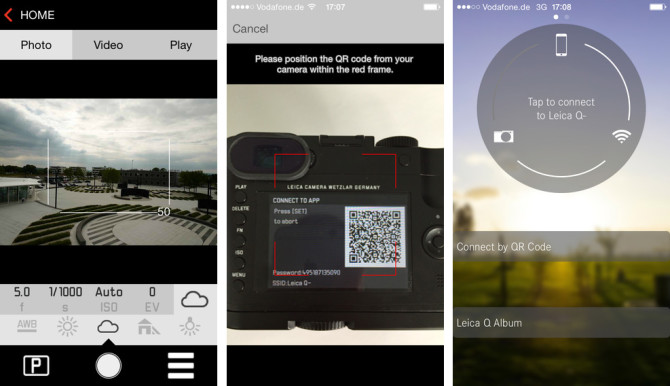 The specs and a first image of the Leica Q Type 116 leaked almost a week ago, with one of the features being remote control via smartphones and tablets.

The said app has now been released ahead and users can play around with it while they wait for the actual camera.

The camera itself is expected to be announced within a couple of hours.

The ‘Leica Q’ app is currently available on iTunes and Google Play.

Below is the app description from iTunes:

Take, view and share photos.
The Leica Q app connects your camera to your iPhone or iPad.
It allows you to remote control your camera and gives you access to your images.

Android users will save a bit of space on their phones as the app in Google Play is only 2.3 MB. It requires Android 4.0 and up.

Check back soon for updates on the camera’s announcement.