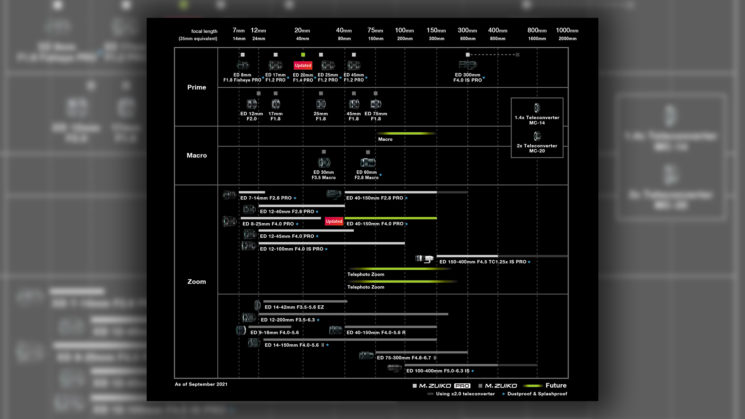 OM Digital Services has announced a new lens roadmap for Olympus M.Zuiko lenses apparently scheduled to be released. There aren’t a lot of changes, but there are a couple of interesting new lenses being added, including an ED 20mm f/1.4 Pro and a 40-150mm f/4 Pro. 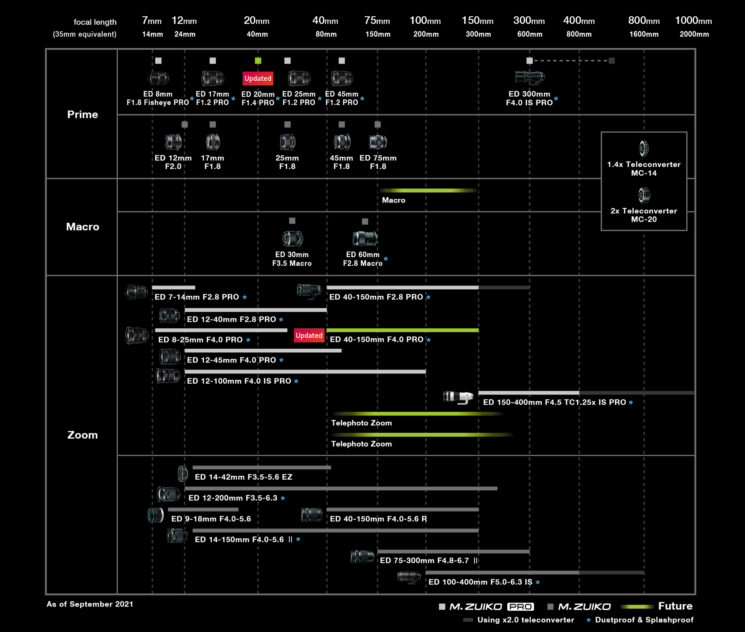 Naturally, there’s no word on exactly when we might see a release date for either of the lenses, but the 20mm f/1.4 was rumoured in July and now OM Digital has confirmed that it’s coming. The rumour at the time suggested that the 20mm f/1.4 Pro would become the first of a new line of f/1.4 Pro primes that should hopefully be a little less expensive than their f/1.2 Pro primes.

One thing notably missing from the road map and something that a lot of people seem to be asking for is a long macro range of the 100mm variety. Whether or not we’ll see one of those added in the next few months remains to be seen. As do official announcements for the 20mm f/1.4 Pro and 40-150mm f/4 Pro lenses.

We’ll keep you posted as we hear more. What lens do you want them to add to the roadmap?