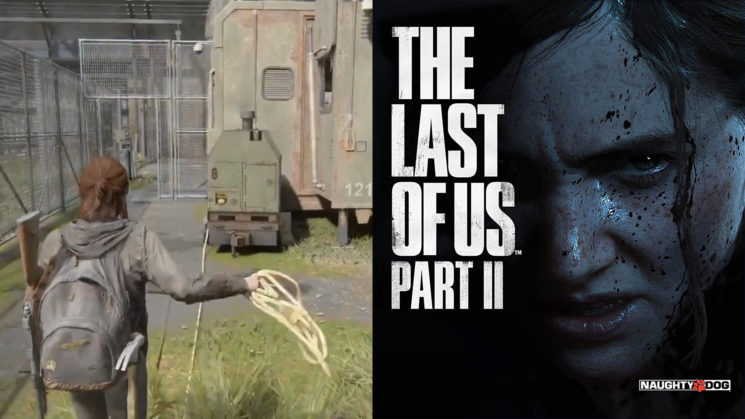 Cables seem to be popping up more and more in our lives lately, whether it’s power cables, USB cables or whatever. And as many of us have shifted our attention towards video, there are even more, with HDMI and microphone cables. But cables require care, especially the expensive ones. There are ways to wrap them up properly and definitely ways you don’t want to wrap them.

But what does this have to do with video games? Well, The Last of Us Part 2, it seems, has taken this mindset to heart, to provide more realism. It shows pretty much perfect techniques for wrapping cables and ropes that never tangle and come loose when thrown.

Ok, yes, it’s a video game, and they can fudge it so that they never tangle, even if they are – which is what they’ve done for years – but now it’s actually based on the real world, with realistic technique and some pretty crazy physics and CG advancement. The developer of this particular animation also posted to Twitter, talking about the “insane” amount of code required to make it happen.

This attention to detail and realism isn’t just confined to ropes and cables, either. Other clips of the game posted to Twitter show some amazing cloth interactions, too.

There's a scene in The Last of Us 2 where a character just…takes a shirt off, over their head, without any clipping, and it's probably the most technically impressive thing I've ever seen in a game?? Like have you ever seen a character do this in a game before? pic.twitter.com/v4AvYe0JGz

So, why, as photographers, do we care? Well, aside from reminding you to learn how to wrap cables properly (it’s for your own good!) this is all being generated on the Playstation 4 in realtime. The recently announced Playstation 5 is reported to completely blow it away when it comes to performance.

Again, why do we care? With the paranoia around product photographers losing work to CG, and even human photography potentially becoming obsolete as computers become faster and software gets more capable and realistic and we’re learning more and more just how essential we’re not, we’re all being forced to step up our game to remain competitive.

I still think we’re a few years off being replaced just yet, but the future might not be as far away as some of us think – especially for certain genres of photography and even filmmaking.

Jeff Cable opens up about shooting the Canon EOS R3 – Is it really any good?

From Shooting To Post Production: How To Balance Flash With Ambient Light