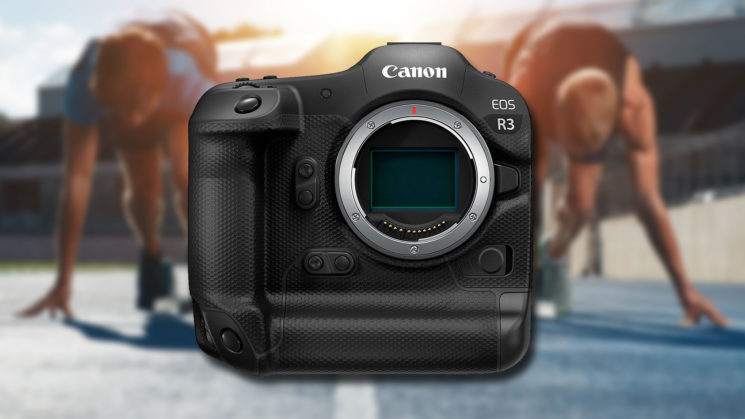 Digital Photo Pro has posted an interesting interview with photographer Jeff Cable who recently had the opportunity to give the new Canon EOS R3 a good workout during the Tokyo Olympics. There’s been a lot of hype about the camera since it was initially announced, but does it live up to it?

This is why I say that the interview is interesting because while it is an overall positive review, Jeff doesn’t really sugarcoat anything. He talks about what he loves, what he’s not so keen on, how good the Eye Controlled autofocus system is and when it can’t really do what’s demanded.

When asked about his first impressions, Jeff initially comments on its size. Despite using the same batteries as Canon’s still-current (until the EOS R3 starts shipping in November) Canon EOS 1DX Mark III, he says that it’s significantly smaller, lighter and easier to carry between the various events he covered during the Olympics. But that wasn’t the only thing he spoke highly of.

But even more important to me was the camera’s overall speed. The R3 has really fast and accurate focusing and an incredibly fast frame rate. It can’t be overstated how key this is to sports photography and to pretty much any type of photography that involves capturing action. For some events at the Olympics where I was looking for a specific reaction shot, being able to shoot 30 frames per second helped me nail it.

The Eye Controlled AF also made a big impression with Jeff. He did find that during some sports, it wasn’t locking fast enough, so he disabled it and went to his usual back-button focus. He says, though, that it might simply be down to his lack of time being able to really learn how to use it effectively. When it worked, though, he says it worked very well and made his life easy. I don’t think I ever heard anybody call Canon’s previous attempts at Eye Controlled AF “easy”, so that definitely sounds like a step in the right direction!

Naturally, a blackout-free EVF that shows you exactly what your exposure’s going to look like before you even hit the shutter is also an obvious bonus over a DSLR. Jeff also says that face detection is also greatly improved over the EOS R5 and EOS R6, not to mention the fast CFexpress Type B card slot. But that card slot can be slowed down depending on your shooting settings, which Jeff describes as his least favourite aspect of the EOS R3.

It was really a drag. I missed some key shots because of it. I was shooting [American gymnast] Jade [Carey] during the floor exercises, and she came off the floor with a huge smile and I missed it. The camera locked up [as the buffer tried to clear] and by the time it had freed up, she was already off the floor. If I was shooting RAW only, I wouldn’t have missed it.

Despite the SD card slowing things down, though, it appears that Jeff is well and truly won over by the Canon EOS R3. For events like the Olympics, “it’s a no brainer”, he says and should perform extremely well for non-sporting events, too.

Check out the complete interview over on Digital Photo Pro. If you want to find out more about Jeff’s experiences shooting the Tokyo Olympics from before he could admit he was using the EOS R3, have a read of this.

Have you pre-ordered one yet? If you haven’t, you’ll be in for a long wait!