Videographer Gavin Heffernan shot KINGS at Kings Canyon National Park in California. They shot for two days discovering some of the most amazing night skies.

While the shoot was mostly peaceful, the wildlife of the park did come over to say hello, including a wild bear that came to check if shooting with the full frame EOD 6D was as good as their whisper in the meadows.  If you read this before you started watching make sure to go full screen screen and turn the volume up. You can than hit the jump for the BTS and bears.

Gavin shares that he shot the movie in the course of three days and two nights using pretty minimal gear:

We arrived on the summer solstice of June 21st, 2014 and shot for 3 days and two nights. Most night shots were captured with 25 second exposures on two Canon EOS 6D‘s with a variety of wide, fast lenses, including a 24mm f1/4 and 28mm f1/8. The star trails effect is created by tracing rotations of the Earth’s axis, using long exposures and a freeware rendering program called STARSTAX.

Unlike the desolate deserts of shoots past, these locations were teeming with wildlife – from native trout running in the streams, to deer so tame they’d walk right up to you. Our most exciting nature encounter to date came when a big brown bear stumbled upon us as we were setting up a timelapse! (see the entire encounter in behind the scenes doc here: vimeo.com/102038182 at 2:29). This doc also includes other amazing parts of the parks we saw (Giant Sequoias etc) but couldn’t quite fit into this one timelapse. 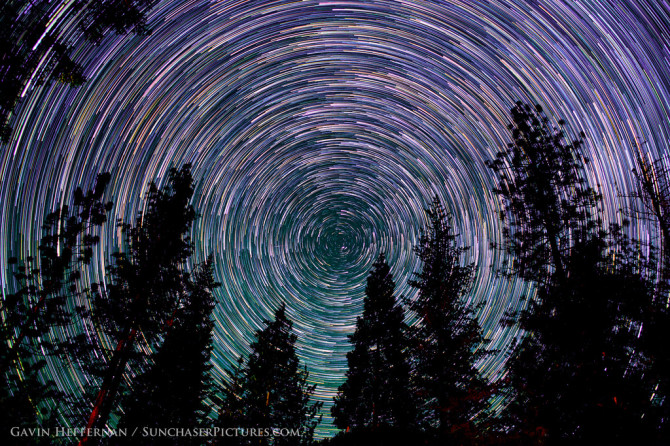 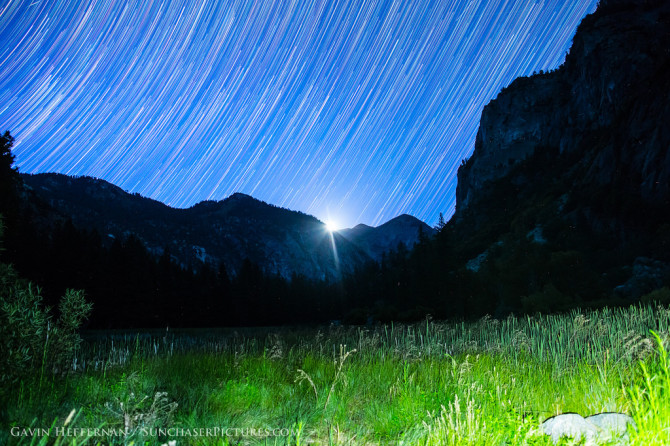 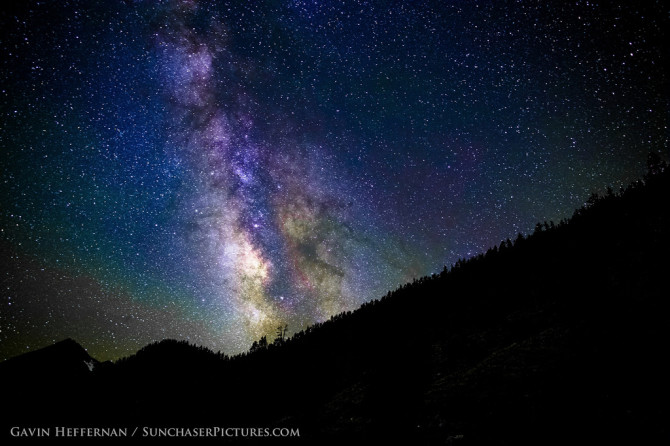 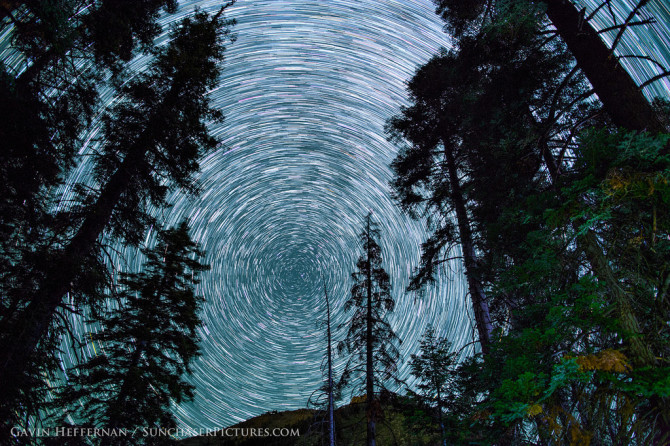 You can see the full BTS below:

This timelapse shows rare and beautiful phenomenon in Grand Canyon

« Move Over Schlieren, Scientists Are Upping The Sound Wave Photography Ante
Pentax’s New Announcements: A Camera With Looks to Kill And A Wide-Angle Lens »