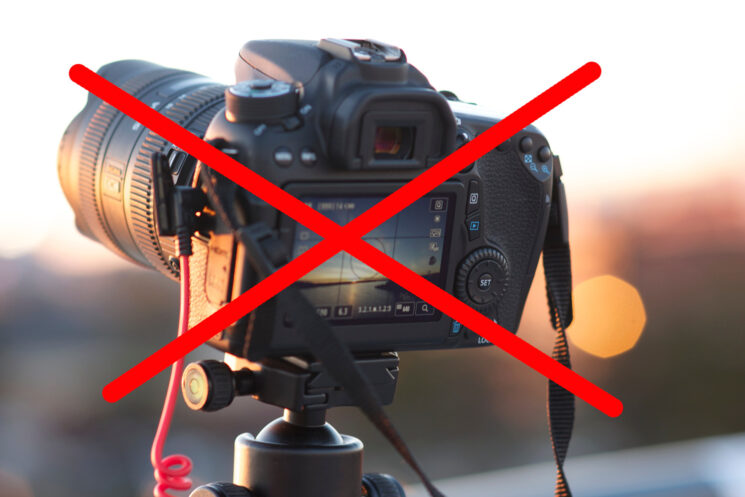 The end of year report for Japanese camera sales in 2021 has been published, and it’s a little surprising, to say the least! No DSLRs, Nikon or Full Frame camera reached the top 10 in sales. While we hear the most noise about the biggest, newest and most expensive cameras, it’s worth noting that often those are not the most popular in terms of what people actually buy.

The list itself was compiled by Japanese body BCN Retail and the data accounts for around 40% of Japan’s sales market including the nation’s major camera retailers.

As you can see from the list above it is largely dominated by APS-C and four-thirds cameras, many of which are three or four years old. The only new camera to make the list is the Sony ZV-E10 which is again a smaller mirrorless APS-C camera.

The other interesting feature is the distinct lack of any Nikon brand cameras appearing in the top 10. Could it be that (in Japan at least) people are preferring smaller, lighter, more casual cameras that fit a content-creator lifestyle as opposed to a “serious professional photographer” outlook, whatever that is?

Perhaps the one thing that we shouldn’t be so surprised about is the price point of these cameras. Most are between $600-$800, which for the majority of enthusiasts and people wanting to take good photos but not wanting to invest in a fully pro-level camera seems like a decent balance of price to value.

Along with the declaration from Canon recently that it will be leaving DSLRs behind in the next few years, I think the writing is firmly on the wall that the days of big chunky DSLRs are numbered, at least for the average photographer.

Are you new to photography? Still trying to figure out what camera you want to buy? Check out our beginner camera buying guide here.

I analysed 50 top landscape photographers selling NFTs on foundation. Here’s what I learned