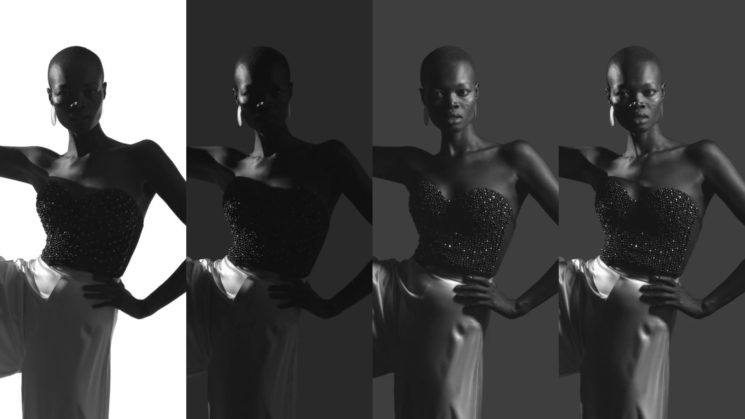 And we’re not talking iPhone Portrait Lighting mode here. This is light actually recorded on-set, that can be adjusted and changed in post. It’s a bit like how you can relight objects in 3D software, but there’s no 3D software in use here, this is all captured in-camera, thanks to Isolite. It’s a new series of light modifiers being funded through Kickstarter.

Describing itself as “The World’s First Intelligent Light Modifier”, Isolite claims to actually let you turn lights on or off in post. And it’s not simply brightening and darkening different areas of the image, it actually knows how each of the different lights are contributing to the shot. It works with almost any camera (that shoots raw) and just about any flash or strobe, too.

It’s an interesting bit of kit. Essentially, you set up your lights with the Isolite modifiers and then take your shot as normal. The Isolite software processes the raw file from your camera, you adjust your lighting, and then it saves out a fresh DNG with baked in lighting that you can edit in Lightroom, Adobe Camera Raw, Capture One, or whatever. 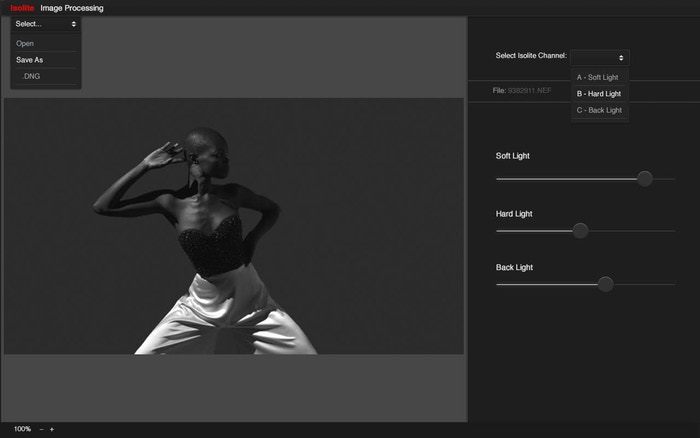 Isolite has been developed by Phototechnica Inc., founded by artists, Christopher Gergley and Robert Arndt. The Kickstarter campaign has some pretty bold claims, but looking at the demos, and having seen the public demo at Photokina 2016, I have no doubt that they’re true.

That second to last one sounds very cool, actually. A neat idea for things like Instagram Stories, or YouTube’s new “Reels” feature. The only real downside to Isolite is that it’s limited to shooting just black and white photographs.

This is because it works by targeting specific wavelengths of light. Each modifier puts out a specific wavelength which then gets picked out in the raw by the Isolite software. With different lights on different wavelengths, it can easily determine how each one contributes to the overall shot and separate them.

I love the idea, although I’m not sure it would be very practical for my own work – mostly because I shoot almost exclusively on location. But for studio shooters who are producing black and white, and want to have a few more options in post? Sure, why not?

« These aerial photos will make you see familiar shapes in the surfs on the shore
This video shows how $80,000 RED cameras are made »