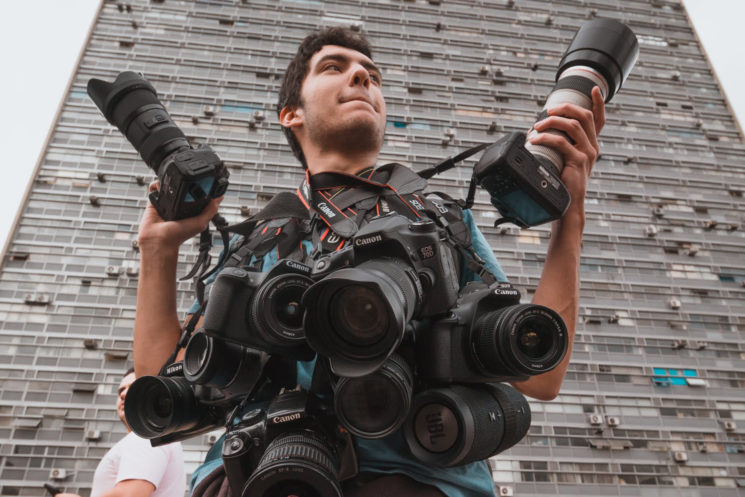 New gear is constantly being announced and cameras are getting better and better. Plus, at this time of the year, there are also *oh so tempting* Black Friday deals. So, to upgrade or not to upgrade, that is the question. In this video, Mark Denney shares his own answer to it and explains why you may not want to upgrade your gear just yet. And if you’re not sure when to do it, this video will definitely help you to make the right decision.

Mark has used a Sony A7R Mark II for four years now. He says that he didn’t really think much about the upgrade when the Mark III was announced. But this year’s Mark IV had him thinking more seriously: “Should I upgrade to the Sony A7R IV?”

If you’re having the same doubts, calculate the cost first. Mark researched a bit and figured out that he could get around $800 for his old camera. It would leave him with around $2,700 to give out of pocket if he wanted to buy an A7R Mark IV. Okay, for me, that’s a lot of money. For some of you, it may not be. But whatever the case is, think – does it make sense spending money on a new camera?

Now it’s time to think about the benefits and what you get if you upgrade. Mark notes that the Sony A7R Mark IV has a better battery life than his old camera, it has dual card slots and a touchscreen. It also has an improved weather sealing, slightly better dynamic range, and improved AF system. A great improvement is a 61MP sensor, compared to the 42MP sensor in his old camera. Well, those sure are many improvements. But dig deeper. How much do you need these upgrades? Do you need them at all?

In Mark’s case, he realized that some of these features would be nice to have, but he doesn’t need them that badly. In fact, with larger image resolution, he would also need to buy a more powerful computer and definitely more external storage. It would add up to the price he previously calculated. This is something to have in mind if you also want to switch to a camera with a bigger resolution.

After thinking it through, Mark realized that a new camera wasn’t going to make him a better photographer nor make any additional revenue for him. And if he was to spend $2,700 on it, it would be nice if it at least paid itself off after a while, right? So, he eventually decided to stick with his old camera, because it does the job and it has everything he needs.

Personally, I also don’t make rash decisions when choosing gear. Like Mark, I also do my research and think it through before upgrading. I ask myself: Is this camera/lens gonna help me be a better photographer or take better photos? Is it gonna give me something essential that my current camera doesn’t have? Since I don’t make money from photography, I know it won’t pay itself off. But I ask myself one more important question: Is this gonna make me happy?

Of course, I’m not saying you should never upgrade (neither does Mark). But I just believe that you shouldn’t do it impulsively. Do some research, think it through, and then make the decision. In fact, I believe that only this “rational upgrade” will really make you happy. But that’s just my opinion.

How do you decide when it is time for an upgrade? How often do you buy new gear? Let us know in the comments.

Don’t upgrade your camera unless it’s limiting you

This is why you probably shouldn’t upgrade your camera gear