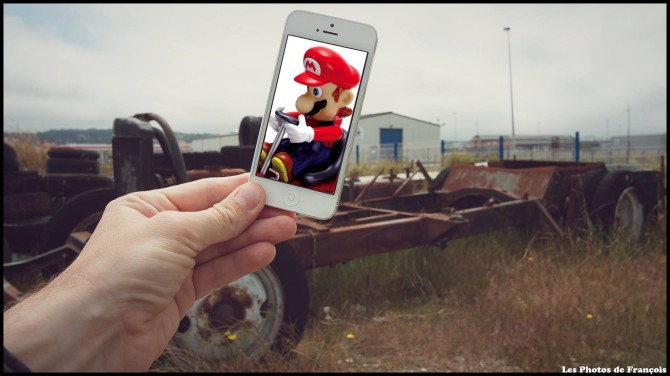 Not too long ago, François Dourlen, a history professor from France, had the idea to snap a silly picture of the Napoleon statue in Cherbourg,  in which he replaced the statue with a picture of My Little Pony that he pulled up on his iPhone. The amateur photographer took the photo as a joke to share among friends, but had so much fun making the original, he was inspired to make another. As positive feedback began pouring in, Douren made another and before you know it, he had an entire collection of these fun, pop culture inspired photos.

In each photo, Dourlen replaces a part of real life with an iPhone screen sized image that he perfectly positions in the frame. Most of the iPhone displayed images are pulled from popular scenes of various TV shows, video games, and movies–placing our most beloved characters into some rather interesting situations.

Dourlen doesn’t see the series simply as a project, but as a way to convey all the fun and quirky ideas he thinks about in his free time.

“Like many people, I always imagine weird things when I walk in the street, when I work or when I’m home. But I never found a good way to tell what goes through my head. I had finally found a way to tell all the stupid things that I think the time! And above all a way to show people what I have in the head. My associations of ideas. And above all a means of sharing.”

Here’s a quick look at some of his inventions, but be sure to head over to Dourlen’s Facebook page for the full experience. 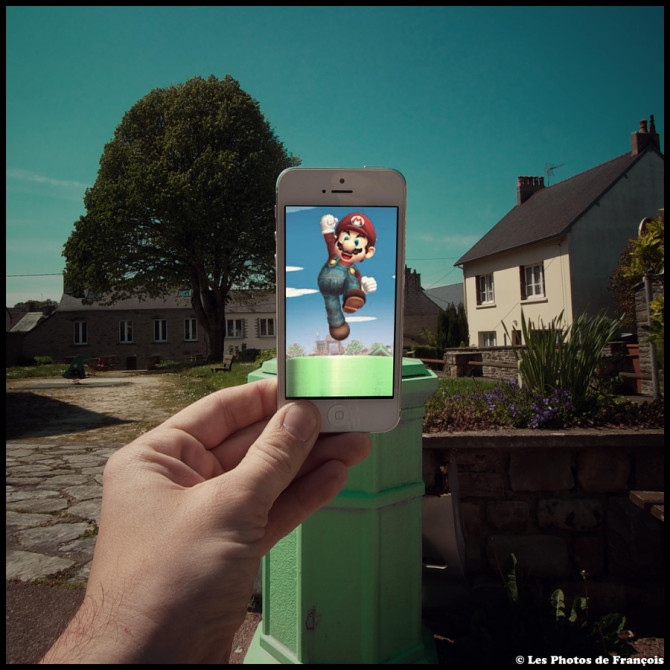 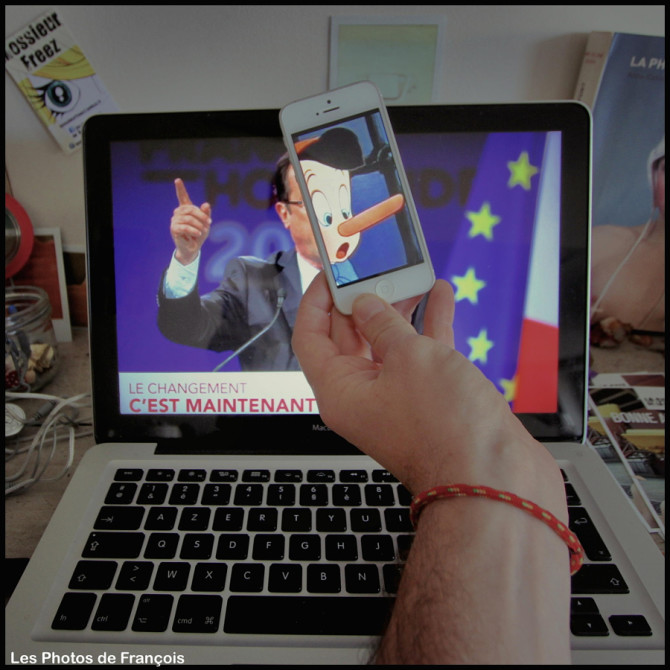 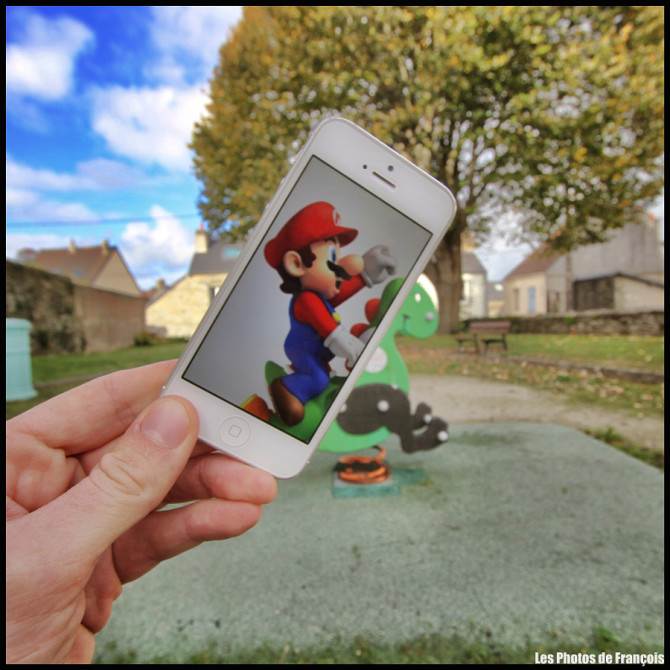 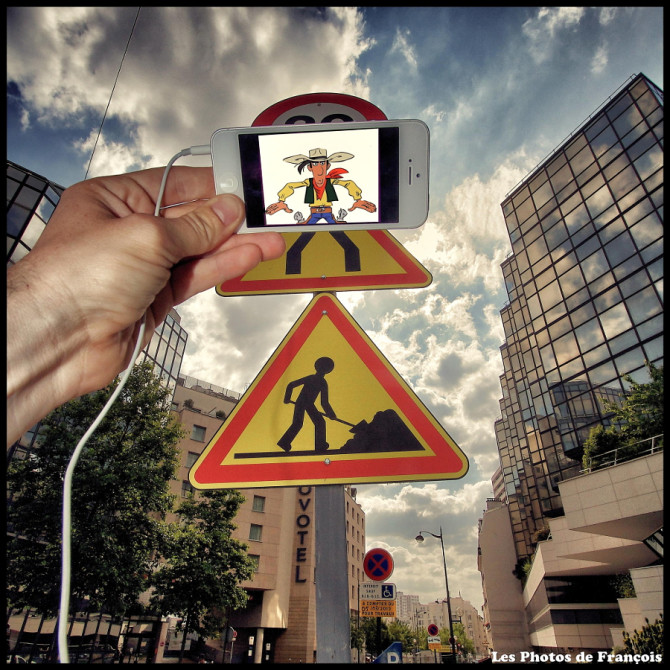 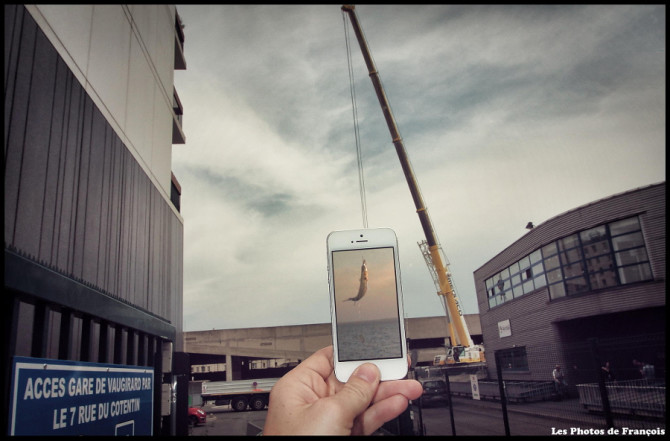 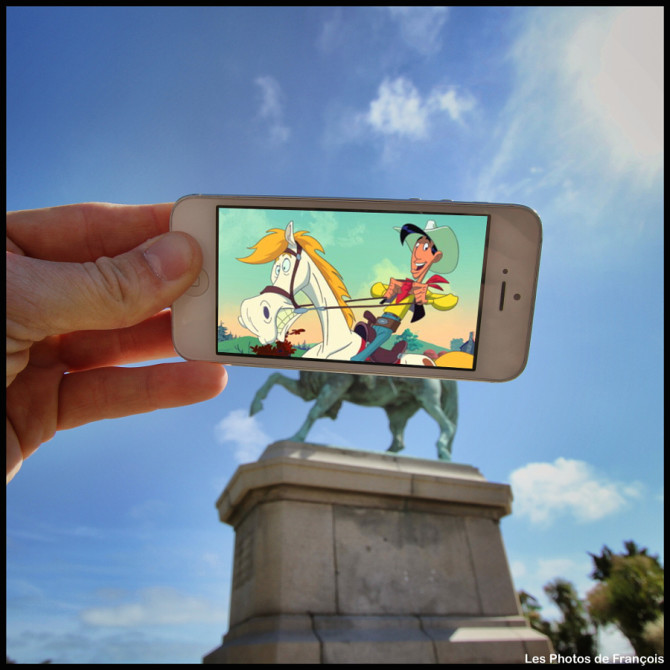 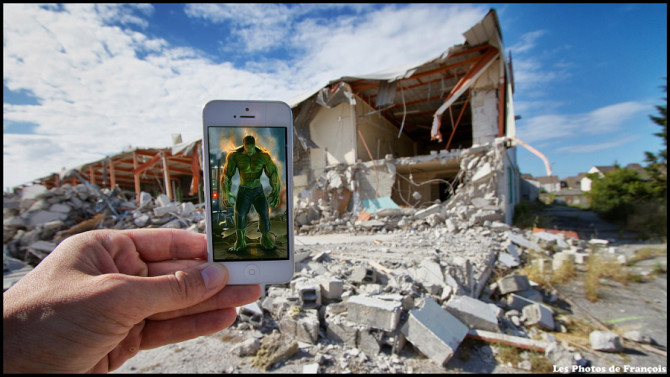 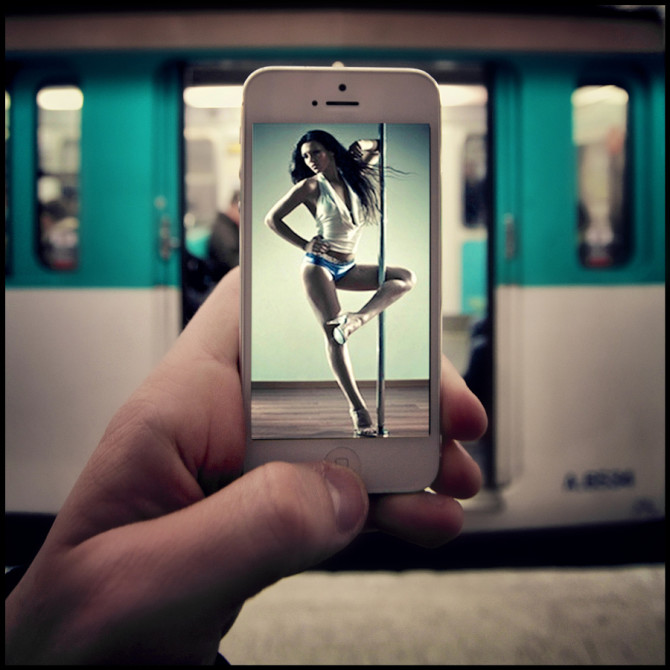 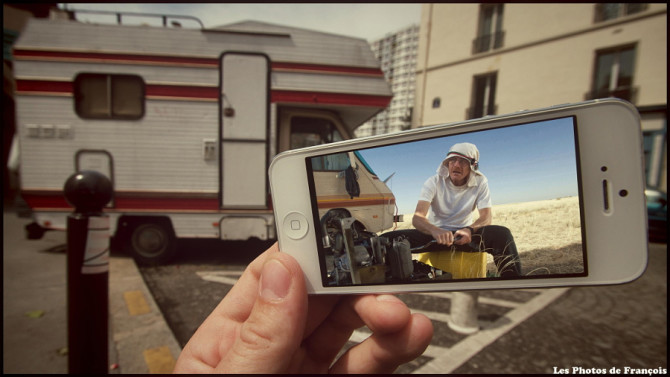 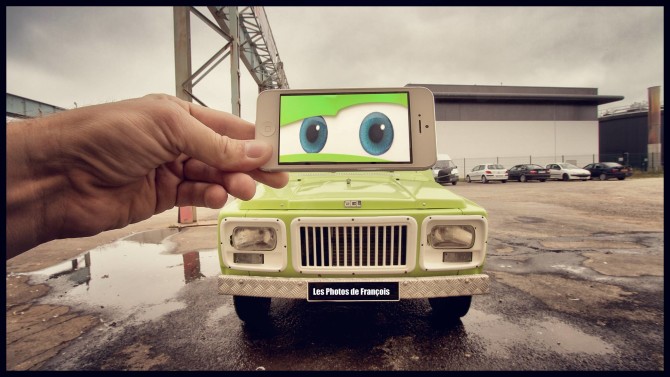 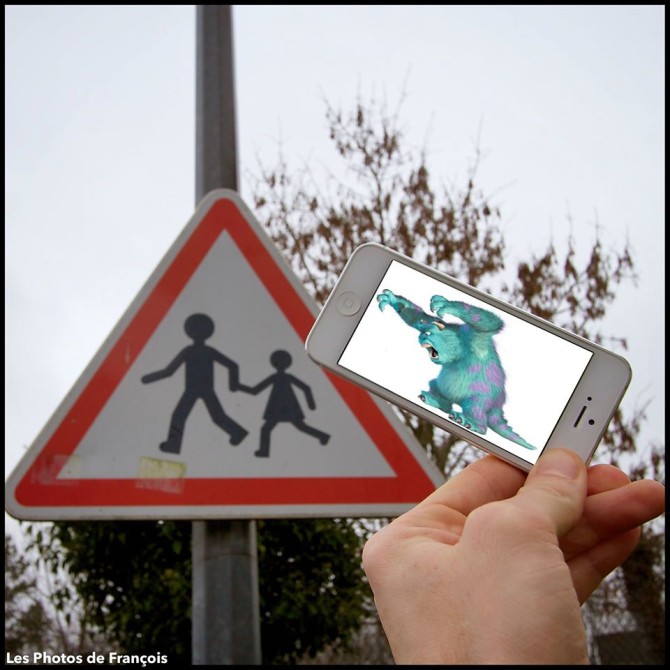 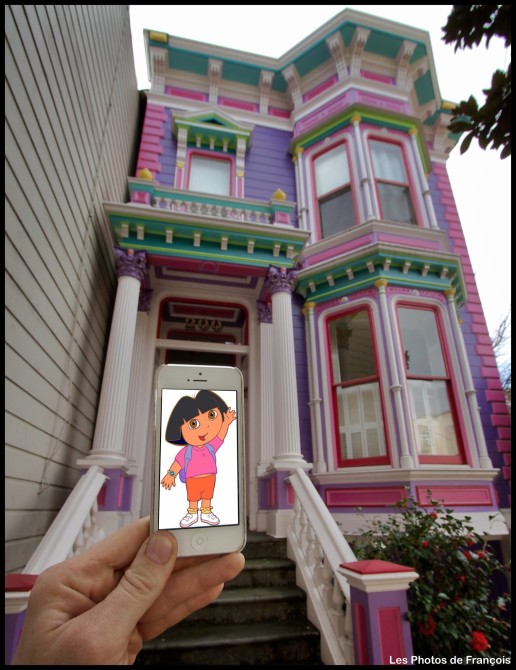 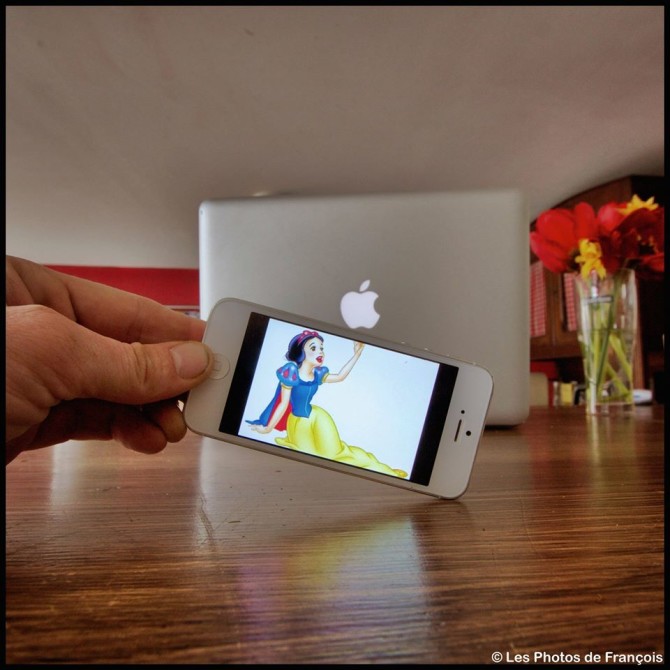 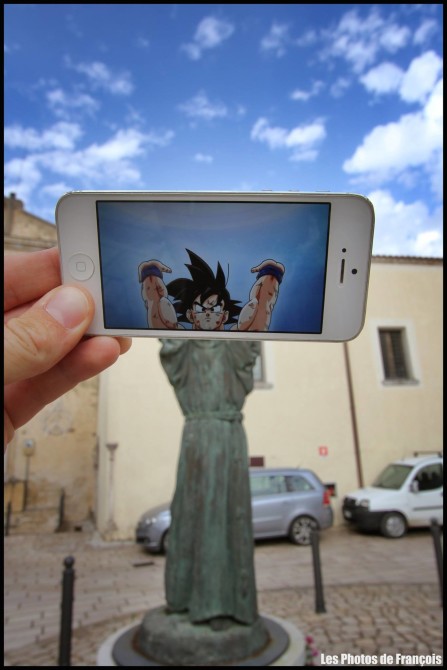 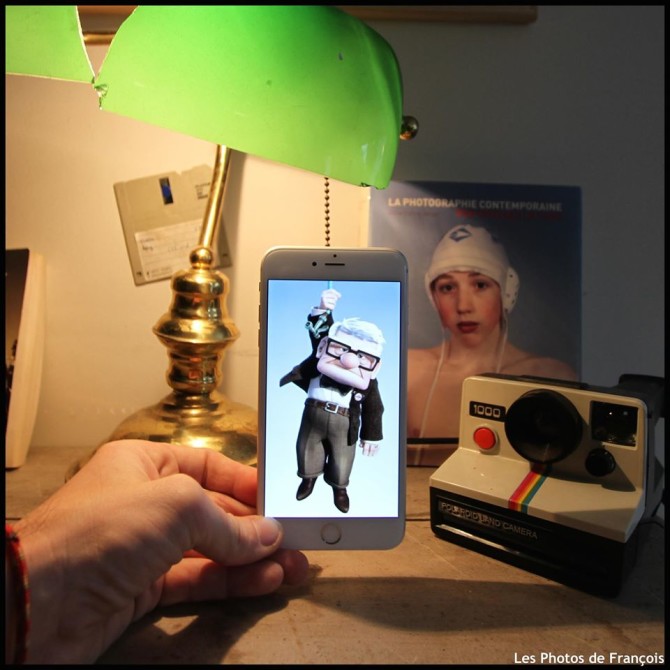 Just a Washer And a Bolt – An Ingenious Camera Stabilizer

« U.S. Government To Pay Newspaper $18,000 After Unlawfully Seizing Cameras and Deleting Photos Outside of a Military Facility
Building A Vintage Photo Booth WiFi »