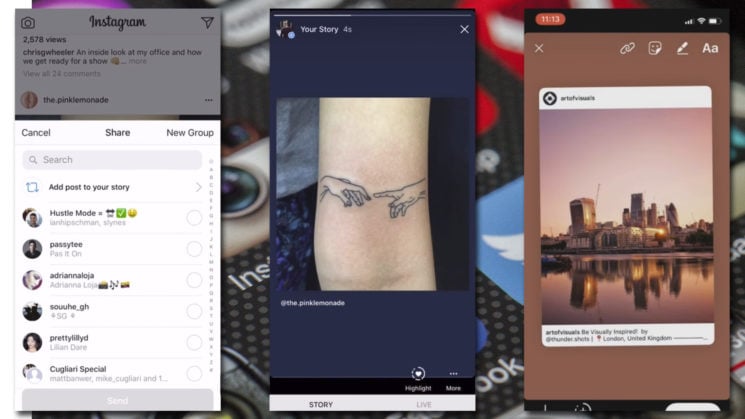 It was only a couple of months that Instagram seemed to be playing around with the idea of sharing posts from other peoples feeds onto your own. And, of course, the opposite, to allow others to share your work on their feeds. That doesn’t seem to have come to the masses yet, and it may never. What seems more likely and what they’re testing now, according to TechCrunch, is sharing posts to stories.

The video was created by Zachary Shakked, to briefly show off the feature, which was confirmed to TechCrunch by Instagram. They told TechCrunch that the company is “always testing ways to make it easier to share any moment with friends on Instagram”. It is apparently testing with just a small percentage of users, although the features are there to prevent your own content from being shared, so it looks like it might see a wider rollout at some point. 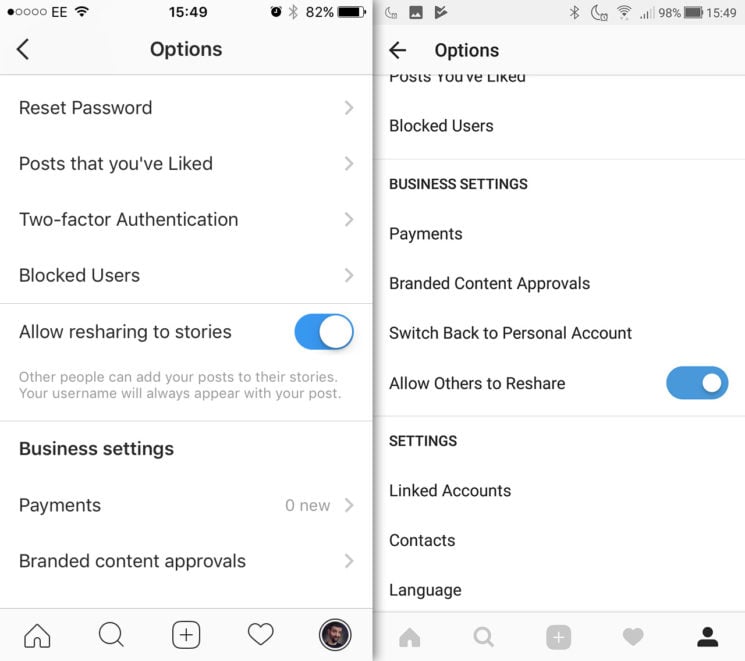 Interestingly, in iOS (left) the option shows up on the general Instagram options, along with a description of what the option is for. On Android (right), it seems to show up under “Business settings” if you have a business account. I’m not entirely sure where it’ll sit for those who haven’t converted their account to a business account.

Sharing posts to stories seems like a good compromise between full on “regramming” and “nothing at all”. It allows Instagram users to share content they love, but without the permanency of it going on somebody else’s feed.

With SnapChat seemingly on the rise again, Instagram has to do what it can to try to give its platform the edge.

No news on when it might appear. Given Instagram’s history, it could be anywhere from a couple of weeks to a couple of years.