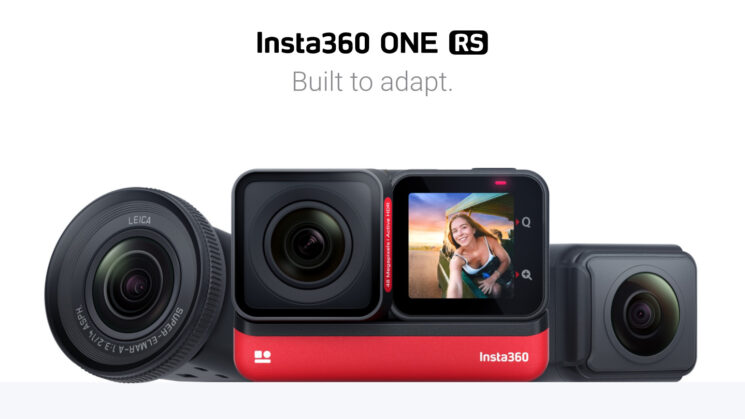 Insta360 has today announced the new Insta360 ONE RS modular action camera. The Insta360 ONE RS is the follow up to the popular Insta360 ONE R released in 2020 and brings with it a new 4K Boost module capable of shooting 48-megapixel stills with a new 1/2″ sensor and even boasts a 6K 2.35:1 cinematic mode. There’s a new Core module, offering better in-camera stabilisation and audio.

Like its predecessor, the Insta360 ONE RS is IPX8 rated down to 5 metres (16.4ft), although you’ll want to use the dive case if you’re going deeper or in rough weather conditions. But it has a new microphone for crisper audio, 50% faster WiFi for mobile transfers, an Instant Zoom function that lets you digitally zoom up to 2.7x while recording and a quick menu for easy access to preset shooting modes.

The Camera itself looks largely the same as its predecessor, but with a little bit of a sleeker look and a rearrangement of the microphone holes and a very slightly thicker battery. The thicker battery bumps the 1,190mAh of the original ONE R battery up to 1,445mAh in the new ONE RS battery. It is worth noting, though, that the slightly larger battery of the ONE RS means it doesn’t fit into ONE R cages. 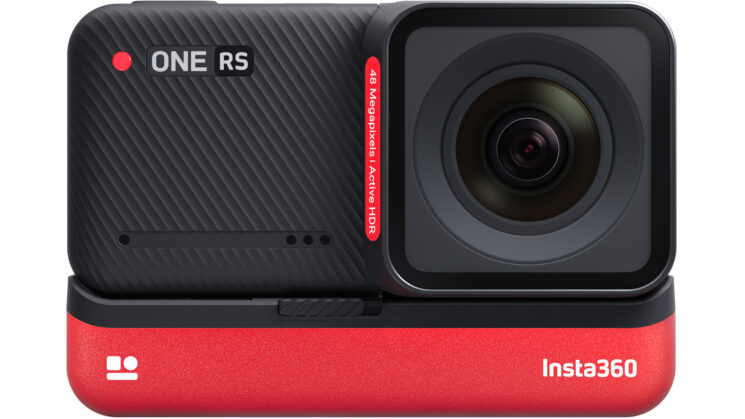 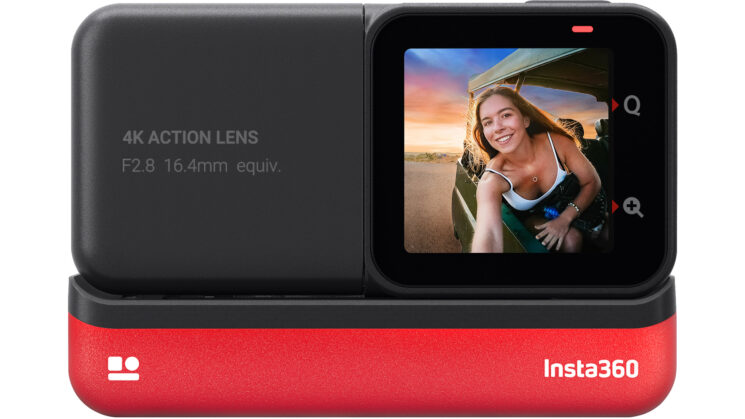 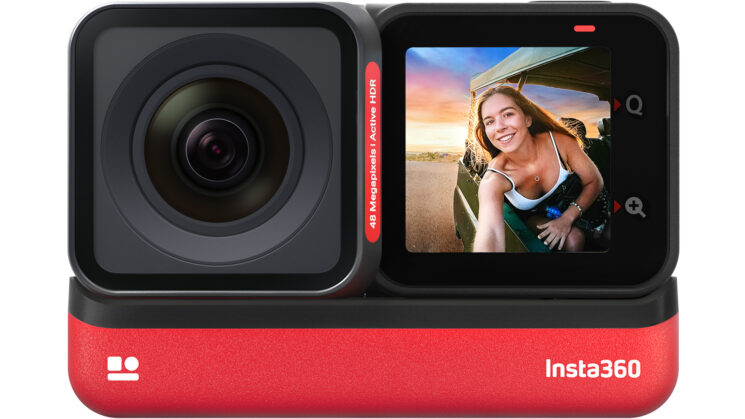 And speaking of cages, one feature that’s been redesigned with the ONE RS – and I’m so glad that it has – is the bracket for mounting the camera to a tripod, selfie stick or GoPro style mounting system. Gone is the old clamshell top clamp style cage in favour of one very similar to the SmallRig vlogging cage for the Insta360 ONE R. Only, in plastic. If you do have that SmallRig cage I mentioned, you can still use the ONE RS inside it, you’ll just have to use the older, slimmer battery. 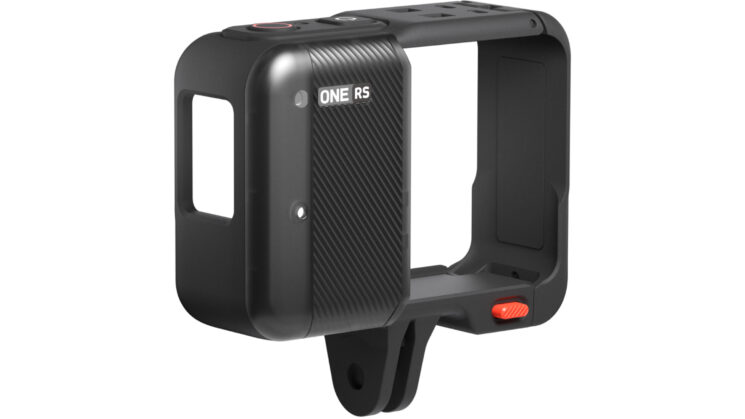 For 4K, though, you actually get FlowState stabilisation in-camera. No more of that somewhat robotic-looking “Simple” stabilisation that the ONE R had. FlowState provides a more pleasing and natural-looking stabilisation while still giving that feel of real movement you get from a moving action camera that makes you feel like you’re really in it. Of course, if you want to do your stabilisation in post, you can shoot Pro Mode and then stabilise in the Insta360 smartphone app or Insta360 Studio on the desktop.

The eagle-eyed amongst you will have also spotted the little white and red “Active HDR” on the side of that new 4K Boost module. Unlike other HDR systems, Insta360 says that this is designed specifically for action with a moving camera and moving subjects and doesn’t suffer the ghosting of traditional more traditional HDR methods that depend on having static cameras and subjects to prevent ghosting. Insta360 says this stabilises as you move to bring out more details that other systems miss. Of course, you can still shoot LOG footage, too, for grading in post.

Modularity and compatibility was the promise when the original Insta360 ONE R first launched, promising a system that you could upgrade a piece at a time as new modules were released that better suit your workflow. And Insta360 seems to have made good on that promise, with everything on the ONE R and ONE RS being forwards and backwards compatible with each other.

Don’t forget to check out our complete review of the Insta360 ONE RS here.

« NASA shares incredible image of gigantic Jupiter with two of its tiny moons
The Insta360 ONE RS is a worthy successor, adds 6K video, Active HDR and native FlowState stabilisation »