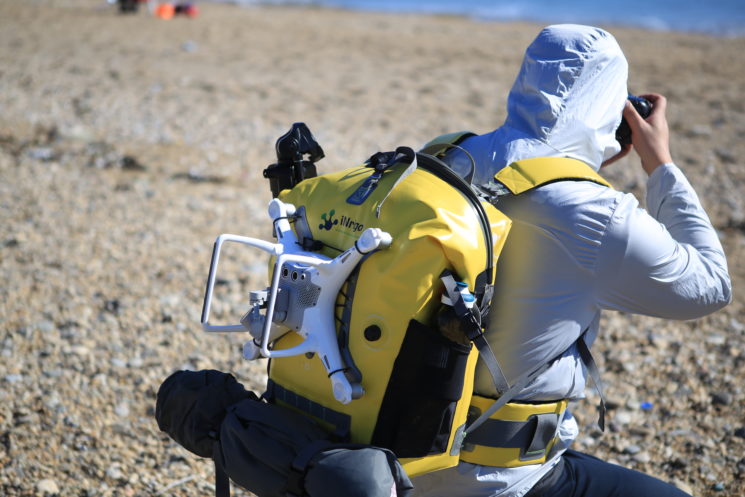 I probably own more bags than probably any other item of photography gear. Which is saying something coming from somebody who owns 15 Nikons. None of them, though, can handle everything. I certainly wouldn’t feel comfortable taking any of them on, a kayak trip, for example. For things like that, I use individual dry bags. But they’re a hassle.

Photographer and inventor Oliver Sun, though, has combined dry bags with a camera bag to produce the Inrigo. It’s an IP78 rated (we’ll get to that) “smart” backpack for storing a ton of camera gear. Oliver previously invented the Case Air (yup, the one Tether Tools sell) and now he’s back on Kickstarter with Inrigo.

First, let’s get the IP rating out of the way. The way those work, the first digit covers “intrusion protection”, basically, how well it repels against things like dust and bugs. 7 means that it’s “Totally dust tight”.

The second number relates to moisture protection, and this is where most bags fall down. A rating of 2 covers condensation. 3 is a little bit rainproof. 8 means it’ll withstand immersion in water. So, if it falls in a river, it’ll be fine for a little while until you can get it out. Unlike most camera bags, though, the Inrigo can be inflated with air once your gear’s inside it, meaning that if it does fall into a river, lake, swimming pool or anything else, it’ll float.

But, we’re getting ahead of ourselves. Let’s look at how much this thing can hold. The Inrigo has a 35 litre capacity, and two inner cases designed to hold up to two cameras and five lenses. There’s also room for all your associated accessories like filters, remote triggers and spare batteries and even a laptop.

On the outside there’s a place to mount a tripod on one side, and a drinking bottle on the other. There’s straps for a tent or sleeping bag, and it also has straps to store a Phantom style drone. 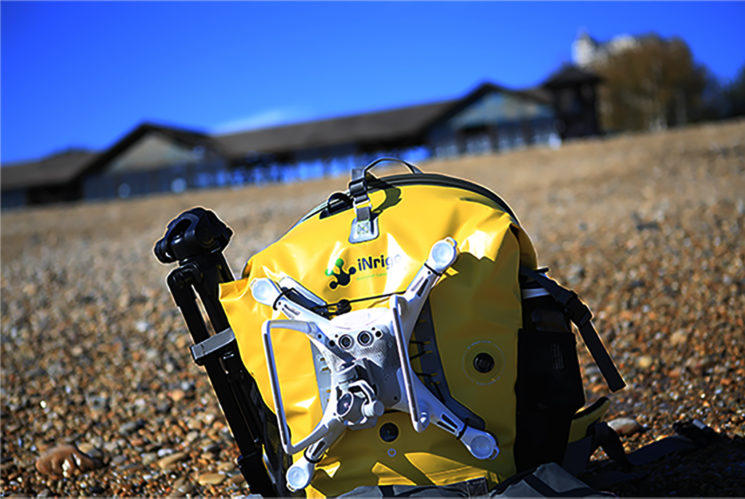 Inside the main bag, there’s a laptop pouch, as well as credit card storage with room for pens, a notebook, and a zip pocket for your phone or tablet. 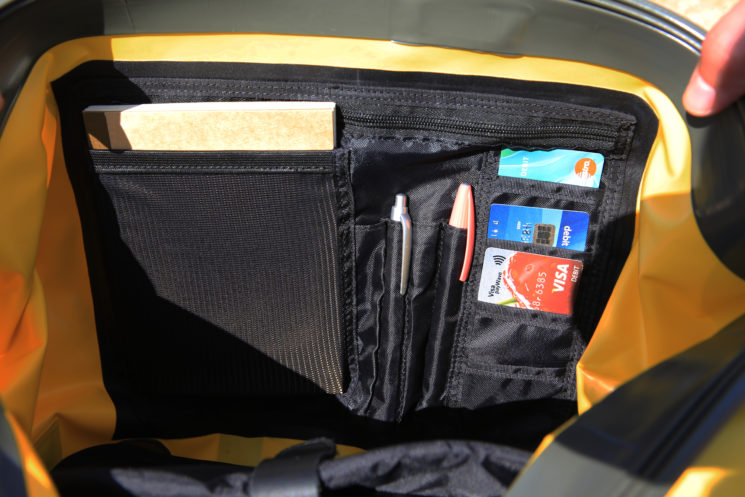 As mentioned, the Inrigo is a “smart” backpack. This means it communicates with your phone, and contains some nifty electronics. Specifically, it features a Bluetooth humidity sensor. This alerts you on the bag itself or with your phone when unsafe levels of humidity are detected. And because it’s connected to your phone, if you accidentally leave your bag behind, it will send a message to your phone letting you know you’ve gone out of range.

The Inrigo is available in two flavours. There’s the LitePak which is just the bag without the inner bags – designed for those who already have a small bag or bags they’re happy with and want to keep safe. The ProPak comes with the two inner cases to hold all your kit. The complete Pro bundle also comes with a couple of 400ml moisture absorbers in case you’re throwing damp kit inside, and a pump to help fill it up when you want it to float.

The LitePak will retail for $249 and hte ProPak for $299. But right now, the early bird deals let you get them for $139 and $159 respectively. Even once those run out, they’re still available for $159 and $179, a massive saving off their eventual retail price. There are also bundles available for multiple bags. If you want to back the project and get your own, head on over to Kickstarter. There’s still 28 days left as of right now, but I wouldn’t wait if you want one of those early bird deals.

With the amount of kit I’ve drowned on location over the years, I should probably invest in a couple of these myself.

KUVRD is a universal, waterproof lens cap to protect all your lenses

BAD Wrap is a padded, waterproof and posable wrap for your camera gear that doesn’t need velcro