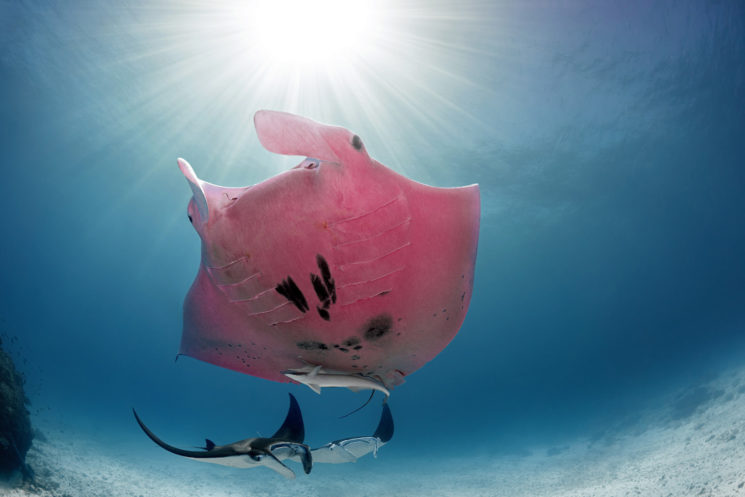 I find photos of the underwater world fascinating even when they show creatures we can easily see while diving. But what about photos of rare sea creatures? So rare, that there’s only one known in the world? Well, Kristian Laine was lucky enough to photograph a pink manta ray, a creature so unique that it’s believed to be the only one in the world.

While Kristian was diving and taking photos at Australia’s Great Barrier Reef, he saw the creature passing next to him. Interestingly enough, he was confused at first, thinking that something was wrong with his camera. “I actually thought my strobes were playing up, making the manta look pink,” he told Australian Geographic. But no, the camera and strobes were just fine – it was indeed a pink manta ray that swam next to him. He took the opportunity to take photos of it, and they soon became viral. I’m not surprised at all, I mean, how many people have seen pink manta rays, even in photos?

According to National Geographic, this male pink manta ray was first spotted in 2015 and it usually appears in the waters around Lady Elliot Island. He even has a name: Inspector Clouseau, and I find that pretty charming! Scientists say that Inspector Clouseau has been spotted fewer than ten times over these five years, so Kristian was incredibly lucky to be there with his camera. And he admits that this was exactly how he felt. 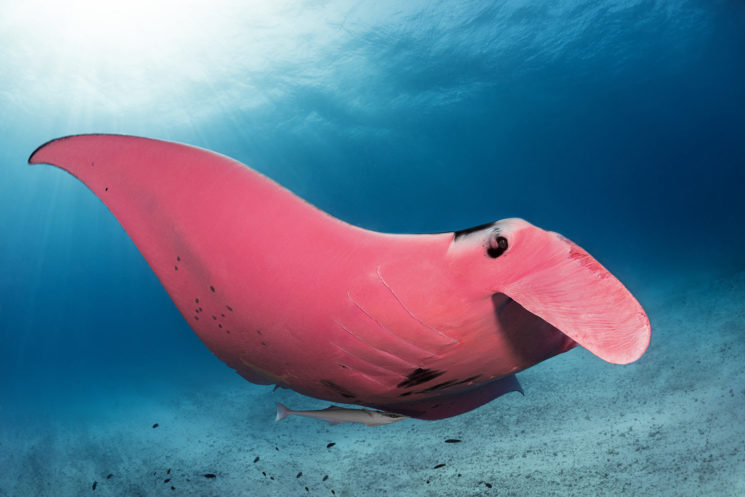 But why is Inspector Clouseau pink? Australian research group Project Manta has been studying the animal since it was first spotted. The group’s scientists first had the theory that the pink hue comes from a skin infection or as a consequence of its diet. However, researcher Amelia Armstrong managed to take a skin biopsy from the famous animal, and the initial theory turned out to be wrong. The current Project manta’s theory is that the color comes from a genetic mutation in the manta’s expression of melanin.

As a photographer, I believe Kristian was “humbled and extremely lucky,” as he puts it, to be there at the right place at the right time, and to have his camera. But as a viewer, I felt thrilled when I first saw these photos. I’ve never seen a creature like this, and it looks simply incredible. And Kristian’s photos sure expressed its beauty even more. You can check out more of Kristian’s work on his website and follow him on Instagram and Facebook. 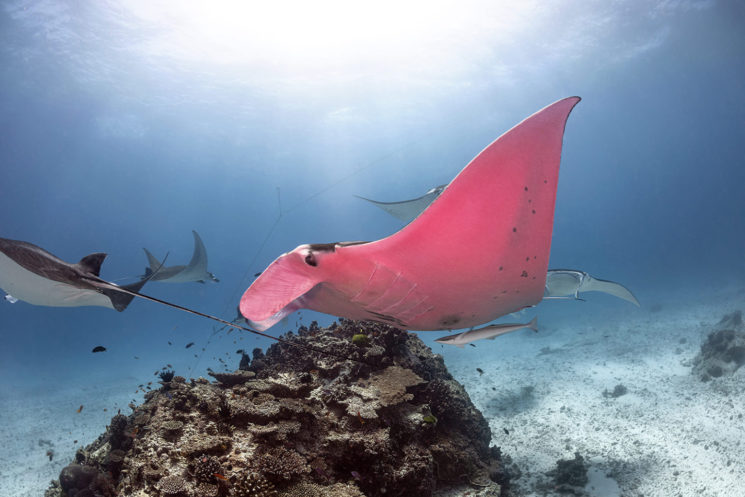 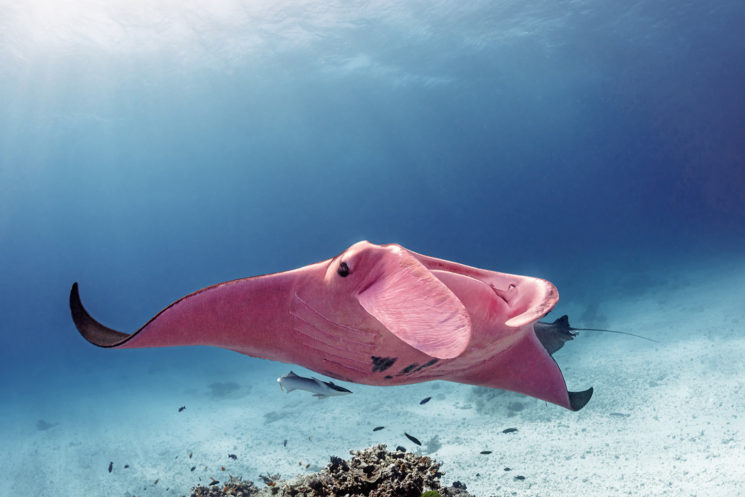 « Update: The Photography Show has been postponed [New dates announced]
Breaking: NAB 2020 in Las Vegas has been cancelled »