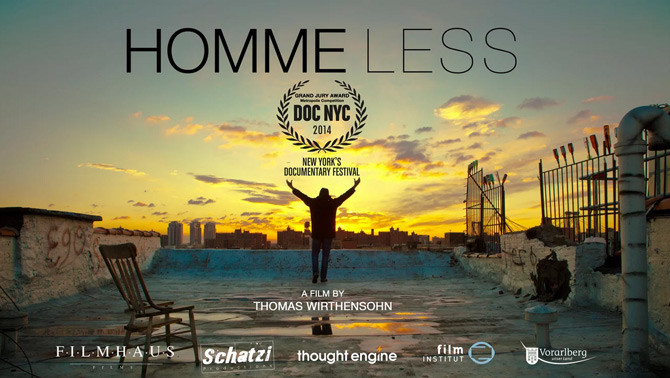 Imagine this: In your 20’s you were a fashion model for Versace, Franco Moschino, and Missoni while living it up in the likes of Milan, and Paris. The success you found there led you to New York City where you found acting gigs in shows like Sex and The City and in an ad directed by the great Martin Scorsese. At the time, you were living in a one room dwelling in Chelsea, but they offered you $30,000 to vacate as the area entered gentrification. Smartly, you used the money to move to Rio and hone your photography skills, before moving back to NYC to photograph for the likes of Diane von Furstenberg and magazines like Dazed and Confused.

If that were your life, where would you picture yourself living? In swank high rise in Manhattan? Maybe a nice spread back in the south of France? What about stealthily camping under a tarp on the rooftop of a unsuspecting friend’s NYC apartment?

If you picked squatting under a tarp, you’d be right, that is at least if you’re Mark Reay. The 56-year old model/actor turned photographer did just that for six straight years as he continued to pick up photography and acting jobs to help keep up appearances. Between 2008 and 2014, Reay lived a dual life–by day, he was an impeccably well dressed “silver fox” who could regularly be found sporting expensive Italian suits and designer accessories. Reay was a working and well respected figure in the industry circles.

But, what his colleagues didn’t know, was the photographer was actually homeless. Doing the best he could with a $10,000 year income, he kept those expensive suits in his locker at the local YMCA and, taking advantage of having a key to the lobby of a friend’s apartment, he sneakily set up camp on the roof, where he spent his nights for those six long years.

“From all outside appearances, Mark seems to have the glamorous New York City life that many would envy. Handsome and always impeccably dressed, the charismatic former male model works as a fashion photographer, appears in movies and attends the best parties. When he leaves those events, however, he heads to the East Village— not to an overpriced loft, but to a hidden corner of a rooftop to sleep each night. HOMME LESS exposes the dark underbelly of the American Dream in an often-merciless city.”

It’s quite a fascinating story. No wonder Thomas Wirthensohn wanted to make a documentary on Reay. And what better person to make a film that chronicles such a candid part of Reay’s life–the two have been friends since the 80’s when they were both working as models.

Wirthensohn, who was able to pivot his modeling work into a successful career as a photographer, is now making his feature length film debut with Homme Less, a documentary on the strange and curious life of his dear friend Mark Reay.

Take a look at the trailer below (just know there is a split second of full frontal male nudity in the clip).

Now, Reays lives in New Jersey with his elderly mother, who has no idea her son has ever been homeless, much less that he’s had a documentary made about him. He continues to work as an actor, model, and photographer. He recently wrote a tell all for the New York Post, there you can read all the gritty details about how he survived.

“Follow your bliss but be prepared to live your nightmare!”

Homme Less has been making its rounds on the festival circuit–You can check the official website for screenings near you.

Incredible photos of a pink manta ray, the only one known of its kind