Need an extra screen for traveling? how about a 24″ monitor that fits in your bag? SPUD is a new kickstarter promising to put a collapsible monitor in every creative’s bag.

It works in a similar fashion to deep octa collapsible umbrellas, only instead of a shaft, it has a small projector. Does it make sense? I am not sure.

And they are right. That description is missing two words for me, bright and sharp. But first let’s look at the promise. It does seem small enough when stored (and weighs less than a kilo), so the basic promise is there:

The front acts as a flat projection surface, and the back has a mounting mechanism for a small projector. Pretty nifty.

The projector on the back looks to be quite powerful too. but only as long as you’re in the office. There are no outdoors uses sown the video and definitely no bright sun scenarios. (though to be honest, I am not sure how many of our own non-laptop monitors would work in the sun). It supports HD resolution of 1280×720. 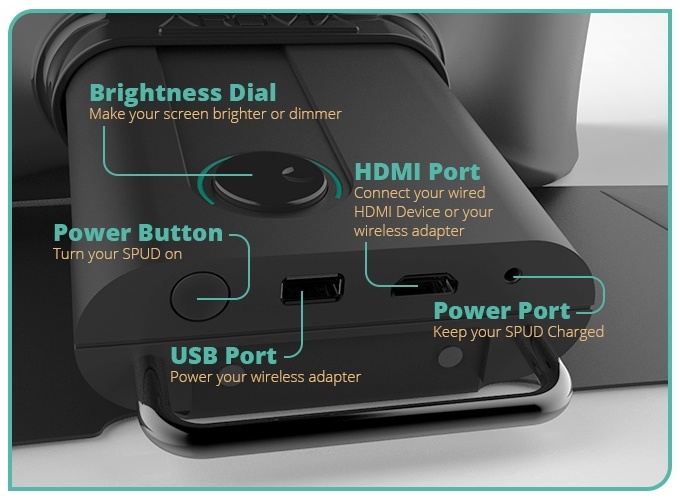 The setup can be wall-powered or it has an internal battery of 4-10 hours, depending on the brightness used.

I never tested the SPUD, but rear projection systems are no known for sharpness or brightness. It woudl be interesting to hear the first feedbacks of people who actually use it.

A single SPUD will set you back around $400 (a bit less if you are one of the early birds), and they anticipate to deliver in June, 2017.

« Canon 6DmkII will probably not have 4K, may have a tilting touch screen and might be announced at NAB
How to build a $3 reflector holder which you can use with one light »