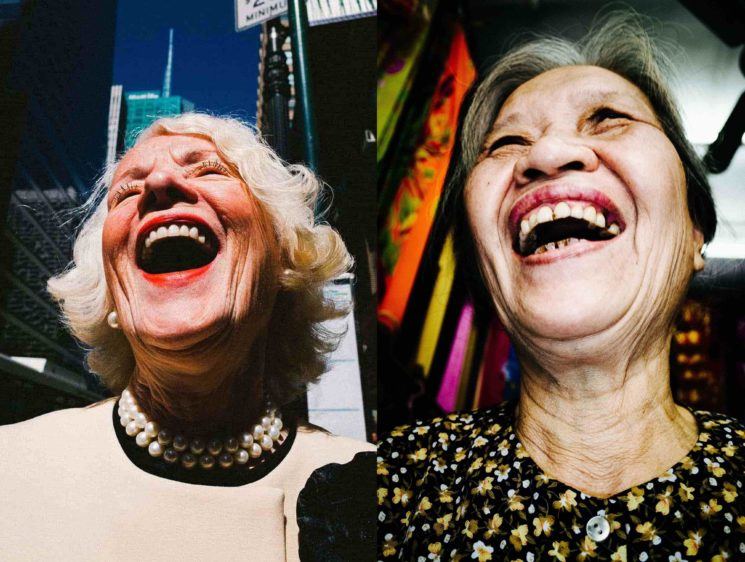 A lot of us labor to be ‘original’ in our photography— but realize, everything in photography and life is a remix:

One of the biggest benefits I had studying history was this — understanding the root and origin of a lot of ideas which I once thought were ‘original.’

For example, I remember when I started to shoot street photography, I imitated Henri Cartier-Bresson. But then a lot of people said I was ‘copying’ him — which made me feel unoriginal. But when I started to study the work of Henri Cartier-Bresson, I realized that a lot of his inspirations came from the surrealists, as well as Matisse, and the image which inspired him to start photography was a black and white photo of three boys playing by the water. Even his idea of ‘The Decisive Moment’ originated from a poem.

Later on in my photography, I got inspired by the photography of Bruce Gilden. I started to shoot with a flash, and started to shoot really close. A lot of people criticized me for ‘copying’ Bruce Gilden. But upon researching the history of Gilden, I found he was greatly inspired by Lisette Model, one of the first photographers who shot up-close, and personal, with a wide-angle lens (often from low angles).

Later on, I got inspired by other photographers like William Eggleston, for his mundane everyday life photos. Before Eggleston found his style, he imitated Henri Cartier-Bresson, trying to capture ‘decisive moments’ in black and white.

Another photographer who inspired me — Alex Webb. Much of his early work was also similar to the work of Henri Cartier-Bresson.

If you study the masters of photography, you will see that their inspiration always comes from several definitive sources. And the root of all of these inspirations is never fixed. All these photographers have gotten inspiration from different arts.

Going to different fields— Steve Jobs got inspired for the Zen-like minimalism for Apple products from Zen Buddhism. He also was deeply inspired by ‘Bauhuas’ German design. And the ancient saying: “All art imitates nature” holds true.

Even Shakespeare got a lot of his inspirations from ancient Stoic Philosophy.

So my practical advice for you is this: To be ‘original’ in your photography, find as many sources of inspiration as possible, then remix it. Create your own unique honey or nectar, by blending your inspirations.

In hip hop music, they ‘sample’ a lot of music. Which means, a lot of music producers listen to old vinyl records from the past, ‘steal’ a piece they like, and re-mix it to make something new.

Kanye West is the master of sampling. He finds old and obscure music, and finds a new combination — to make ‘original’ music.

‘Steal’ as many sources of inspiration as possible. Then, try to re-mix it according to your own personal vision.

Even if you tried to copy a photographer 100%, you could never achieve the same result.

I recommend looking at lots of different forms of art to find inspiration. Some of my personal inspirations:

There are a million, billion, different sources of inspiration you can gain. Don’t be shy. All ideas are common property.

What makes your work unique is your interpretation of your sources of inspiration. Don’t be afraid to share your opinion. Be bold, and assert yourself, and your unique perspective of the world.

Eric Kim is a street photographer and photography teacher currently based in Hanoi, Vietnam.  His life’s mission is to produce as much “Open Source Photography” to make photography education accessible to all.  You can see more of his work on his website, and find him on Facebook, Twitter, and YouTube. This article was also published here and shared with permission.

Inspiration, imitation, and landscape photography; is it OK or Unethical?

YouTube is letting people “remix” your content into their Shorts and it’s enabled by default
« Welcome to the modern era: a photo exhibition without any photos displayed
This guy takes hilarious selfies to make it look like he has a girlfriend »