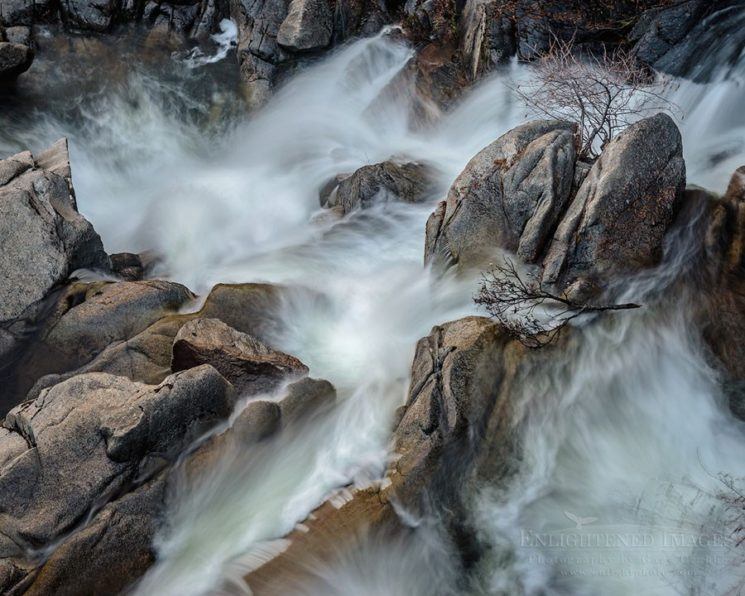 Whose image is it anyway? When does inspiration or imitation of a landscape photo cross the line or go too far?

Recently a few things came up that makes me ask if or when does the idea of copying someone else’s photo go too far, or is it just a form of flattery derived from a source of inspiration via the route of imitation? In the commercial photography world, this can have an impact in real dollars and sense (yes, that’s the word I meant to use), especially if you get caught deliberately copying someone else’s work. This was brought up in a recent article on PetaPixel, When someone copies your photo for Commercial Purposes, where the question was raised whether someone who (may have) copied many elements of a photo went so far as to push the boundaries of what’s right and permissible or was it a violation of the original photographer’s copyright? When there are things like models, props, studio lights, camera angles, etc., that gives the court leeway in deciding what elements of an image are protected expressions of copyright. There is a poll on this article where more than 2/3rds or the respondents felt what was done was unethical.

But the line seems to gray a bit in the world of landscape photography, although it’s not limited to this particular genre. Photographers often see so many great shots taken in great locations with great subjects, great lighting, and great composition. It seems to be a natural part of the learning curve to copy and build upon what has been done before. Now it’s almost expected that when someone gets a great shot, posts it on social media sites where it garners lots of ‘Likes’ that people will be inspired by, and want to get their own version of that same shot. But this goes beyond just going to the same place and then taking your own shot. It’s trying to get the *exact same shot* – with similar angles, composition, and lighting. So if you go to extremes to make such an exacting copy, have you crossed a line, and is the resulting image really yours, is it the person’s who originally shot it, or is it in some nebulous in-between landscape? When, if at all, does imitation due to inspiration go too far? Is there an acceptable line, or is there a point where someone can go too far, or does the ‘nature’ of landscape photography negate that line?

This week, the middle of February is a time when it seems hundreds of photographers now head to Yosemite Valley to get their own version of a shot famously captured by my old boss, Galen Rowell, in his iconic image, Last Light on Horsetail Falls. Weather conditions dictate the variability of this phenomenon from year to year. While thousands of photographers may have been first inspired by Galen’s shot or the subsequent thousands that now fill social media newsfeeds every year, very few are probably standing there with a copy of Galen’s image trying to exactly recreate his shot verbatim. Even when someone comes up with a remarkably similar shot taken in nature, there’s always a reason to believe someone else could come up with a similar composition on their own. But I’ve also known photographers who’ve taken books out in the field to make an exacting, or as close to a complete copy of someone else’s image. So again I ask, where’s the line? Is there one? 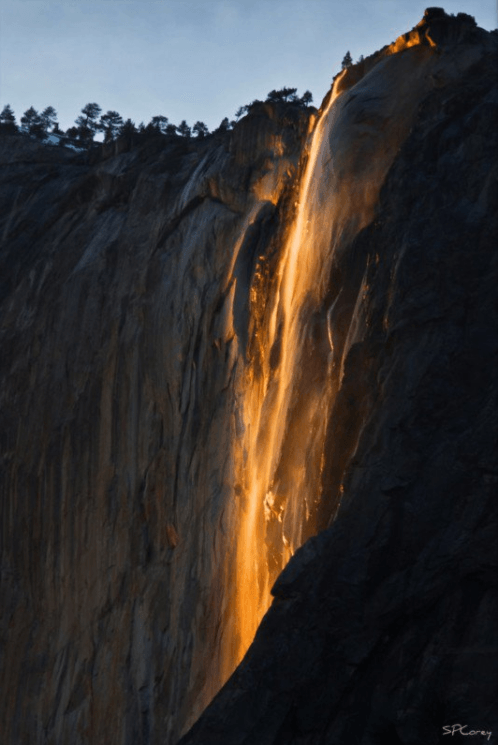 The featured image above is a great personal example of this quandary when just today I saw a similar image in my Facebook newsfeed posted by Charlie Cramer – and I was immediately struck by just how similar they were. Now to be fair, I’ve seen Charlie’s version of this image dozens of times, including at the Yosemite Gallery, as well as those by several other fellow professional photographers. (Edit: To be fair, ‘Dozens of times’ is an overstatement. Let’s just say I’d need more than one hand but less than three hands to count.)

I actually included my image among My Favorite Landscapes of 2016. I’d shot Cascade Creek a number of other times from different vantage points, but on this occasion, I leaned over a rail at a certain point, pointed my trust Nikon D800 camera with my 24-70 f/2.8 lens, and framed up a quick shot. A quick glance at the LCD immediately felt ‘familiar’ — like in an “I know this shot” sort of way. I then proceeded to bracket my exposures to have various shutter speeds so as to have a varying effect on the motion and texture of the moving water. When I got home, I picked my favorite shot and processed it the way I would with any other shots, without any direct comparison or reference to Charlie’s shot. And yet I remain struck by the similarties. It makes me wonder about the depths at which subconscious memories or inspiration played in this since I didn’t set out to make a direct imitation. Yet still – there it is, and looking at them… I wonder, is this *my* shot, is it Charlie’s shot – but taken by me, or are these simply our own respective shots? I guess the real question is, once I looked at my camera LCD and had that ‘familiar feeling’ – should I have then decided not to take the photo, or was I Ok to go ahead and make my own version?

My own personal feeling is that it’s in that muddled gray area. Yes, it’s my shot; but in a way, it’s also Charlie’s. He obviously shot his many years ago, and I’ve seen it numerous times before. I like this shot. I’m proud to have it in my collection, but in reality, I just don’t feel quite the same personal or professional attachment to it as I do with many other shots.

So… I’m curious, what are your thoughts; whose shot is it? Is it an ethical shot with mere inspiration caused by another photographer’s work, or is it an unethical copy because it crossed some invisible line?

Gary Crabbe is an award-winning commercial and editorial outdoor travel photographer and author based out of the San Francisco Bay Area, California. He is also a photography instructor and consultant, offering both public and private photo workshops. He also works occasionally a professional freelance Photo Editor. For more of his work, check out his website, like his Facebook page and follow him on Twitter and Instagram. This article was also published here and shared with permission.

Imitation and inspiration: All of Photography is a Remix