With so many ways to be creative in photography, I get really excited with many ideas for a photograph. One area I find very interested is sports action photography, but with a twist. It’s great to capture that split-second moment and have that frame frozen, but I wanted to explore capturing the motion and freezing the action all in one go. Above you can watch the video of me using this technique with some karate students. 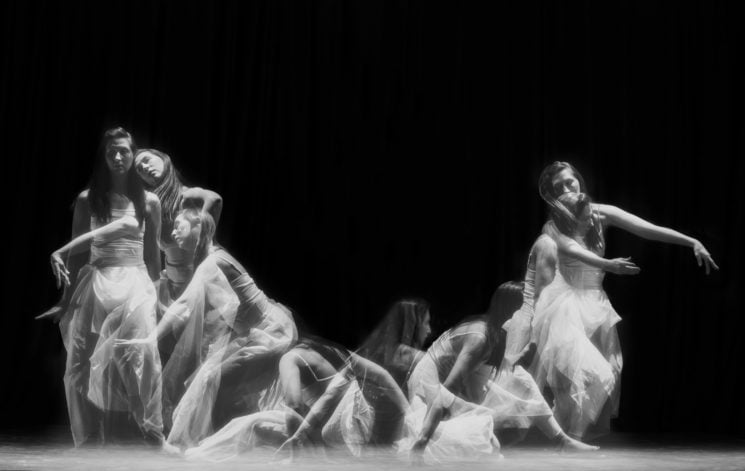 I really like the repeating flash effect but that’s 8 pops of the flashes which freezes each part of the movement and I wanted to capture more motion in my image. Using a couple of Karate students I decided to test out the idea using a continuous light source (Pixapro LED100D MkII) to capture the motion… 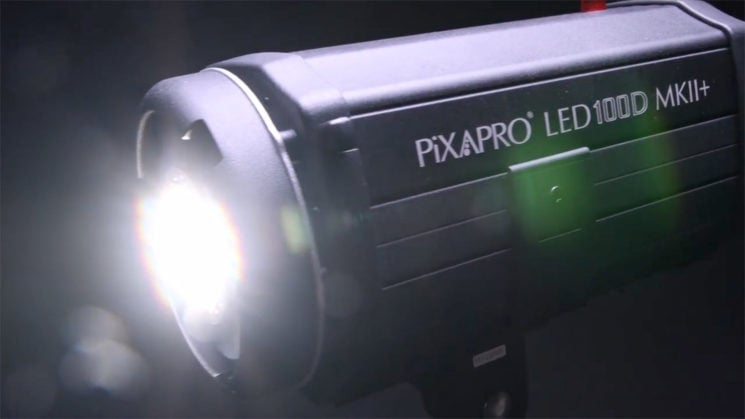 And a fast flash duration strobe (Godox AD600/Pixapro CITI600) to freeze the action. 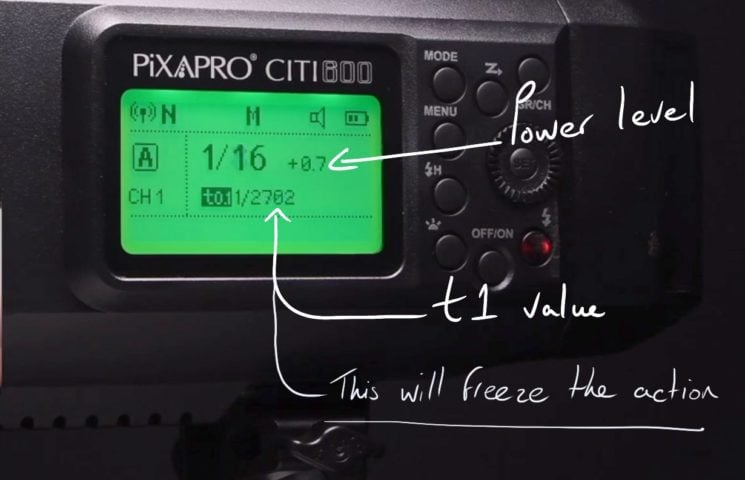 The fast flash duration of the strobe (t1 value displayed on the screen in the above image) allows me to freeze the action even though I am using a shutter speed of 1 second and my subject is moving. Basically, at a lower power level on the strobe, it outputs the flash at a higher speed which is what freezes the action. The combination of my aperture at f13 produces a nice sharp end to the movement in the frame. 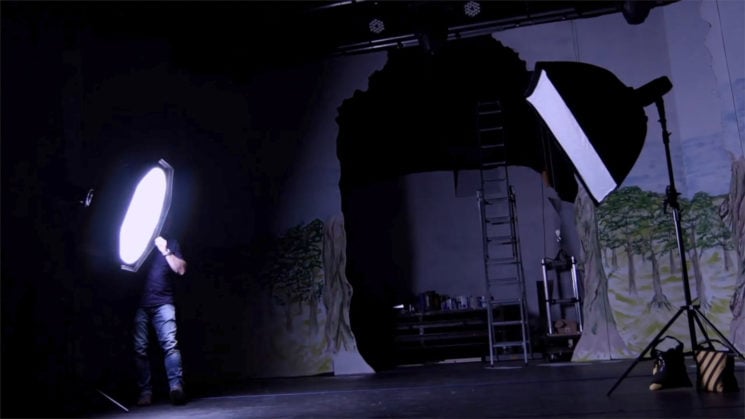 I booked a local Theatre stage. When I originally booked, it was for the full day as I really wanted to make the most of this setup and the Karate students. But unfortunately, there was a mix-up and they had double booked which left me with 1 1/2 hours to set up, produce the images, and shoot the video! I do believe I have never run around as much as I did that day.

To add to all of this, when I scouted the theatre only the week before, the stage was completely clear! As you can see from the image above they had started to build a set. I started to set up a quickly realised I needed to use grids to control the light spill coming from the continuous light on the left in the above image, also placing a strip box grid on the CITI600. 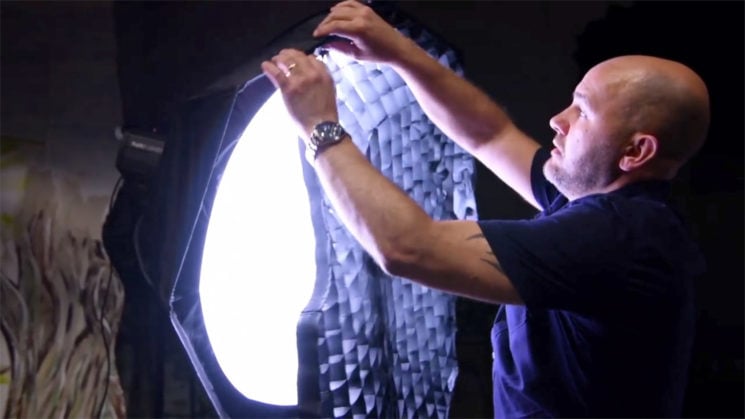 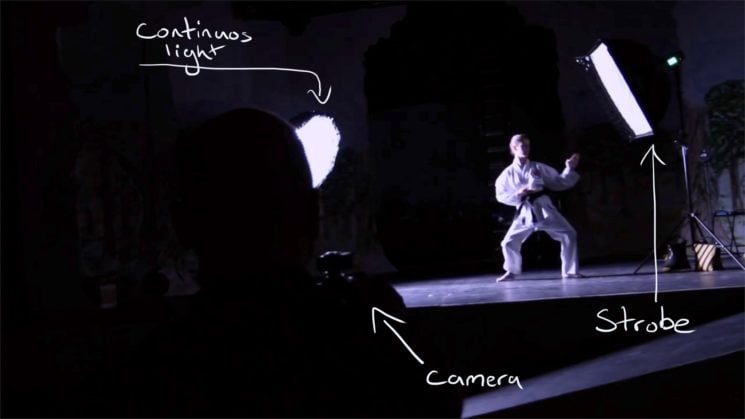 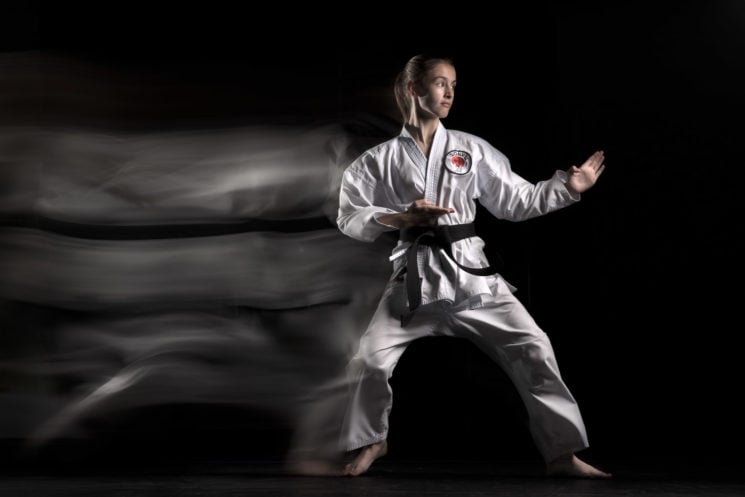 I start with the continuous light and gauge a good exposure for the motion in the image (1 second) while at the same time checking I have the black background with an aperture of f13. Turning off every light in the theatre and only having my LED light on was enough to focus on my subject and shoot some video. I took a few frames using the CITI600 light, standing the student at the end point of the 1 second of the move from the Continuous light on the left, and set the power level of the light to suit my aperture of f13, making sure I didn’t overexpose the Karate Gi. Setting the camera to fire the strobe on the second curtain so the karate student is frozen at the end of the movement. 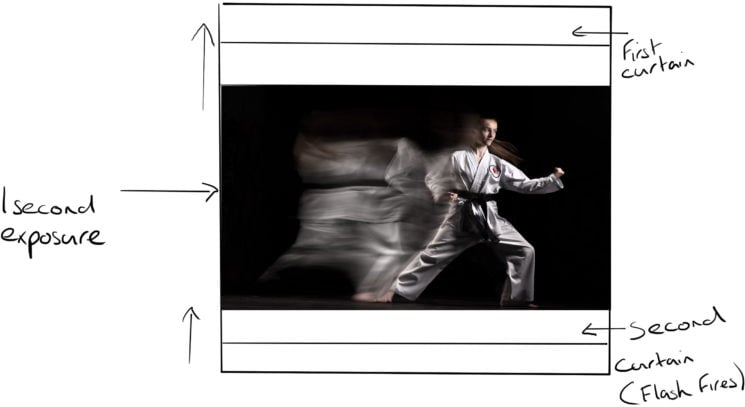 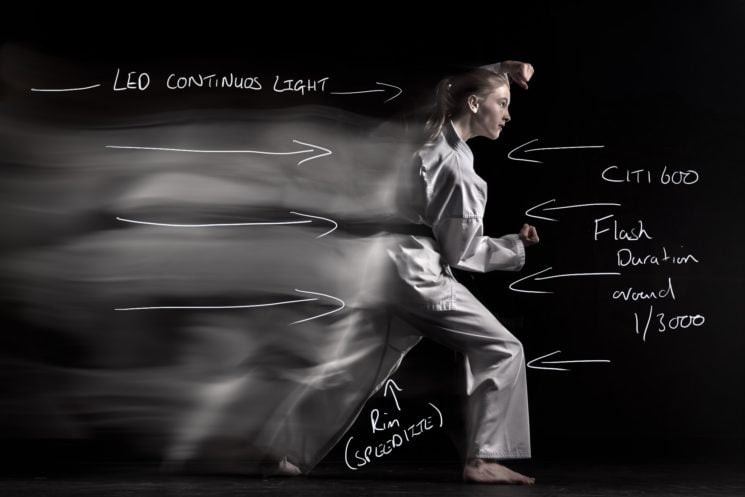 Once I had the lights set up we started shooting. Timing is key with this type of image but with Karate timing is very much part of there training which helped during this session. In the short space of time we had, to set up and shoot, we managed to capture some great images. The one above, being my favourite. In a couple of shots, I added a speed lite behind the right of the subject to give a little rim light using a Godox V860II/Pixapro Li-ION580II speedlight. 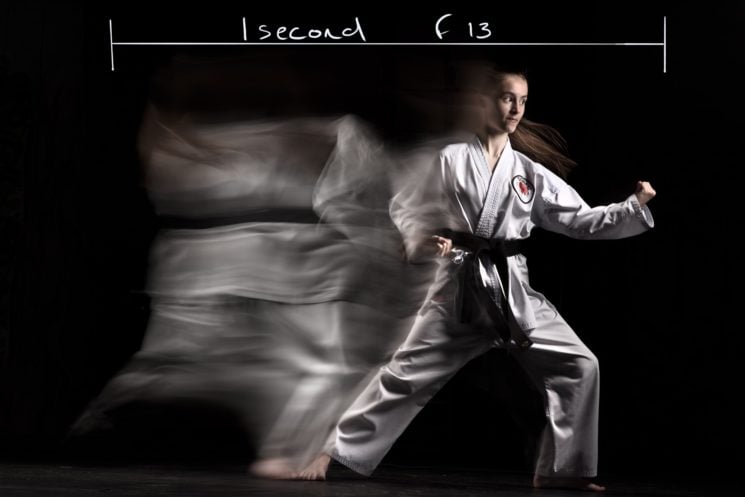 I would have loved to have had more time to incorporate coloured gels and different movements but that wasn’t to be on the day. I wanted to share this little bit of info as I think this technique could be very effective in many other sports, boxing, MMA, fencing, football even diving into a pool (the correct precautions should be taken, for obvious reasons!). Mixing all that up with coloured gels are just some of the ideas I have in mind to try, so hopefully, this might spur the imagination of others with ideas on how you can use this in your own photography. 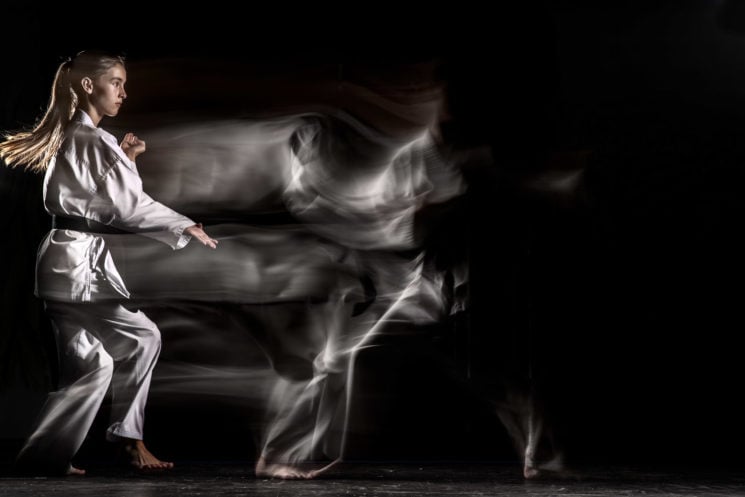 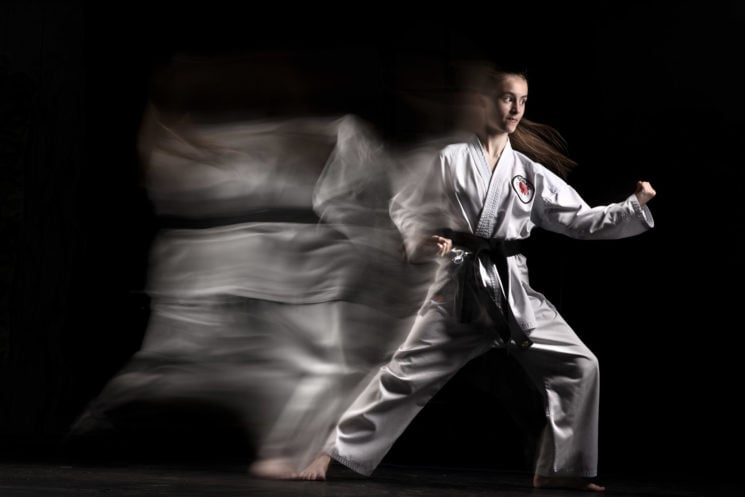 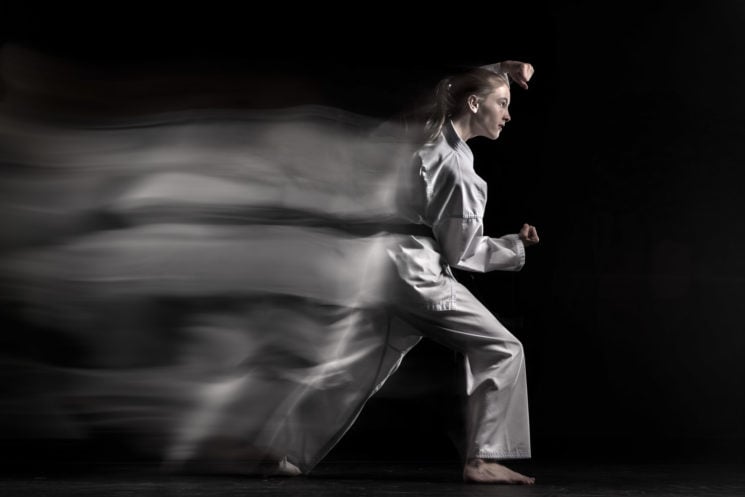