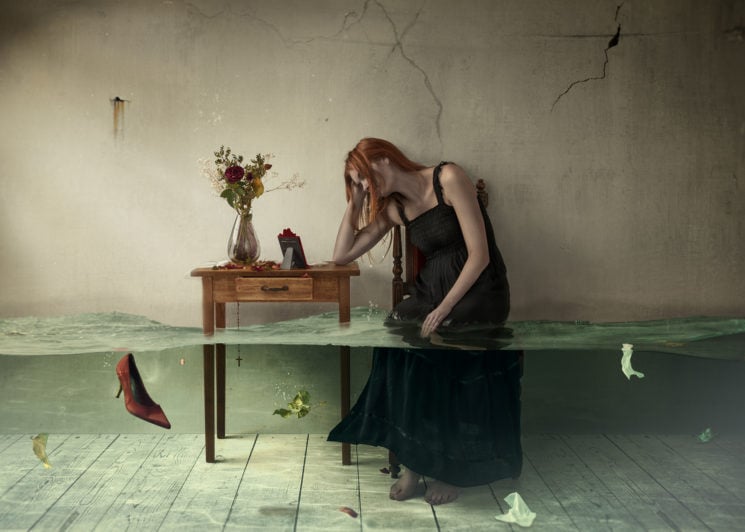 I can’t tell you how often I had to tell how I got to make this picture. This image was created for the semi-final of the Dutch Canon Grand Prix 2017, and I had lots of talks to people about it, before and afterwards. Let’s start at the beginning. Earlier this year I got an Email with the invitation to join this contest, one of the categories being ‘Image manipulation’. And manipulating images I do a lot, it’s my favourite part of photography and partly my work. I
send in 2 pictures (the required amount). Of these 2 I had the idea that they were 1. reasonably manipulated and were 2. somehow authentic, original. I didn’t expect anything of it, I send them just-in-case. So it surprised me a bit that I got invited for a portfolio review of a group of 60 people (of a total of around 5K). 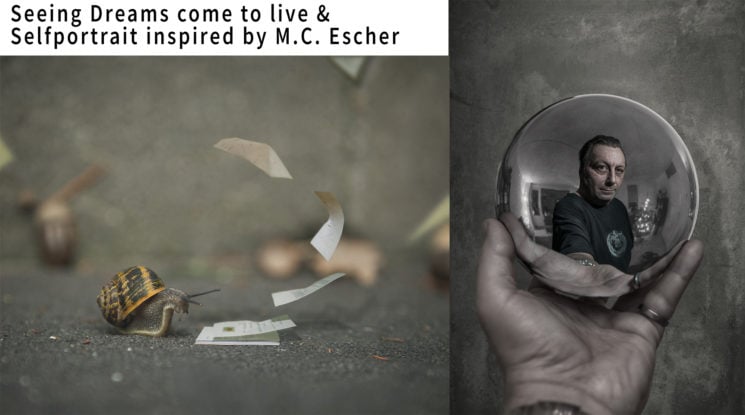 After the portfolio review I got a call: You’re in the next round. You get to do an assignment in the studio to reach the final! Yeow!! I received the assignment a week later than the other candidates by some unfortunate incident, but no worries, still plenty of time. The theme of the assignment was in short ‘Emotion’. So, I don’t think they couldn’t have made it much more broad and generic…. Hmmm. Time for action!

What I do first for any thematic or conceptual image; search. Almost everyone knows what emotions are, but what are they? On searches I got the scientific approach mostly. The most basic definition I got was emotions are a stimulus to take action. In its most basic form it’s a stimulus. Wiki says: “discrete and consistent responses to internal or external events which have a particular significance for the organism”. W00t?!?! Ok, emotions like anger, sadness, which are there and what could I do with them? I decided to take out one basic emotion and try to capture it as ‘heartfelt’ as I could. I don’t mind that the subject of an image immediately is clear. It now became time for my most significant tool. Lists. I love ’em, can’t really do without. The terms I allways start with are proverbs and sayings. Then follow all kinds of titles, music, books, movies etc. etc. Suppose that doesn’t work, you can start thinking about your own clues. Or not. :) 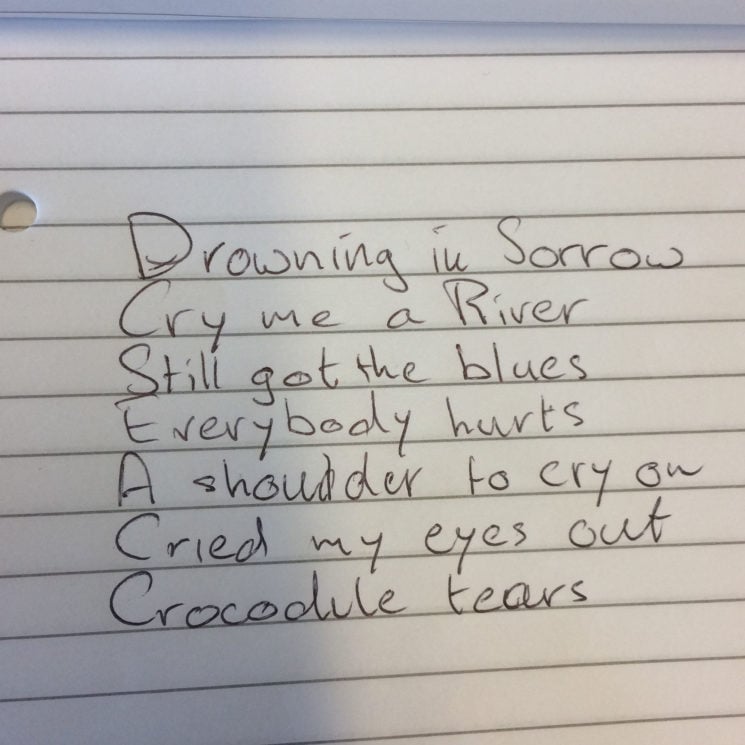 ‘Drowning in Sorrow’. Hmmm, this is a nice one. Just to be sure I looked it up, only to find out it involves usually lots of alcohol. But that’s just English. The literal translation stuck with me as a nice idea. I’m a big fan of including some
humour into my images, even if the subject is deadly serious. Underwater picture -> Drowning -> yes. So underwater it will be. Next, how to combine some humour into a sad image? That’s like a little challenge, challenging, but not impossible. We will use a full force cliché (the cliché obviously being the paintings of the crying boy, or boy with the tear, there are several, we all know at least one) and blow it up a little more. So it becomes somewhat over the top. It will become a very sad image, but at the same time, everyone can see this would look a bit strange in the real world. I like that effect. The result I was after is that the image should send out a message that no matter how bad your sadness is, there is an important stimulant to get up and get moving, to leave your sorrow behind, move on. Can’t sit there for another year… 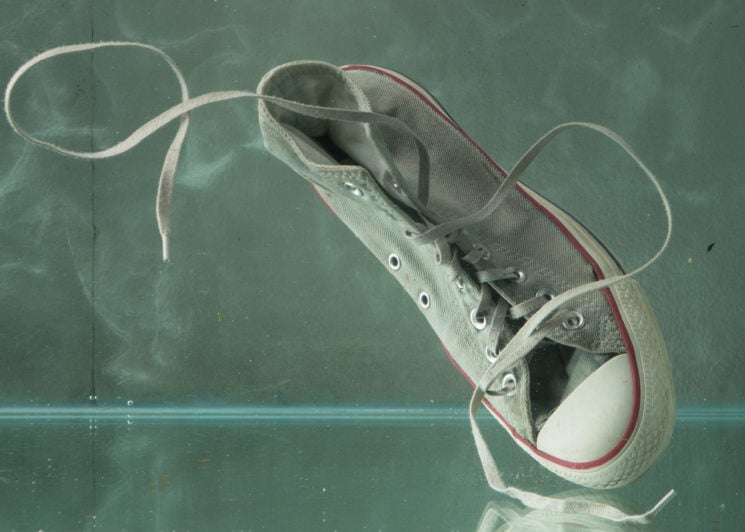 While making choices like this there’s 1 thing to keep in mind. Never let it become into disarray. If you want to cook a delicious meal, you should pick your ingredients very carefully and probably know in advance how your meal is going
to taste. Same for images. Better not include random elements that do not have a function, or even distract your attention. Real important. Your colour choice is equally important, here we have much red in an otherwise rather grey environment. It focuses your attention and red is a lively colour, so it points to life, instead of death. It helps to configure the double layer in there. Rosary because sorrow and faith are old friends I guess… Only 1 shoe, it spells:
Incomplete, as 2 shoes would spell complete. Incomplete is better with sorrow. Have some cracks in the wall like scars on your soul. Do not let your audience second guess, unless you mean to. Use some visual language. 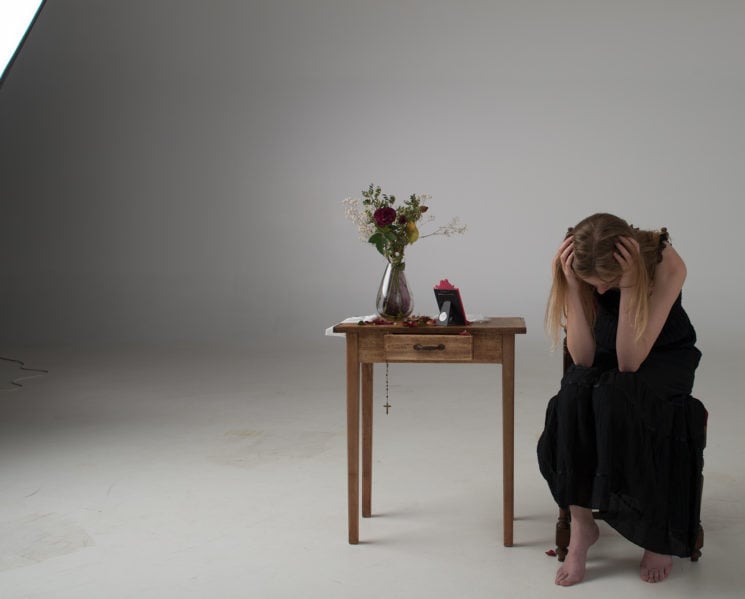 The image is almost finished now, and all I did so far is Google some random ideas and definitions. And made a list of course. But the image is there I just have to record it with help from my camera. The second list took even less time to make,

1. model (I’m not doing a self-portrait, it’s not about me)
2. table to lean on (sadness takes a part of your strength, heads get heavy)
3. water reservoir (it must partly take place under water)
4. rosary (faith … jadajadajada)
5. dead roses (roses do take some time to fade and die)
6. timeless dress, timeless chair, some props

What remains is thinking about the light when you start, the pose of the model and capture it as good as you can. And that’s Drowning in Sorrow. Of course post processing plays a big part if you remember which category the contest was in. Post processing is another topic, can share that later. About making artistic choices there’s a lot more to say. I like to ‘create’ images like this, even when 80% just forms in your head and not in the studio. It’s very very rewarding to do, and with a few simple tools not that hard.

Omar Brunt is a self-taught freelance photographer and photographic designer from the Netherlands. In between photographing and photoshopping he tries to keep his Facebook profile and his website up-to-date. The Dutch version of this article is published here, translated and shared with permission.

Photographer travelled the world’s airports to photograph hundreds of planes

Why You Should Photograph Your Loved Ones

What’s in a photograph? – Time machines and legacies
« This artist photographs satirical miniature worlds that play with your mind
Breaking down masterful composition of Henri Cartier-Bresson’s photos »