Street photography is one of the more chaotic yet fun genres of photography that many people choose to pursue. Even if it’s not something that people do regularly, it’s something that many of us do anyway when we go on vacation as just a regular part of documenting our trip. But how do we optimise our camera for this sort of shooting if we’re used to doing something more controlled, like portraits or product photography?

Essentially, Frederik’s advice amounts to aperture priority with auto ISO. This allows you to have control over your depth of field while letting the camera choose the shutter speed and ISO. He does set some rules and limitations as to how far he wants to let the camera adjust things, though.

While the specifics of exactly how to do this will vary from one camera to the next, most cameras support this kind of a setup. My Nikon DSLRs have allowed it for as long as I can remember, through the Auto ISO settings in the shooting menu. 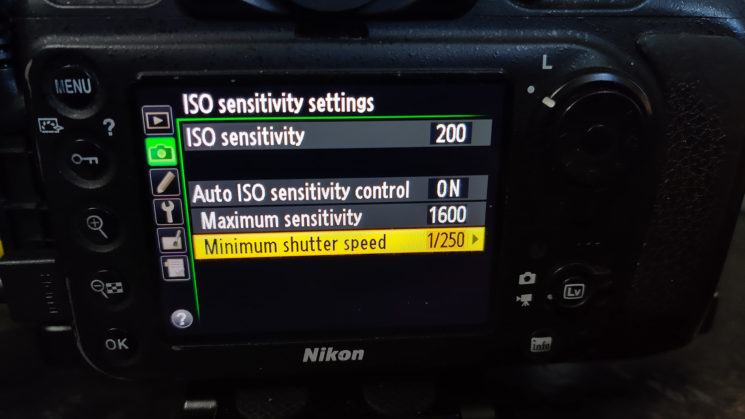 If you’re shooting in darker conditions, or your subjects aren’t moving quite so quickly, you can adjust these settings to your taste and shooting environment, and Frederik offers some suggestions on how to adjust them based on the shooting conditions, as well as how to meter when exposing for scenes of high contrast containing both extreme highlights and shadows.

Frederick also provides some tips for exposing street photography with film, too. Obviously you can’t go auto ISO when shooting analogue, but you are more easily able to retain the highlights.

I generally tend to shoot about a 50/50 mix of aperture priority and full manual when I shoot street photography on digital. I don’t go the auto ISO route with either method, though, preferring to keep the ISO exactly where I want it to be, along with the aperture.

How do you set up your camera for street photography?

How to optimise your night time street photography

How to use your exposure settings for creative effect

How to properly resize and optimise your images for the web

« Layers of being human: how I shot this photo inspired by the Day of the Dead
Mario Balotelli rages out, destroying a photographer’s camera after being benched mid-game »