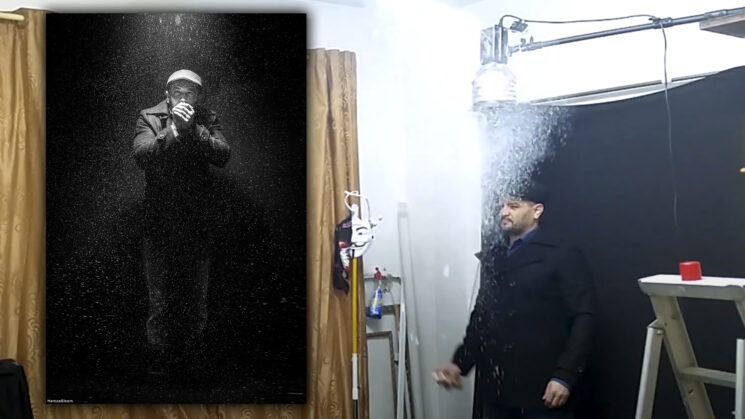 While winter portraits might not be on most of our minds with Summer about to officially kick in for the Northern Hemisphere, it’s certainly been on the mind of photographer Hamza Sleem, who created these amazing winter portraits in his home studio with the help of a cheap can of artificial spray snow.

Hamza’s home studio setup is fairly simple, with just a Canon EOS 1200D and 18-55mm kit lens, a single strobe and a backdrop. But his ingenuity shows that you can get some very captivating shots with very little gear if you know how to use it well and think a little outside the box.

The entire shoot covering with Hamza’s process is documented in the video above explaining how everything was set up, the planning that went into it, some of the challenges he faced and how he overcame them. And if you can’t understand Arabic, don’t worry, Hamza has provided English subtitles throughout.

Hamza’s studio was set up using a single boomed overhead light with a black background and black floor. His camera was set up a short distance away on a tripod. He also set the camera to manual focus and took a few test shots before spraying the fake snow to ensure composition and focus was spot on. Instead of using a remote trigger, Hamza used the camera’s self-timer feature for a 10-second delay between hitting the shutter button and the camera taking the shot. This allowed him plenty of time to get in position, spray some fake snow in the air and be ready with the pose he wanted before the shutter actually fired. 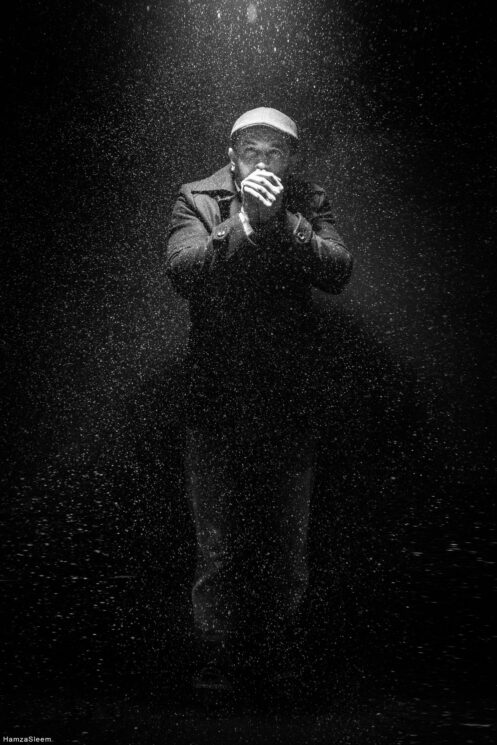 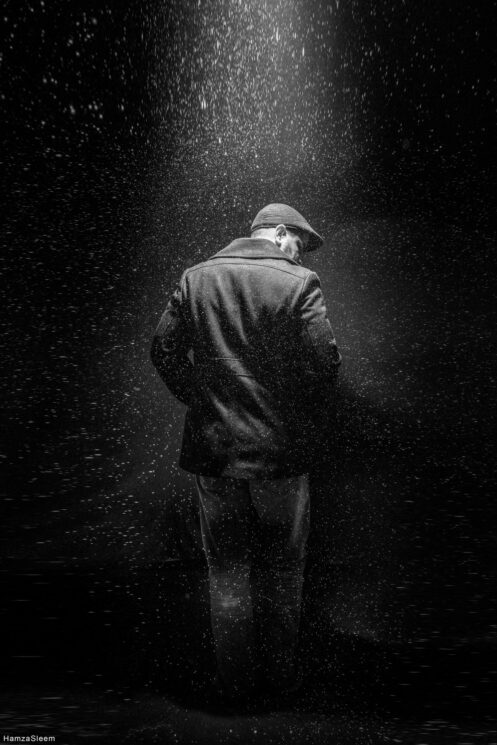 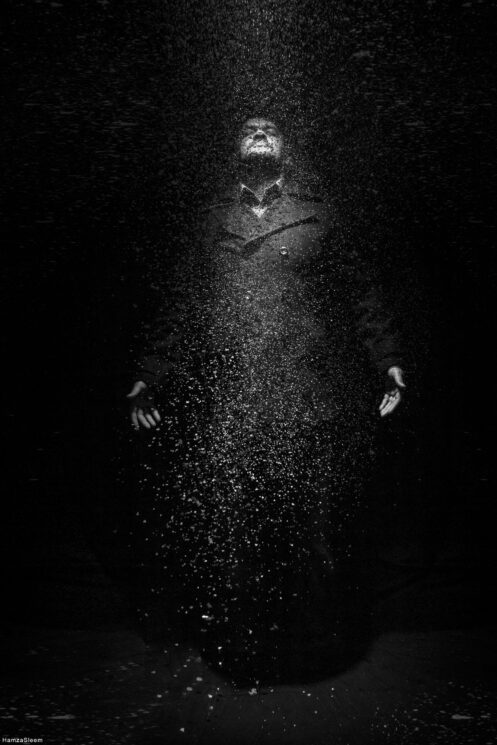 I expect there was quite a bit of cleanup to do after the shoot was done, but I think we can all agree that after looking at the images above, it was worth it. Hamza’s final results are pretty amazing, especially when you consider the space it was shot in. No huge fancy studio and elaborate lighting setup. Just a single light in a small home studio.

If you want to find out more about Hamza and see more of his photography tips and tricks, be sure to subscribe to Hamza’s YouTube channel!

How 15 different artists shot self portraits using only home lighting

« My perfect portable setup for the traveling retoucher or photographer