A little while back I was contacted by Bruce Devon and & John Irwin and they pitched a post about a new “hack” – an intervalometer/firmware hack that ramps the camera shutter to 1/93000, allowing to action-freeze action sports. Indecently it was April’s first. 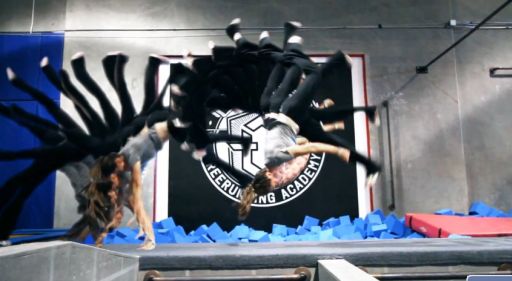 Now, I am not really sure what “ramping the shutter to 1/93000” even means, but I loved the resulting video, and asked them for some explanations on how the video was made. Turns out that while shooting the video took a bit under two hours, creating the freezing effect took about 35 hours of after effects effort. The prank, textual explanations and a how to video after the jump.

First, here is the original prank

Now, this is how it was made

I’ve wanted for the longest time to make a video with friend Paul Darnell, one of the co-founders of Tempest Freerunning Academy and was so happy to finally get the chance. I wanted to do a free running video that had something unique to it. I wrote up a pitch for the general concept and Paul was in. He was also cool enough to ask some of his teammates, Frosti and Luci Romberg to help out.

But enough about the setup, here’s how I made this thing:

I took an Apple desktop mouse, removed the top and cut the cord in half. I taped it to the top of the camera and Voila! a customized intervalometer. I took an old piece of RAM from a dead laptop and snapped it into three pieces to use as “the transmitters.” My friend and fellow filmmaker Sean Barrett helped me out on second camera and we only had one of the camera props so I made sure it was on whatever camera we saw in the shot.

We shot the video in less than 2 hours but the post process took more like 35 hours. It would have taken a lot longer if it weren’t for the lovely Roto Brush tool in Adobe After Effects. The tool allows you to use a brush to create and modify a mask as you move from frame to frame. I created a mask for each particular frame (over each free runner), then I made a freeze frame from that cut out and put it behind the cut-out frame that would come right after. I just kept doing this every frame or every time I wanted to have a frozen version of each free runner (or when they visibly squeezed their hand or pressed their palm against something, triggering the “transmitter”).

Most of the shots were on a tripod so I didn’t have to worry about motion tracking. After doing effects on the shot, I made the shot feel handheld in post. For the few shots that were already handheld, I had to motion track all the handheld motion so that when there was a freeze frame, I could track it to the motion from the camera and the frozen stills of the free runners would look like they were floating in the scene. 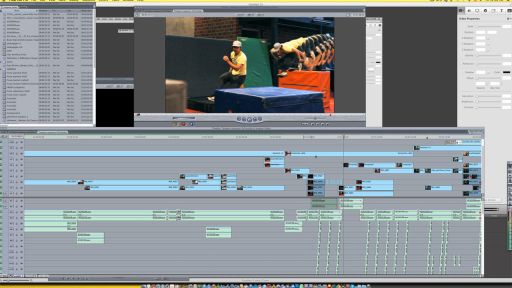 The effects took a while but they weren’t particularly difficult. The hardest part was the editing and constructing an interesting enough story with the limited footage we got (and making it as believable as possible). There was just one pick up shot needed: the shot of the device smoking at the end. I shot this in my apartment with my iphone. I poured nail polish remover all over the top of the “intervalometer” device and lit it on fire. After it went out and was smoking, I filmed myself with the iphone standing on a red towel (to match the floor at Tempest Academy). 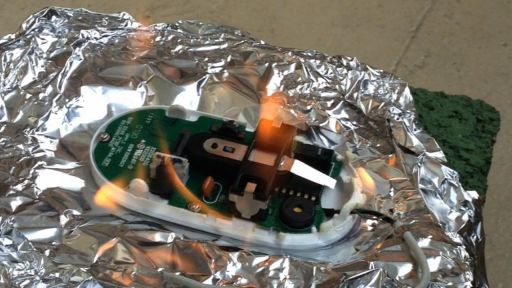 Releasing the video on April 1st was purely coincidental. I hadn’t been planning on it but since I finished editing a couple days before, I decided it couldn’t hurt to release it that day, since there was enough of an April Fools vibe going on in the video. Honestly, my intention isn’t to trick people, it’s just to make a fun video. I hope folks get a kick out of it. I can’t wait to do more stuff with the Tempest Team as long as they’ll let me.

And finally, the how to video

If you enjoyed this video and tutorial, check out John Irwin’s site and youtube channel. Good stuff.

« 12Bit Vs 14Bit Raw And Compressed Vs Uncompressed… Does It Matter?
How High-Res Footage Of A 2 Story Kraken (Giant Squid) Was Taken »