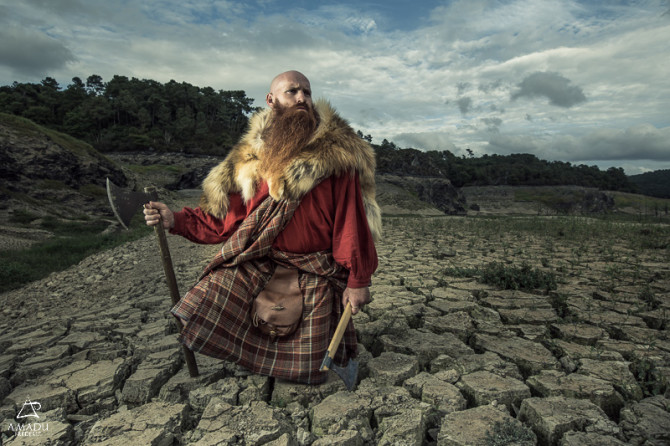 When I was younger, I used to visit the French Brittany quite a lot. Brittany is the Celtic part of France where many wonderful legends of my childhood lived: King Arthur, Broceliande forest, The Holy Grail,… I wanted to organize a shoot in that location for a really long time and looked for a good location and concept. A few months ago, I learnt about an artificial lake, right in the middle of the French Brittany. Being artificial, the lake is emptied every 30 years for maintenance. and what do you know. 2015 hit one of those 30 years marks.

It a lake like no other. The old houses and dead trees are still there, under the water, and after several months without water, the lake dries completely, down to desert-dry level. The wonderful thing about it is that all the scenery is still there, protected from man. This is the perfect spot to start telling new stories.

One of the more difficult choices when discovering such a treasure trove of a location, is where to shoot. I mean, you want to take pictures all over the place. Every second brought a new idea. There were black rocks, dead trees, old ruins, an amazing textures to the ground… I decided to focus on only 2 or 3 concepts: 2 portraits and a battle scene (there is always a battle in my photoshoot :) )

For the 2 portraits I used a single light – a speedlight – Yongnuo YN568ex II – in an Octabox and a reflector. Really kind of basic strobist lighting kit. We started shooting at about 6PM when the sun was low enough. I used a technique very similar to the 2 stops magic bullet and under exposed a bit for the background while keeping the exposure tuned for the models. Underexposing the landscape created a contrasted and dramatic mood, and the speedlight only lit the model. 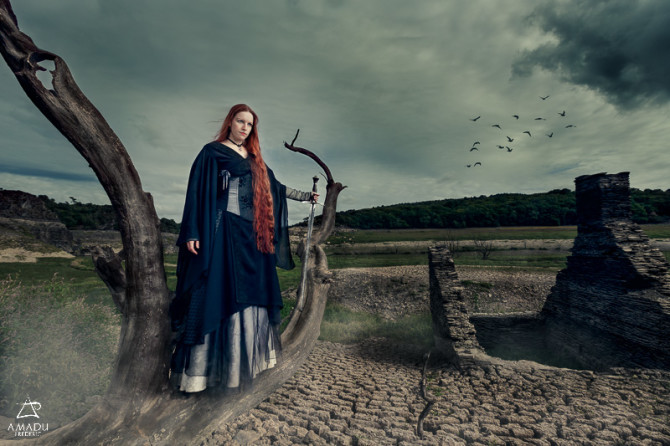 For the battle scene I used two lights: the main light – the same octa – set in front on the scene and an added back-light. I choose to shoot against an old house wall which made sense story wise. First I checked that the models were correctly positioned in the frame. I kept directing them to make sure that an arm will not hide their faces, and other such small adjustments. Then, I asked the models to simulate a strike and a counter strike.

The goal was to start the movement however they wanted; but the final position must be the one pre-studied, and this is where I clicked the shutter. I used to trigger just before the end of the movement to capture them while they are still in the intensity of the movement. 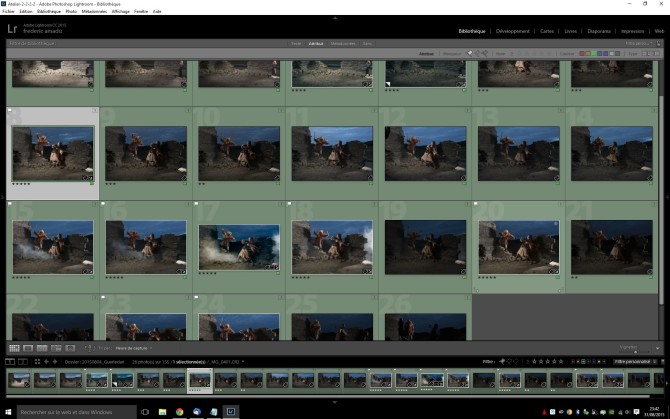 We repeated the act many, many times to get everything well synchronized, and I am quite happy with the result 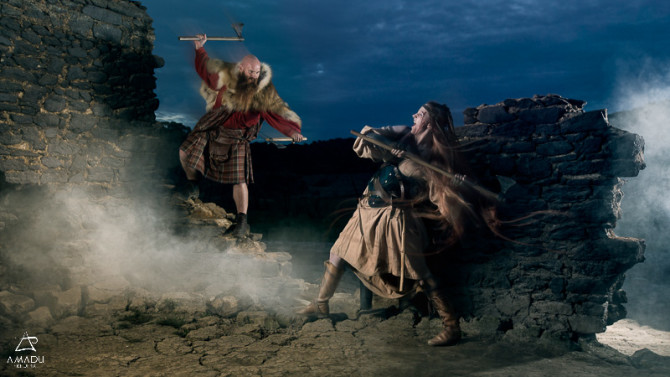 While I’m not going to do an in depth breakdown, here is a look at the before and after for each of the photos 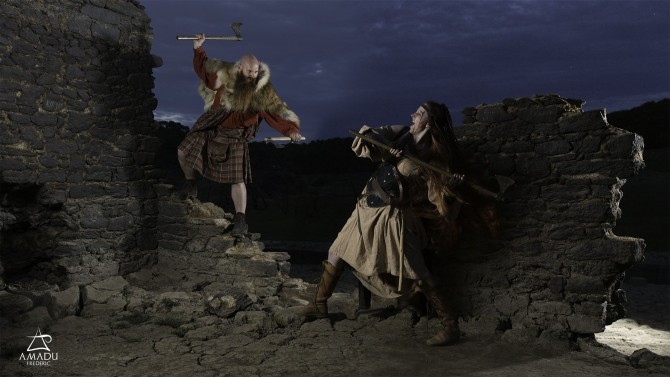 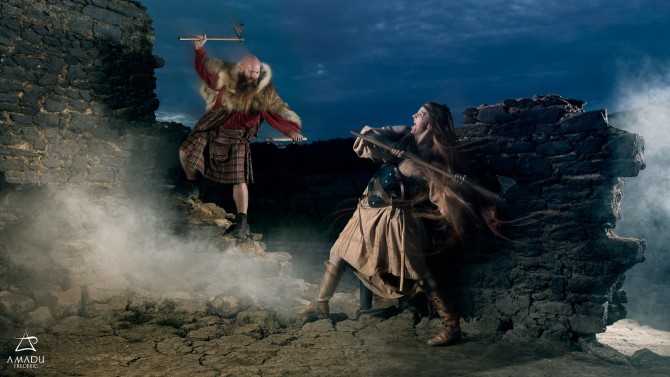 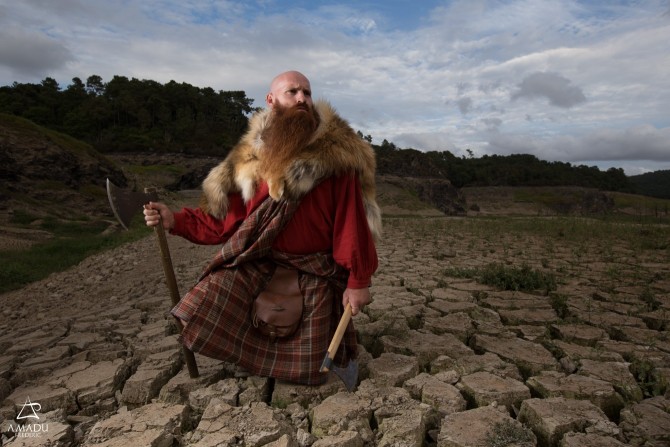 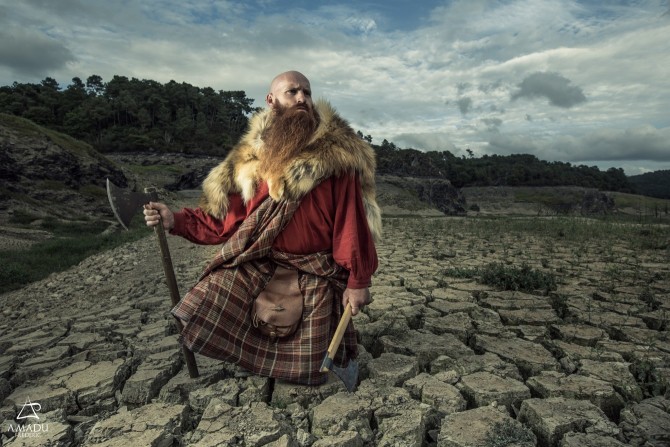 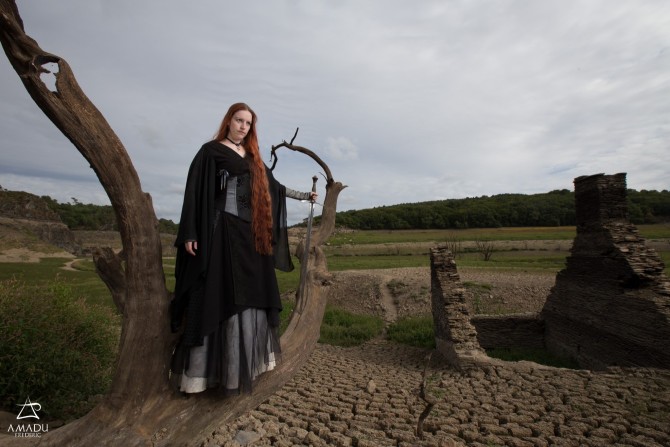 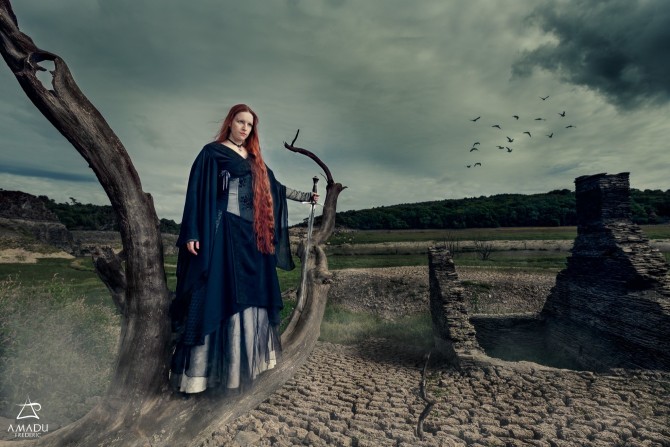 Here is a short video showing some behind the scenes of the shoot: