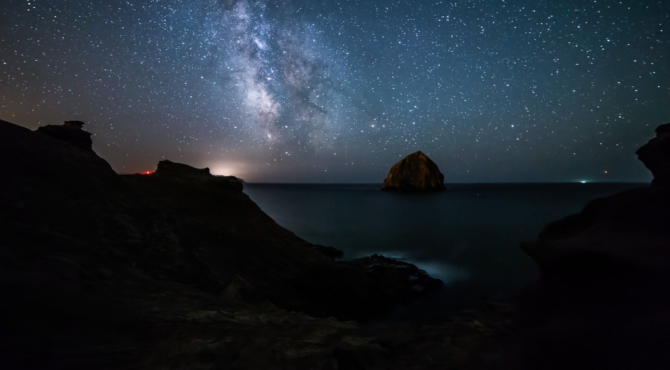 Time-lapse videos are a spectacle to behold and have been taking the photography world by storm the last several years.  Not to be outdone, Andrew Studer spent more than two years photographing the Pacific Northwest to create a mesmerizing video showing the sheer beauty of nature and its might.

Comprising an estimate 85,000 photos, Andrew says he spent “countless all nighters, camping trips, and spontaneous trips to the mountains” to produce the four and a half minutes of awesome.

“I began filming just after I graduated high school and completed it shortly after deciding to leave college and devote myself to working full time as a freelance photographer/videographer. I know for a fact that working on this helped me see where my true passions lied and was key in giving me the confidence to enter full time into the freelance world.”

“I decided to name the film what it is not only for the dynamic change a timelapse video is able to display, but also because of how it affected my lifestyle,” says Andrew.  “Working on this film, I became ‘restless.’ I spent just about every weekend and even school days backpacking, camping and exploring some of the most incredible places the Pacific Northwest has to offer.”

The “film” was shot using a Sony A7s, Canon 6D, Dynamic Perception Stage Zero Slider, and Emotimo TB3 pan/tilt head, but, as we’ve seen in the past, a great time-lapse video does not require expensive gear.  Take this incredible 4K time-lapse shot in Tokyo using a Canon Rebel T4i.

For me, often times the question isn’t about how grand I can make a shot with a plethora of gear but rather how much I can get from the bare minimum equipment.