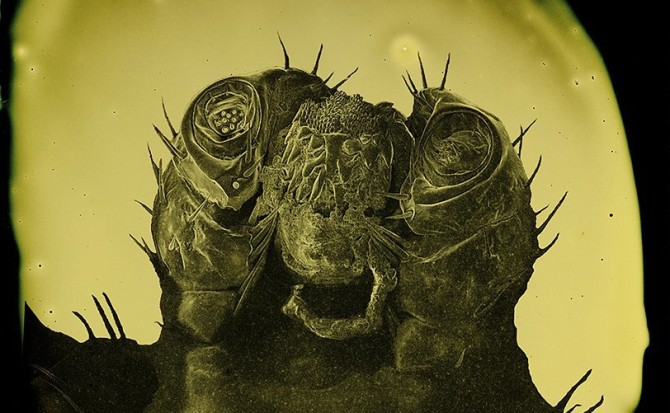 When you were a kid, did your parent let you see Alien? If they did, I absolutely know for sure* you had nightmares from that dinner scene where the alien pop out of that guy’s tummy.

Photographer Marcus DeSieno had that exact same fear and he tunneled it into art as he grew up. But as you grow up you get better weapons and DeSieno fought his fear with Electron Microscope and Tintypes.

It is pretty interesting how one decides to shoot parasites as a body of work. DeSieno tells National Geographic that

My brother was babysitting me and he brought home the movie Alien. There’s the premise that an alien is gestating in a human stomach and pops out and terrorizes people. That developed a fear of these invisible monsters, the idea that something could be living inside me. I carried that over into adulthood and then decided one day that it would be interesting to confront this fear

And while there are no Aliens amongst us, DeSieno turns his camera on real parasites that dwell in the human body. 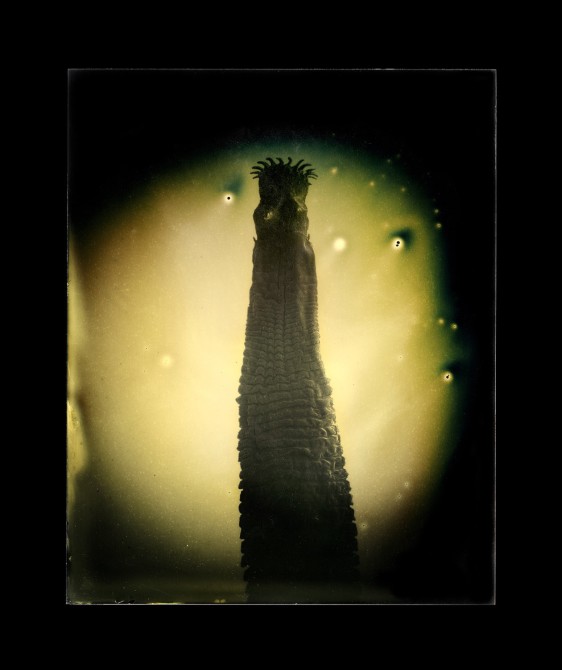 Taking a tintype of parasites that are smaller than a milliliter is not an easy task. Each shoot begins with DeSieno picking up a dead subject, dehydrating it and posing it to perfection. Then he uses a Scanning Electron Microscope to create hi-res images of the beasts. (well, they are not really beasts, but after looking at them using such SEM magnification, they will haunt you). The file from the SEM is used to print a digital negative which in turn is ‘exposed’ to a dry-plate gelatin ferrotype. Lastly, the ferrotype is scanned and printed at 4 feet length prints. Did I say nightmares? 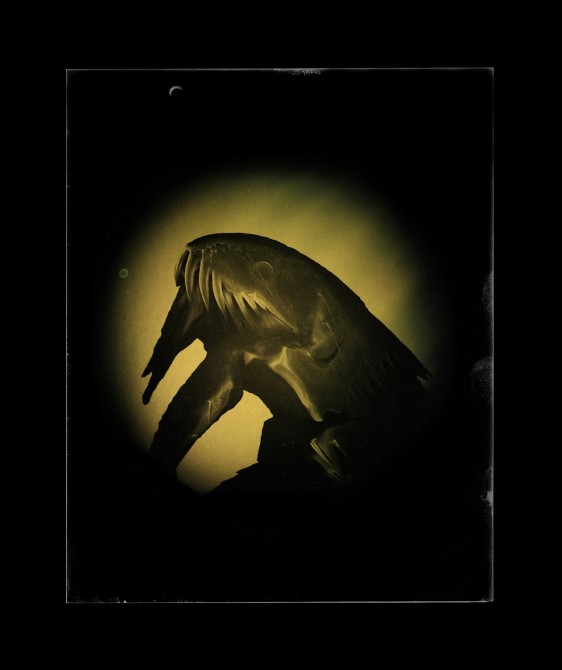 At that size, I am not even sure what is more scary, having an Alien bust your chest, or meeting with one of those parasites at night. Of course, our own human body actually inhabits most of those 4 feet monsters. 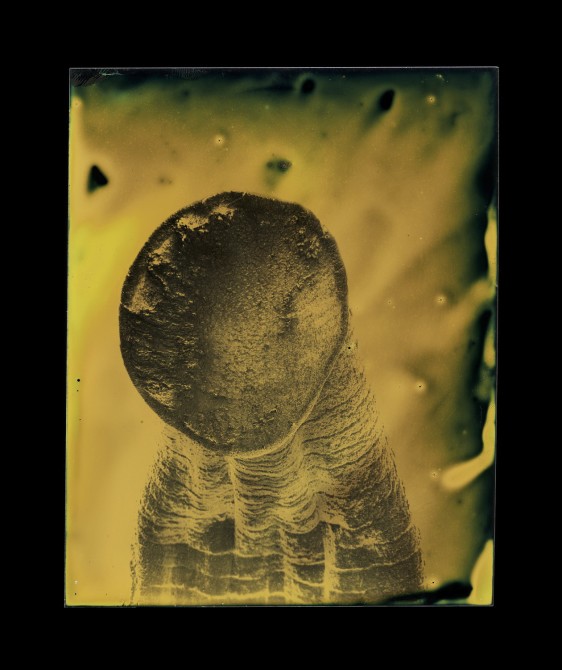 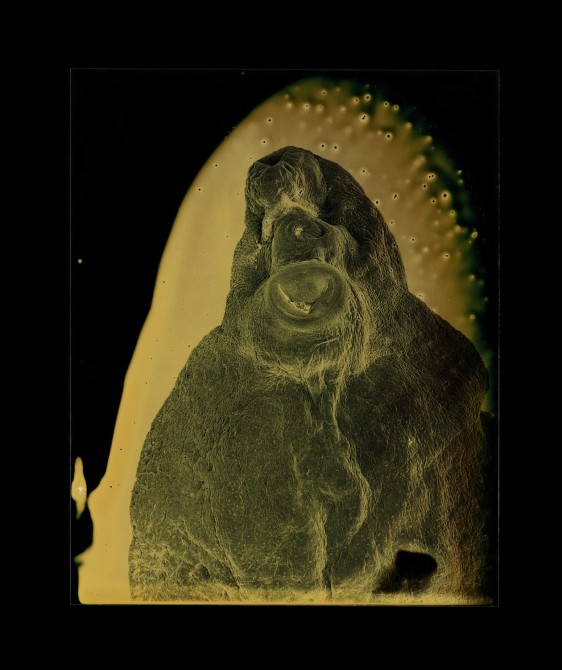 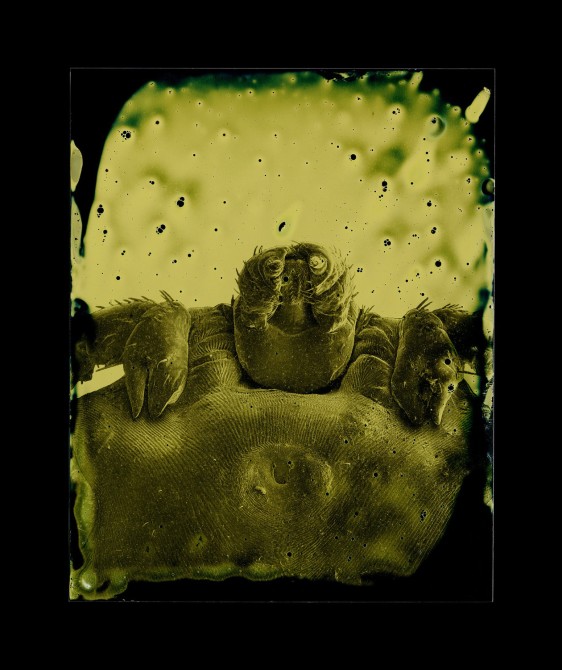 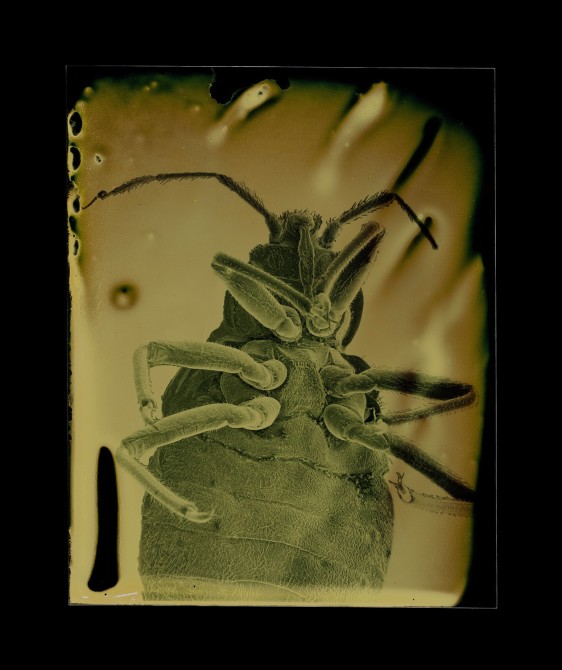 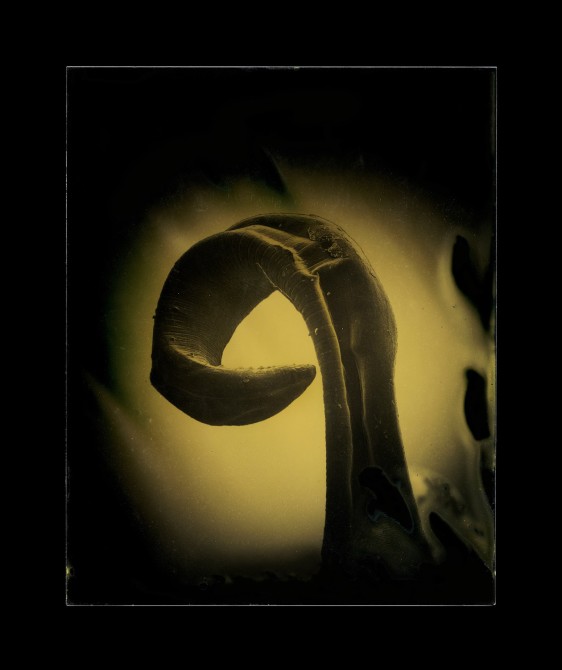 [Parasites | Marcus DeSieno, thanks for the heads up, Nick!]

*if you don’t here is a replay, I am pretty sure you’ll have some now:

Some tintypes I made using focusing loupes as lenses

« Wikimedia: Because the Monkey Pressed the Shutter, It Owns the Picture
6 1/2 Year Self Portrait Project Documents The Photographer’s Life Living A With Mental Illness »