It is always interesting to see how different people respond differently to the same raw material. Specifically for this post, how seven different photographers interacted with the same lighting modifier. 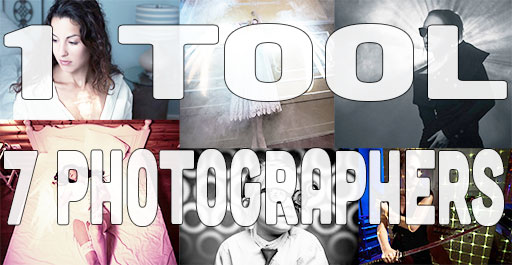 When I first built the Light Blaster, I gave several photographers a copy of it during various phases of development. Some got an almost finished product, while some got a 3D printed prototype held together with spit, epoxy glue and rubber bands. Since the Blaster is a creative tool in the sense that it not only shapes light but also has to take a creative input, it was interesting to see how each of the photographers built a story around it, playing with the setup and location. You have already seen two of the photographs in the announcement post, and there are five more.

1. Brian Bulemore / A Spy Shoot in A Brewery 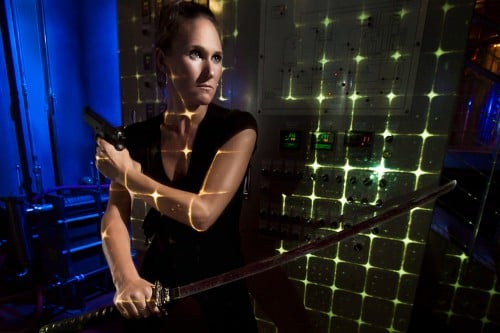 Brian Bulemore of Abacus Photography took the grid slide and made it look like a mission impossible grid alarm. He set the location in the Crux Fermentation Project which is the most delicious local micro brewery using the beer kegs and brewing control board as industrial background.

Interestingly, some of the fermentation gear at the brewery came from Japan which added a nice touch o the project. 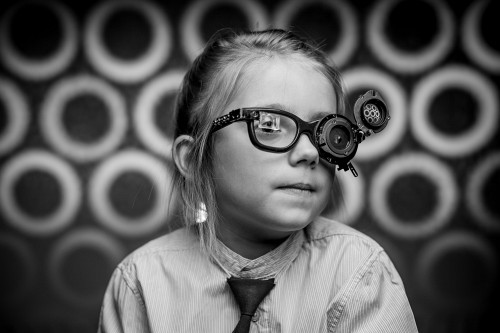 Maciej Pietuszynski, who most of you know as Tilted was the first one in the beta group to actually print his own slides. Being the creative person that he is, he also built a special set of staempunk glasses that could refract the projected backdrop.

If you want to see a “perfect” setup for using the Blaster as a backdrop projector, Maciej has it nailed. Using a softbox for soft light, and having it gridded so it will not contaminate the projected backdrop with light. 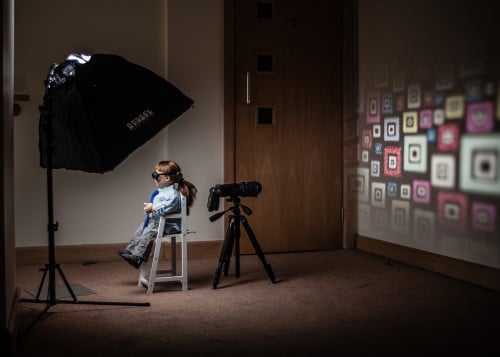 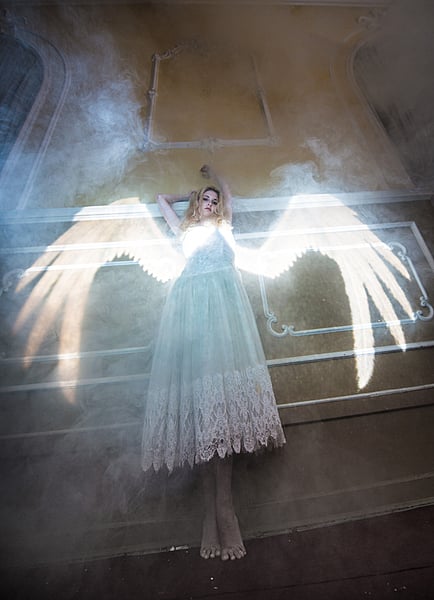 Stefan Kohler of German based studio Kamerakind probably did the most extensive set of test on the Blaster, taking it to a four days shoot in an abandoned hospital. The location is just creepy beautiful and Stefan used a large selection of the slides in the kit, along with a few 35mm slides he found. The movie is in German, just click on the English subs. You can find the entire set on their Light-Blaster page. 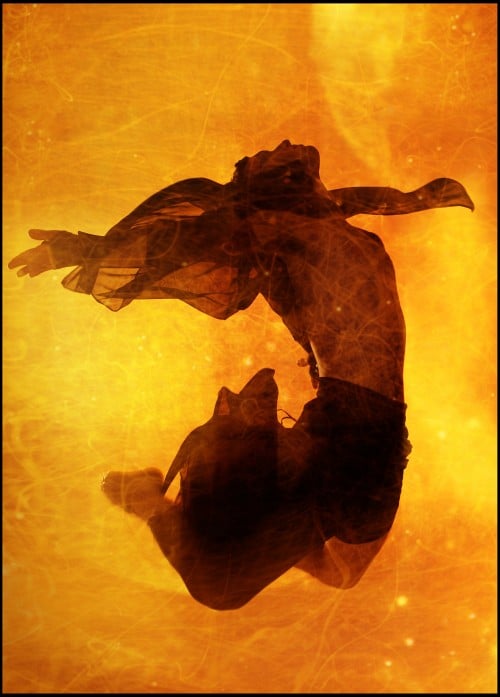 I was not really sure what I was going to get back from Renee, as she is known for her crazy composites. Unsurprisingly, she came up with a composite, which was counter-intuitive at first, why would you do a composite when you can blast any image you would like? Renee explained that it was easier to composite a Blasted image than one shot on a regular background.

Guy Viner took the blaster on a hotel shoot. Aside from creating a fantasy angelic shot, which sadly we can’t share just yet, he wins the prize for the most creative mounting method of the blaster. Sticking it between an AC unit and the rafters. 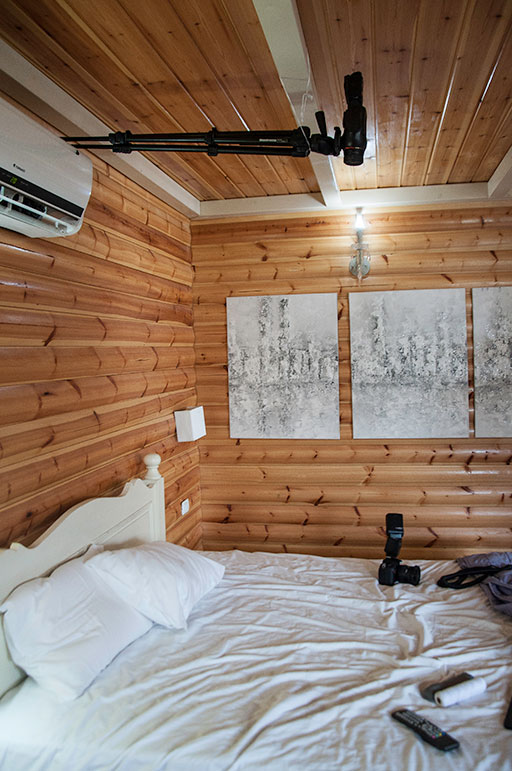 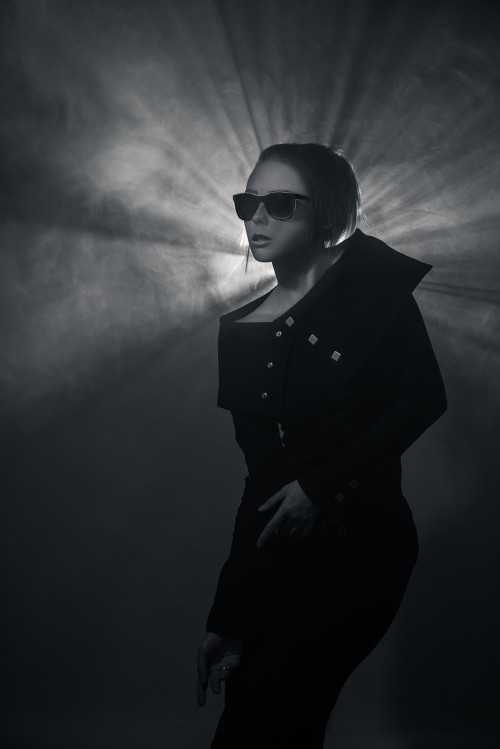 Ben’s photograph was features on the first Blaster post, he did something I never thought of (typical Ben) and used the “Crazy checkers” slide from the backdrop kit to put some texture on the light coming from a strobe and going through some smoke, giving it a pretty unique effect. 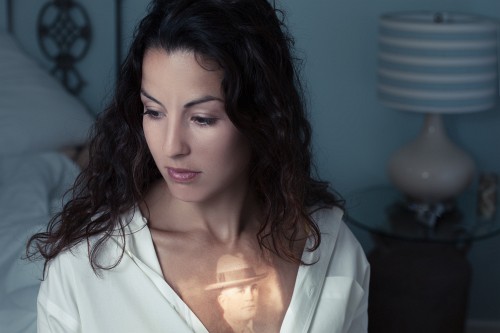 Jill Rosell, a Bend, OR portrait photographer took the opportunity to tell a great story about a young lady who misses her grandfather, She actually used a  bedroom and a projected grandfather slide onto the your lady’s heart.

That’s it for this round, a huge thanks for anybody who bought a unit, I cant wait to see what people come up with.

P.S. you can get your Blaster here.

Studio portraits: What modifier for what light?

How To Make the World’s Best Lighting Modifier for $5

This is why an octabox is the best modifier for portraits

This is my favourite $1 lighting modifier

« How To Photograph A “Bioluminescent Splash”
Dear Electricity & Gas Providers… »