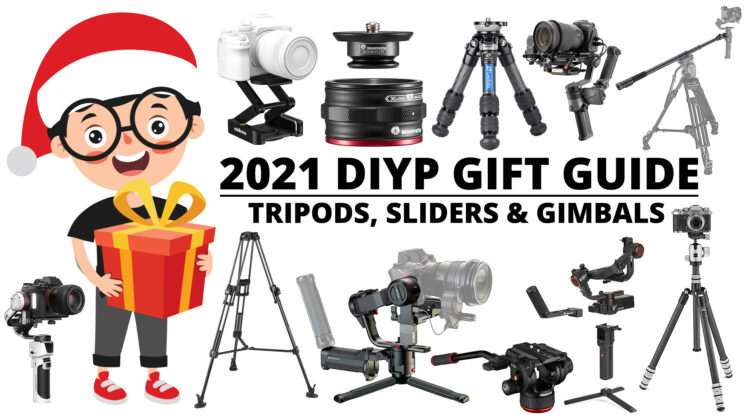 The season of giving is upon us – which becomes immediately obvious whenever you walk into a store and you’re overwhelmed by Whamageddon. If you want to avoid the Christmas music and prefer to do your shopping online, then have no fear, DIYP’s 2021 Holiday Gift Guides are here to rescue you with some of our favourite new releases of the year, as well as a few old favourites that always seem to find a place in our gear bags.

In this post, we’re going to be taking a look at Tripods, Sliders & Gimbals. Keep an eye out for our next guide coming tomorrow covering other photography and filmmaking accessories and gadgets and be sure to check out our previous guide going over the best of this year’s new Cameras, lenses and lighting gear. 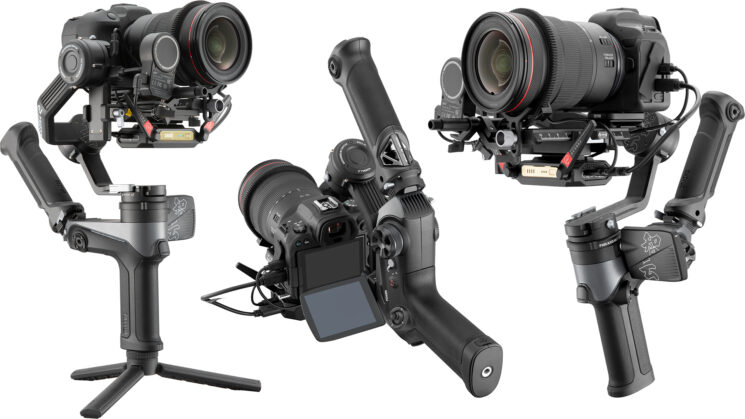 Announced in July, The Zhiyun Weebill 2 brings with it a somewhat unique feature amongst gimbals. It contains a built-in flippy out touchscreen LCD that lets you not only control the gimbal with an easier to use interface but also lets you stream your camera’s view in real-time with AI tracking features (if you have the TransMount AI transmitter). It’s available in four packages, including Basic, Combo, Pro and Pro Plus – the latter of which we’ve reviewed here. 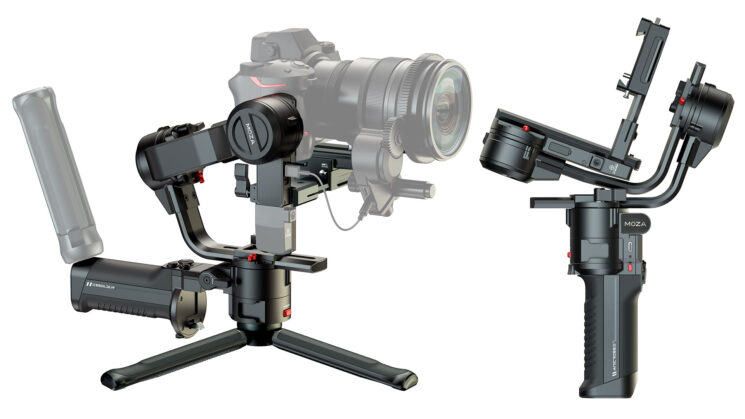 The Gudsen Moza AirCross 3 is the followup to the popular AirCross 2 but upgrades it with a new transformable design and a pretty significant load increase. Like the Weebill 2 above, the AirCross 3 also contains some AI features, including gesture control and facial recognition tracking – and it doesn’t even need to see your camera’s view to be able to use it. The Moza Intelligent Brick has its own 1-megapixel camera built-in. It’s available in Basic, Pro and Master kits. 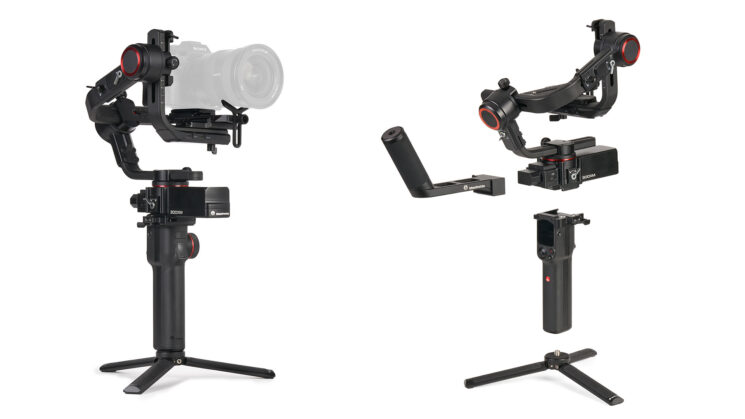 Everybody seems to be trying something new this year, and Manfrotto is no exception. While the company’s been around for quite a while, they’re a relative newcomer to the world of gimbals and this year they’ve released the Manfrotto 300XM a modular gimbal that you can take apart and adjust to your needs or to fit into unusual spaces and rigs – like mounting to a vehicle – while maintaining an optimum centre of gravity. 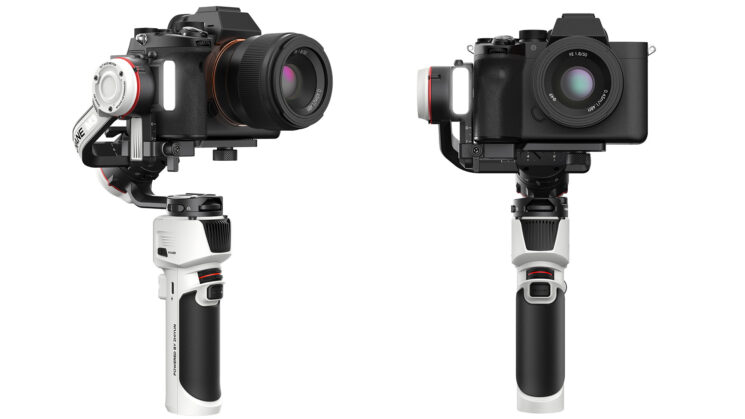 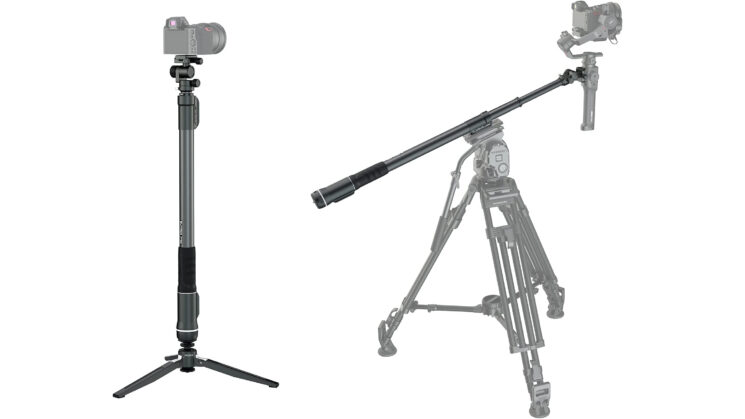 When it comes to unique camera sliders, the Moza Slypod series pretty much sits alone. The latest is the Moza Slypod Pro (review here), which took the unusual step of releasing on Kickstarter but now it’s available through the usual outlets. Made from mostly carbon fibre, the Slypod Pro is very lightweight considering what it offers and addresses the issues that users had with the original Slypod. It now also comes with removable feet, allowing you to use it as a regular monopod, an extra Arca Swiss compatible tripod mount and lets you create shots that would be simply impossible with a more traditional slider. 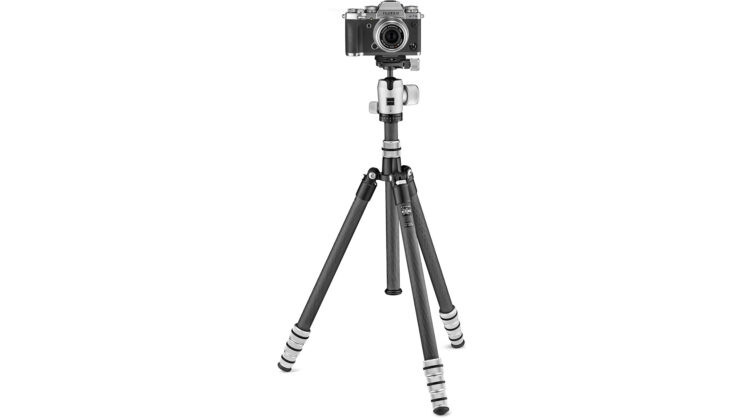 The Gitzo Légende (review here) represents the beginning of a new era for Gitzo, with easily user-repairable tripods and accessories with a huge emphasis on recyclability and its own use of recycled materials. It’s available on its own as a tripod and ball head combo for $549, or in a kit that includes a matching backpack for $729 that’s made from 65% recycled materials by weight. Having used the tripod for quite a while now, it’s one that I feel pretty confident will last a lifetime with good care.

The Manfrotto 504x (review here) sits in between the 504HD and Nitrotech 608 video tripod heads in the lineup and offers some of the best features of both. It takes the standard Manfrotto 500 series video plates and comes supplied with a 504PLONG that offers both 1/4-20″ and 3/8-16″ threads for maximum versatility. It can handle camera rigs weighing up to a heft 6.5kg (14.3lb) letting you mount pretty much anything you like to it and has a built-in 75mm ball base for attaching to some video tripod legs. 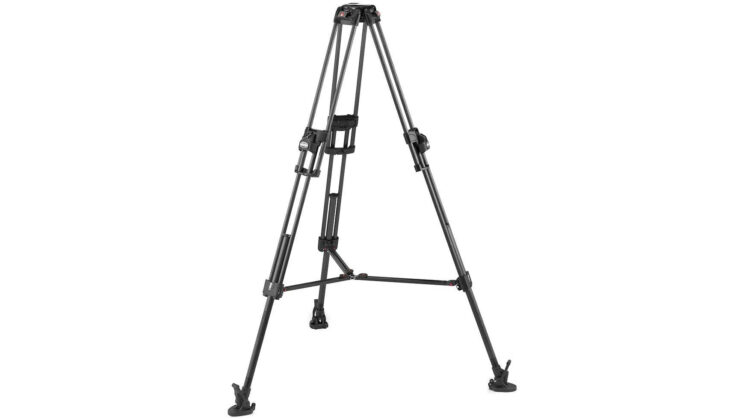 If you want some beefy but relatively lightweight video tripod legs, the Manfrotto 645 Fast Twin Leg Video Tripod (review here) is definitely something you should be checking out. With a load capacity of a whipping 24.95kg (55lb), these legs can handle some hardcore camera rigs. Combined with the 504x Fluid Video Head above, it’s a combo that’ll handle just about any DSLR or mirrorless rig you might want to throw at it. 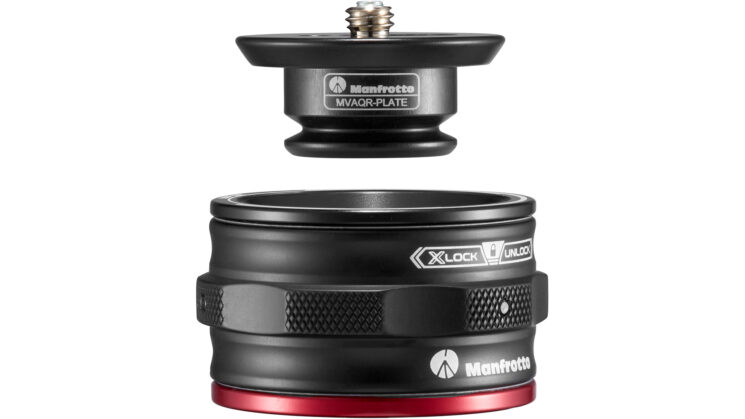 The Manfrotto Move is a quick release system that allows you to quickly (as the name suggests) and easily swap your camera or gimbal between different support devices like sliders and tripods. It features a 3/8-16″ hole underneath and a 1/4-20″ thread on top along with a 1/4-20″ to 3/8-16″ adapter letting you mound pretty much anything to anything. 15° mounting plates are also available,  designed specifically for the GimBoom as well as spare flat plates so you can load up multiple cameras to swap in and out easily. 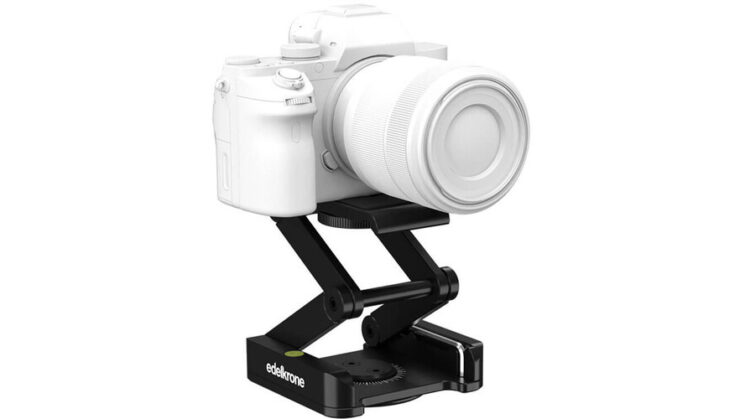 The Edelkrone FlexTilt series is a rather unique line of tripod heads. You can pop it on top of a tripod or slider to let you quickly and easily adjust the position of your camera without having to deal with a bunch of locking knobs. While typically quite expensive, the newest iteration, the FlexTilt V3 has dropped the price down to a mere $99, making it a great little stocking stuffer for the photographer in your life or just a nice relatively inexpensive little treat for yourself. 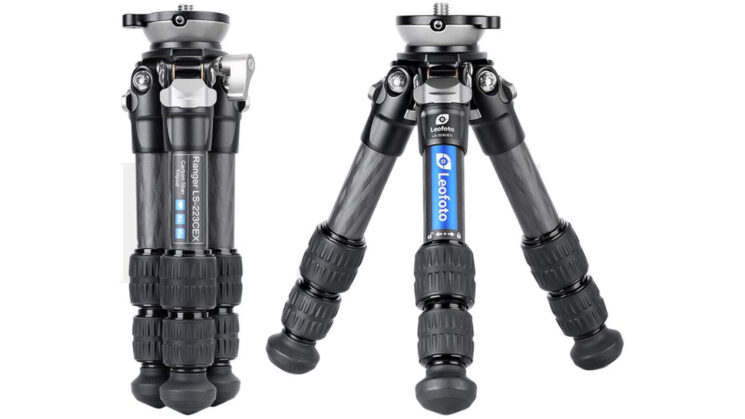 This is a tripod that seems virtually impossible to get here in the UK and I spent months waiting for somewhere to get it in stock here (thanks, WEX!) but it’s quite readily available in the USA. It’s the Leofoto LS-223CEX and like many other items on this list, it’s somewhat unique. For a start, this thing is tiny. And by tiny, I mean at maximum height, it’s a mere 317mm (just over 12″). But it contains a bowl levelling head without a centre column to lock it. It’s a little knob off to the side. This makes it ideal for getting those super low to the ground shots, timelapses and video sequences with something like the SliderMini 2 without having to add the extra height of a separate tripod head.

So this is our tripods, sliders and gimbals list for 2021. There have been a lot of great pieces of camera support and motion control gear released this year with a lot of new innovation and ideas to differentiate the companies from one another. The variety in gimbals alone this year has been pretty cool to see. And if you want some gimbal shooting inspiration, be sure to check out these 13 gimbal filming tricks and these three physics-defying techniques.

Keep an eye out for tomorrow’s guide covering a bunch of photography and filmmaking accessories and gadgets and don’t forget to check our previous guide for the best of this year’s new cameras, lenses and lighting gear.