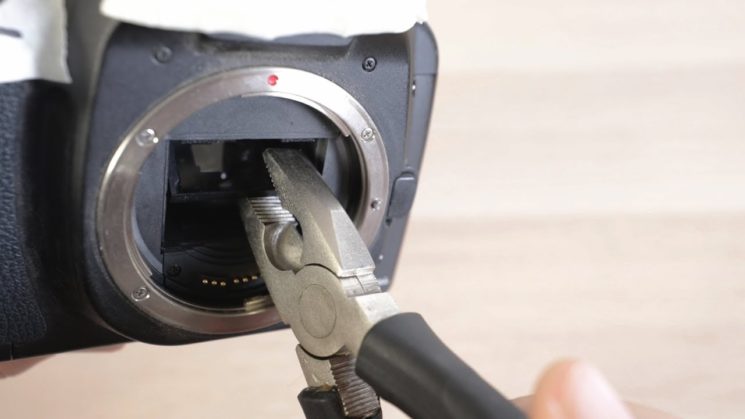 As you can probably imagine, Eric removes the lens cap to reveal the inside of the camera. Then he takes pliers and removes the mirror from within. It’s all a bit painful to watch, to be honest. But I’m pretty sure that the camera he’s “hacking” is already dead. And I have to admit that I just love the “Nikon Z” handwritten on a piece of masking tape. Classy! 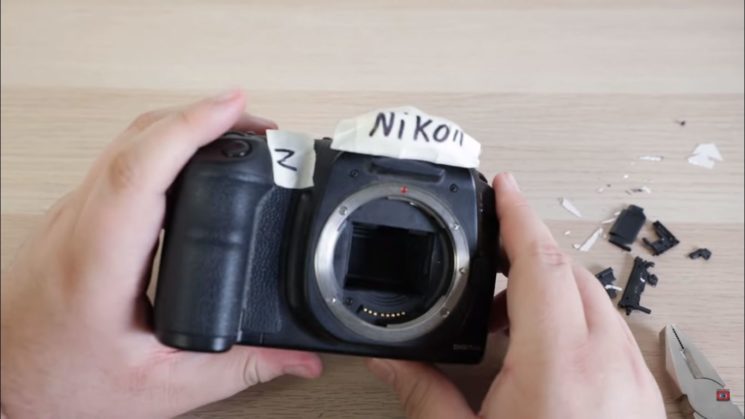 The idea of the video is pretty funny, and so are the comments. This is one of my favorites: “Just tried this on my dads camera, cant wait to see how happy he is when his d850 is now a mirrorless!” So, other than watching the video, make sure to read the comments as well, they’ll make your day.

As Nikon keeps building up the excitement around the new mirrorless camera, some photographers are hyped about it, while the others are already a bit annoyed by the entire thing. Eric seems to be in the second group, if I can conclude well from this parody video. But he demonstrated it in a pretty hilarious way. And what about you? Are you excited about the new Nikon mirrorless? Or you just want all the hype to end already?