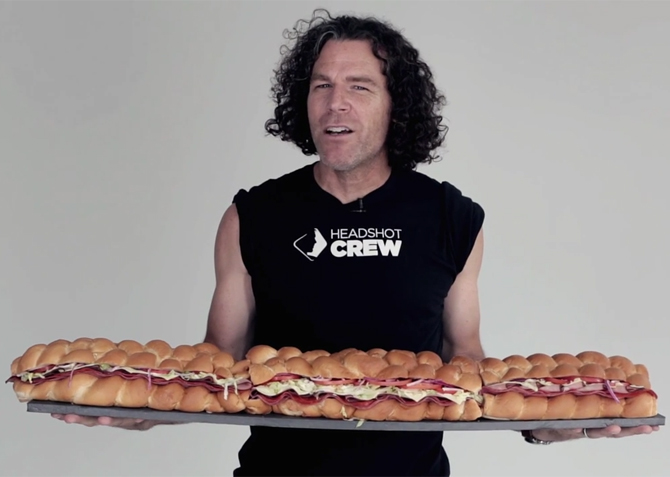 Portrait photography is a lie. At best you could call it partial truth.

It’s all about showing what we want to show in a person and hiding what we don’t.

So do I think this is a bad thing? Not at all, which is why I’m sharing with you Peter Hurley’s latest tutorial video on how to get your female models looking slimmer and the men jacked.

Not only will you get better looking portraits, but if you take this advise literally you will also have a giant sandwich to eat after the shoot.

“Slim your arms down anytime you are getting your picture taken. Rid yourself of the 10 extra pounds the camera is said to add with this simple arm move,” Peter writes about this quick and easy trick.

This video is all about where your model should put his or her arms. Most people put them on their hips, and Peter says this is a big no-no. Even better, he uses several models to demonstrate why arms shouldn’t be placed on hips and what should actually be done with them.

You’re better off with the hands going in the pockets and taking the elbows back, but while that will make your model’s shoulder less wide than if the hands were placed on the hips, there’s an even better solution and it’s called ‘Hold Your Sub’.

Pretending to hold a giant sub sandwich slims down the arms by aligning them with the camera and pushing the elbows back, making the model’s shoulders look less broad.

A quick look at the photos below shows why you definitely don’t want the arms placed on the hips (left). Hands in the pockets (center) is way better than the first option, but holding the sub (right) is the winner here. Granted the difference between the second and third shoot isn’t as drastic as between the first two, but these small details can make a big difference. Remember what we said about photographers being obsessed with the details? Well this is something non-photographers will notice as well.

This trick is also super useful if you photograph men as well, but instead of slimming down the arms it will make those muscles pop out. 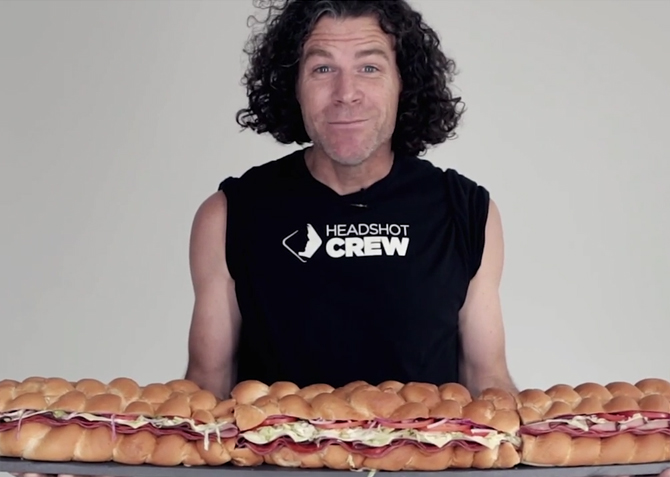 What about wider portraits where arms are included in the photo? No problem; Peter has a solution for that as well. Simply twist your arms to “streamline” them with the camera as if you’re holding the sub and then drop them.

Oh, and it works for selfies as well! 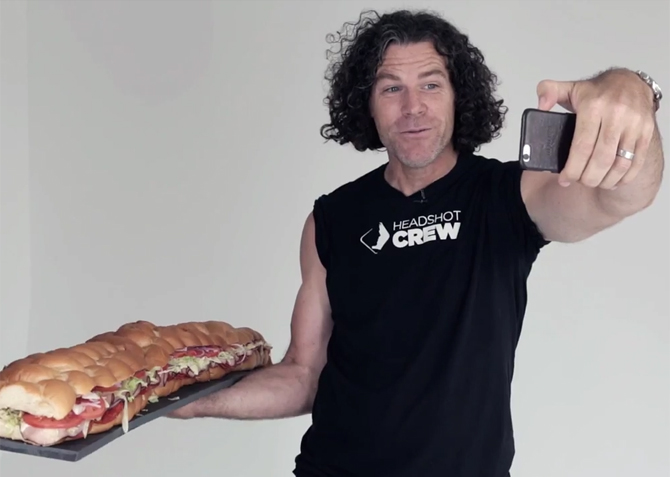 So there you have it; a quick, simple and free tip to improve your portraits.

Can You Tell How Many Photos Can Each of These Hold?