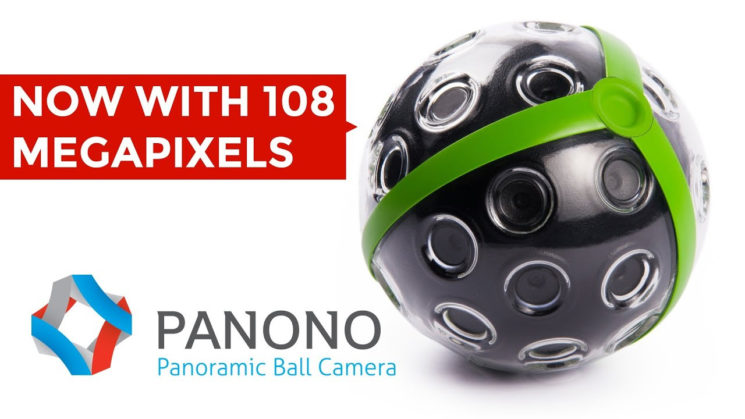 We all know the risks when we back a crowdfunding campaign. Although the risk is typically that the project will fail, the company goes bust, never delivers on the products and all the backers are out of pocket. What backers don’t expect is that a successful campaign backed based on set terms suddenly decides to start charging extra for part of that service way down the line.

Panono launched on Indiegogo () way back in 2013. It’s a “Panoramic Ball Camera” offering 360° views with a whopping 108-megapixels. Even today, that’s mighty impressive. You need to utilise their cloud service for processing the images, which was included in the purchase price of the camera. Now, they’ve decided to start charging for it.

The campaign raised over $1.25 million with a goal of $900,000, and even had the support of former Leica CEO, Ralf Coenen. For a reminder, this is what the campaign video for the Panono looked like.

Bringing things to the current day, an email was sent out to Panono users stating that the previously free service was, from September 1st, 2019, going to cost €0.79 per image to process and stitch using their cloud platform. One Panono owner, photographer Nico Goodden, took to Twitter to voice his frustration.

Share this so others don't make my mistake! Camera company @panono now charging for a key service that was free & helped my decision to purchase the £1700 camera. I feel disgusted. Lesson learnt, NEVER invest on a @KickStarter. Full article coming soon! #panono #photography pic.twitter.com/W2pCJgJR29

Yes, with less than a month’s notice, the service on which this camera relies is going behind a paywall. This wouldn’t be so much of a problem, except for the fact that you can only stitch images from this camera on their cloud-based system. There is no offline software to do it yourself under your own processing power, and the files created by the Panono camera are not compatible with other stitching software on the market.

Many other users on Twitter say that they have attempted to reach out to Panono on the platform as well as via email. Panono has not posted to their own Twitter account since last November.

One might argue that these people have gotten a good few years of use out of their cameras and it’s time to upgrade, however, today, even the mighty Insta360 Titan sits at only 55-megapixels at maximum resolution, which is half that of the Panono. And the Titan costs $15K. While the Titan is an excellent camera, it’s a very different kind of camera. So, there isn’t really anything else on the market today to upgrade to.

Sure, there are cameras like the Insta360 ONE X, with a variety of accessories to send them sailing through the air, but 18-megapixels is a far cry from 108-megapixels. And people who already own a Panono seem to be very happy with them. They wish to continue using them. But in less than four weeks, if they want to do that, they’ll have to pay for the pleasure.

Now, I can understand that online cloud services cost money to run, but to suddenly say to your customers “Hey, keep feeding us money or your camera becomes an expensive paperweight” is pretty crappy. And that’s essentially what they’ve done.

It reminds me a little of when EyeFi bricked a bunch of their cards by not having offline software. EyeFi did eventually do an about-face and released offline software for those cards, but customers had already lost faith in the company and switched to other WiFi alternatives. I used to know at least a hundred people who used multiple EyeFi cards regularly in the course of their work, particularly event photographers. Now, I don’t know a single one who continues to use them.

If Panono is planning to release offline software to keep their existing customers happy, then they’re going to have to hurry up get it out there quickly, or reverse the decision to start charging for image processing, or they’re likely to suffer the same fate.

What do you think? Is the company right to suddenly start charging after 5 years?

Update: Kickstarter has been in touch with DIYP to clarify that Panono was never on the Kickstarter platform, regardless of what the Tweets may say.

Canon May Be Making Customers Pay for Its Own Design Flaws

« Elinchrom launches their first continuous LED light and it’s $1,700
Facebook is forcing its identity on Instagram and WhatsApp in naming rebrand »