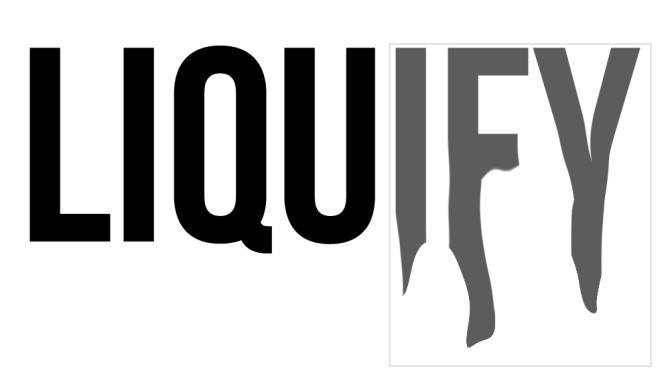 One of the good things on Adobe CC is that updates and new features come regularly and year round. One of the bad things is that those updates are not as bug free as we would like them to be. Half a year ago a CC release killed the healing brush and last week’s release seem to be razing havoc on the Liquify filter.

I a post on Adobe’s forums, user Thomas Quinn noted that after using the Liquify filter the area that was Liquified gets a bright box around it:

I am having issues with the new upgrade to Photoshop CC 2015 on Mac El Captain. The only thing I did was upgrade from a working CC 2015 to the new version. Using the liquify tool give the following look. There is a box around the area liquified that is lighter than the other areas. When I turn of Use Acceleration in Graphics Processor, it is better but …. I didn’t have to do this in the prior version i.e.. Yesterday #

Thomas posted the photo below to make his point (which is pretty obvious once you see the photo): 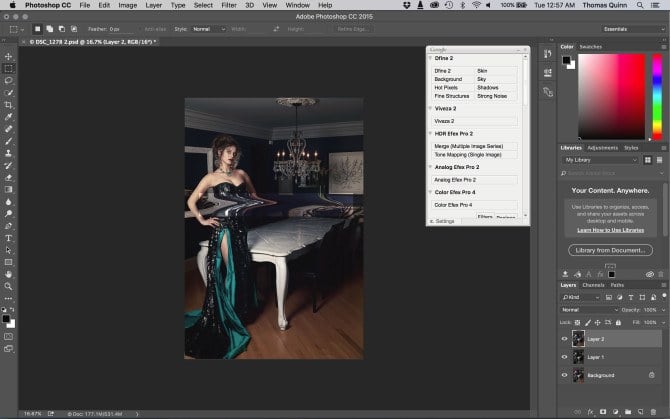 While this could be a “feature” that helps magazine readers to notice overly retouched models, chances are that this is a bug that has slipped Adobe’s QA tests.

If you have already updated, there is a work around: Click Alt (Option for Mac) when you initiate the Liquify box to disable any hardware acceleration to avoid the brightening issue. (Of course that means that you will not be hardware accelerating the filter as well).

Another solution brought on the forums is to use 8-bit images rather than 16 bit images which is not ideal as well.

Photoshop Tip – How to fix a glitchy Liquify brush on windows

« This BTS video is a zoo: Photographing 12,000 species for National Geographic is no easy task
“Photography Is 1000 Little Decisions, Take The Time To Make The Right Decisions” »