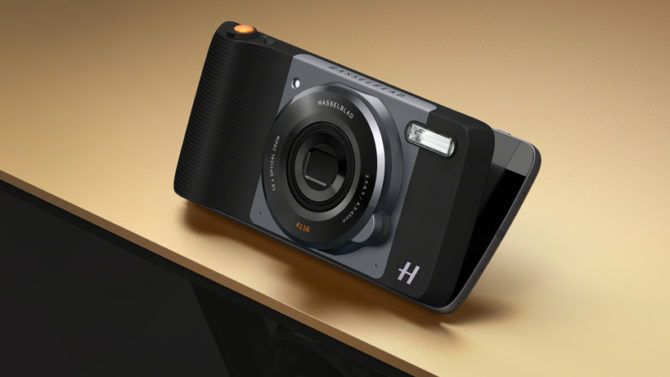 Hasselblad seem to be going in some interesting directions lately. Between the world’s first medium format mirrorless camera, and their venture with DJI, the world was already quite impressed. This latest announcement, though, has me a little curious.

Let’s start at the beginning. Motorola recently launched the Moto Z Droid phone. This phone allows for what are called “Moto Mods” which are backs that magnetically attach to your phone, increasing functionality. The latest Moto Mod is the Hasselblad True Zoom, which replaces the Moto Z’s camera and adds a 10x optical zoom lens.

The Hasselblad True Zoom features a separate shutter button, positioned where you’d expect to find a shutter button, as well as a built in Xenon flash. It has a variable maximum aperture of f/3.5-6.5 throughout its 25-250mm equivalent zoom range, and goes from ISO100 to 3200. For video shooters, it also records 1080p and has a pair of built in microphones. 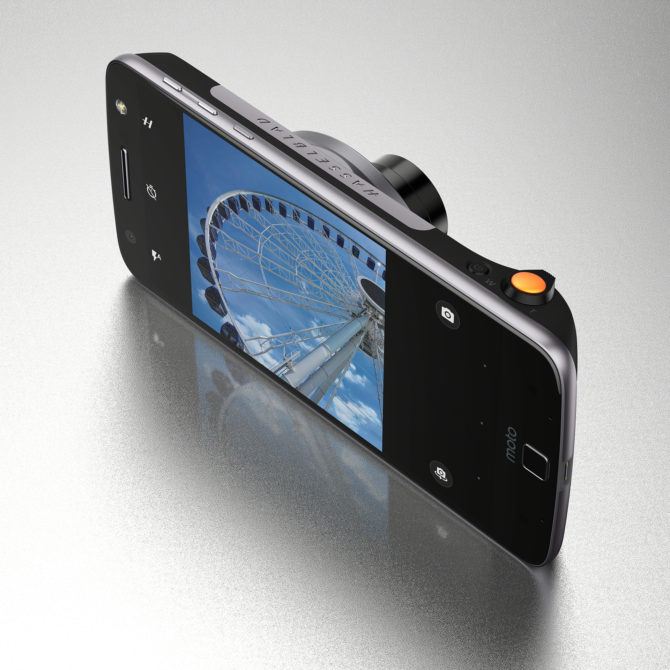 Attaching and removing the Hasselblad unit seems quick and simple thans to the magnets which seem to “suck” everything perfectly into place. It’s an interesting design, and it’s not surprising these types of systems are starting to appear. The phones in our pockets are basically miniature super computers, easily capable of handling the tasks of most cameras. Not having to build this into the camera itself means the cameras can come at a reduced cost, and size.

It’s interesting that it features a sensor with lower resolution than that of the Moto Z Play to which it can attach. The Moto Z Play is also capable of shooting 4K video, beating out the Hasselblad True Zoom’s 1080p.

Depending on what you’re shooting, at least one reviewer suggests you might actually be better off using the Moto Z’s built in camera under certain low light conditions, thanks to the wider f/2.0 lens aperture of the built in camera.

It will be interesting to see what people think of this as it makes its way into the hands of the general public. Hopefully this or a similar line of cameras will start to appear for other popular Android devices as well as iPhones.

The Hasselblad True Zoom will be available in the US for pre-sale starting on September 8th, with orders shipping out on September 15th for $249.99 from Verizon or $299 from Motorola.com.

Given Hasselblad’s recent collaboration with DJI, I wonder if there’s any compatibility or communication between this setup and DJI’s new Osmo Mobile.

What do you think? Is a camera attachment for a phone something you’d consider using? Would you prefer to just use your phone’s built in camera even if it doesn’t zoom? Or would you just buy a compact camera if you wanted zoom functionality? Let us know in the comments.