DJI have today announced a new product that doesn’t include a camera of their own; the DJI Osmo Mobile. Like the recently announced Osmo+, it’s a handheld gimbal designed for shooting smooth handheld video. The Osmo Mobile, however, steadies your smartphone. It also has a subject tracking feature which looks absolutely amazing.

The Osmo Mobile’s 3-axis motorised gimbal helps to smooth out movements from not only natural handshake, but also while moving. Whether walking, running, cycling, snowboarding or anything else, handheld gimbals are an invaluable way to take your footage up to that next level of quality.

The subject tracking is a great feature for those who want to film themselves without assistance. Simply set your gimbal up on a tripod or stand or other platform, turn on your phone’s camera, and you’re good to go. The gimbal will automatically turn the camera to follow you wherever you move.

But, it also works for handheld use, while filming yourself. For all those vloggers out there using their phone cameras, this is a very valuable feature. If you’ve ever tried filming yourself with your phone’s rear camera at arm’s length, you’ll know what I mean. It’s so easy to crop yourself out of the frame.

Even if you’re not a vlogger, gimbals are a fantastic way to up the production value of your travel or holiday videos. I use a Zhiyun Smooth-C with my iPhone SE, and it goes pretty much everywhere with me.

The Osmo Mobile offers several features that go far beyond anything other handheld gimbals do, today.

One particularly cool feature is motion timelapse. Using the app, you can tell it the start position, end position, duration, interval and shooting info, and just leave it to it.

Panoramic shots are also a feature of the Osmo Mobile. Capturing multiple images Gigapan-style, which are stitched together. I would have thought this would be something you’d require a tripod or other stable platform for. However, the video above shows this feature used handheld. I’d be interested to try this out for myself to see exactly how well it works when handheld. 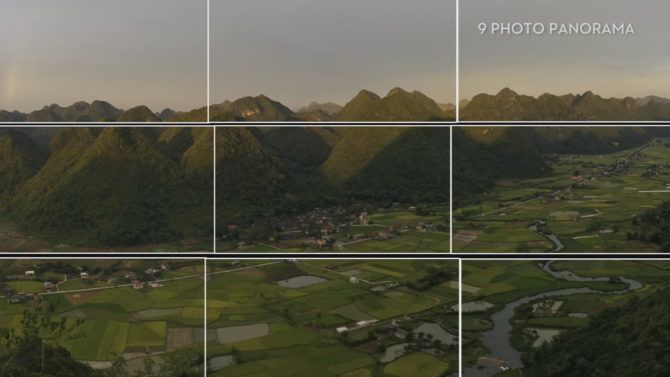 With other gimbal news coming out lately, like Yi’s Action Camera Gimbal, I think DJI’s just raised the bar quite substantially. FiLMiC Pro also just released an update today for their app which adds support for both the DJI Osmo, and new app FiLMiC Remote.

With FiLMiC Pro being so established for both iPhone and Android video shooters, this certainly gives DJI an edge over the competition. 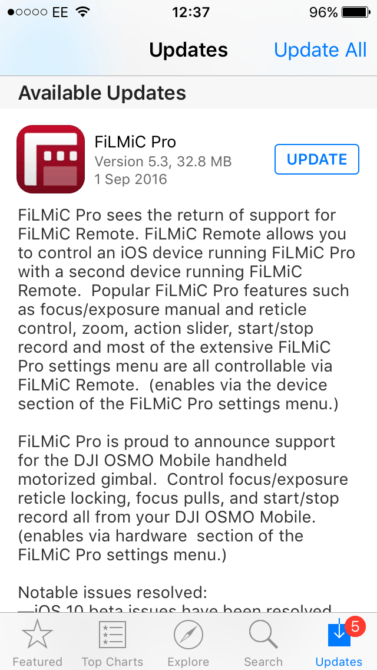 Other gimbal companies are catching up, though. Zhiyun just released a firmware update for the Z1 Smooth 2 which also adds facial tracking support. The competition is hotting up. Hopefully, DJI will follow Zhiyun’s lead and produce a gimbal for mirrorless and DSLR rigs, too. This in combination with a shoulder mount or glidecam could make for some extremely smooth footage.

The DJI Osmo Mobile is available now for $299, but at the moment you can only get it through DJI’s store. These are exciting times for handheld video. Hopefully, we should start to see some serious gimbal innovation over the next couple of years.

Have you picked up a gimbal yet? Whether for phones, action cameras or mirrorless/dslr? Is it something you’ve been thinking about? Are you waiting to see what might be announced over the next few months? Or are you already sold on the DJI Osmo Mobile? Let us know in the comments.