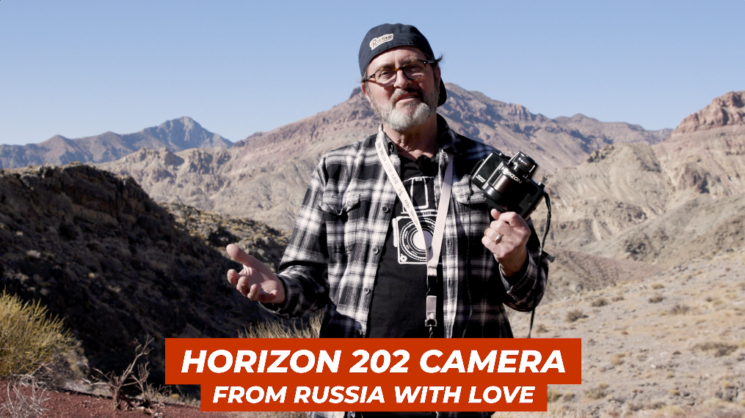 Hi, this is Jay P. Morgan. Today on The Slanted Lens we’re out here in Death Valley. I brought with me a little film camera I found a box in my office that I haven’t shot with in years. So I thought this would be fun to take it out to Death Valley and shoot some panoramic shots. It’s a panoramic film camera. I couldn’t afford the Hasselblad XPAN or the Fuji GX617, which made great panoramic shots. In that day they were expensive cameras, around  $3,000-4,000 then. You can’t get them for under $3,000 now. So I bought this little Horizon 202. 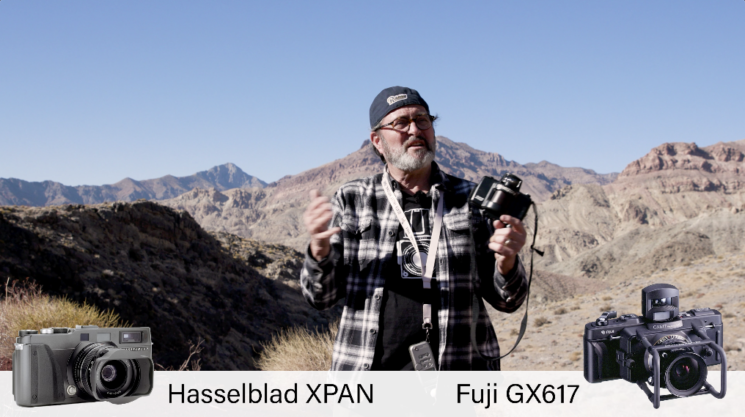 The Hasselblad and Fuji have a lens that is really optically made to give you a 180-degree view. 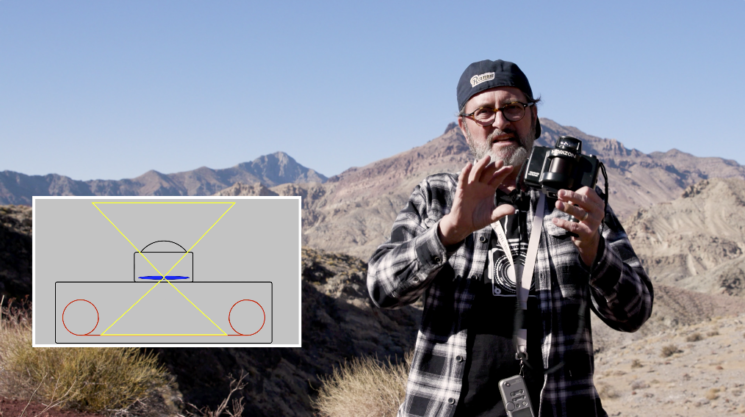 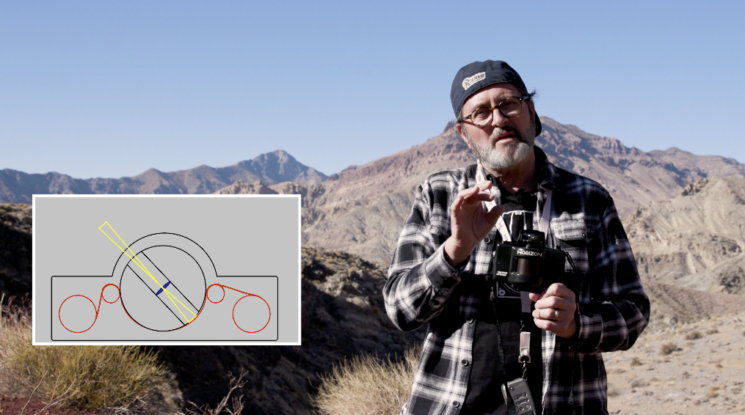 But the lens swings on an axis inside the camera. And it’s going to expose just over two frames of 35 millimeter film. So you’re not dealing with the edges that start to have softness or issues. You’re dealing with the middle of the sharpest part of the lens for the entire exposure. 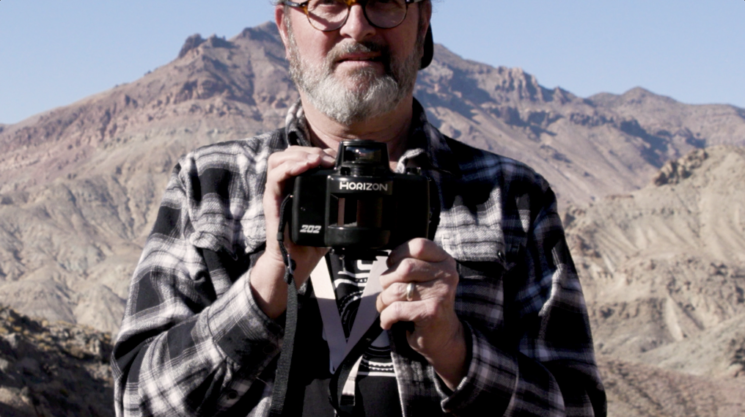 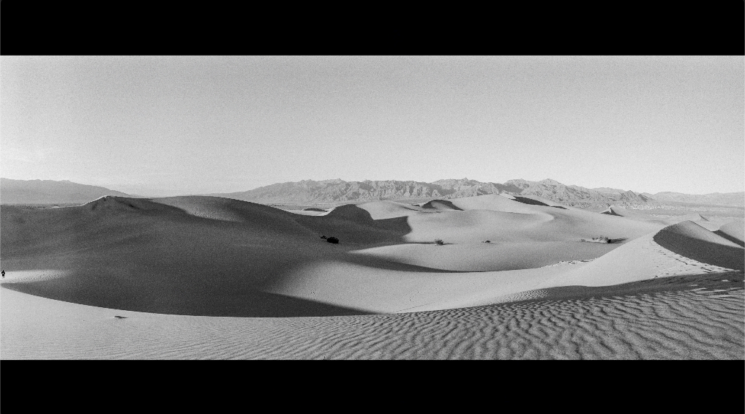 Let’s talk about the origins of this camera. This camera is a Russian-made camera. It’s a company called KMZ (Krasnogorsky Mechanichesky Zavod). 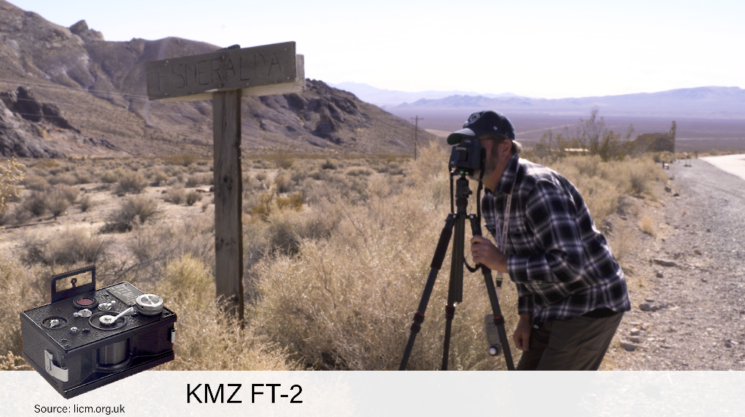 KMZ made a very boxy, metal camera in the early days of the company. It only had one set of gears which gave you four speeds. In 1989 they kind of reworked it and went from that metal box to this ABS plastic housing. And they also put a second gear on the cameras. 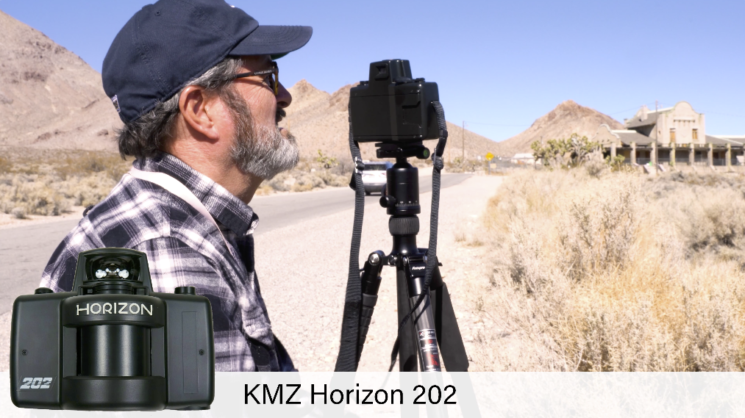 So you now had eight shutter speeds. So you have those slow speeds and faster speeds as well. So it was a no brainer. People were shooting panoramics. The expensive cameras were out there and this was an inexpensive option. I don’t want to say hobbyist, but kind of a hobbyist way to get into the market to be able to shoot panoramic images. 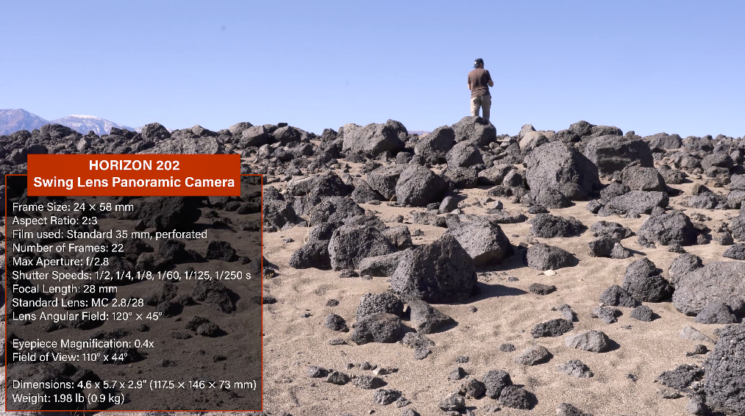 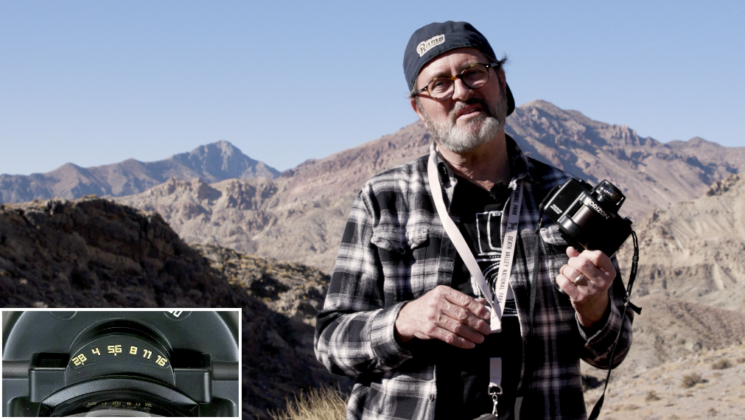 It also has varied shutter speeds. And the way this works is it’s got a slit that opens. And that slit just travels around that little cylinder inside. 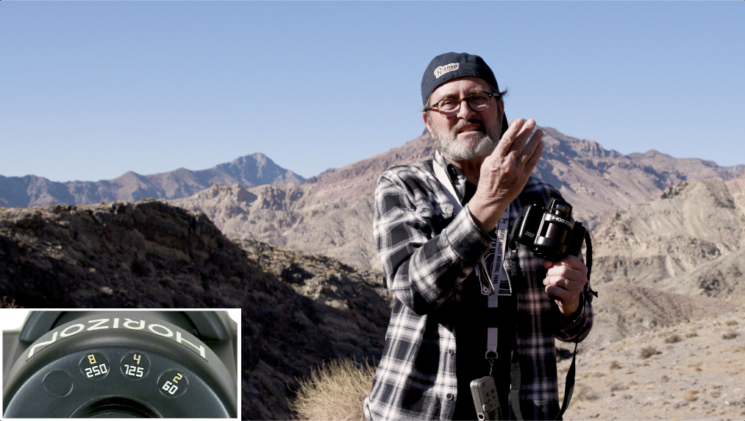 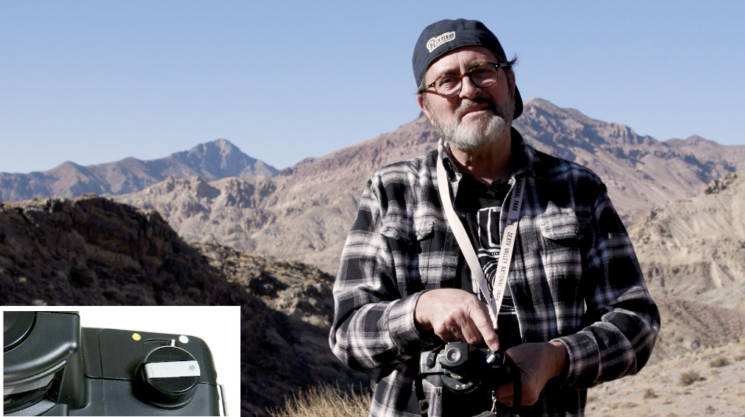 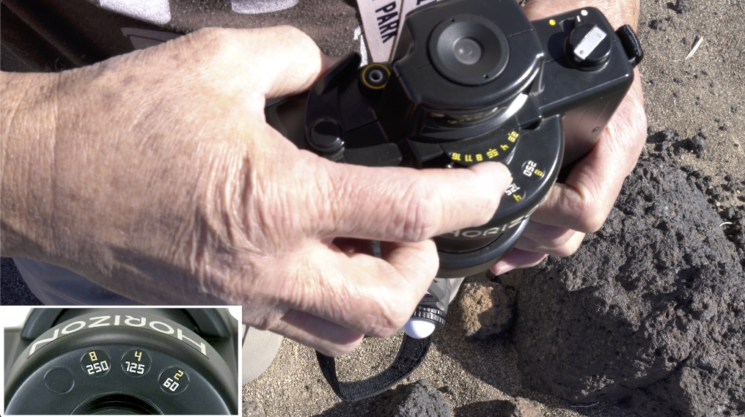 What if I want to try to do a portrait of someone? I photographed an individual at a cemetery we were at just for fun. 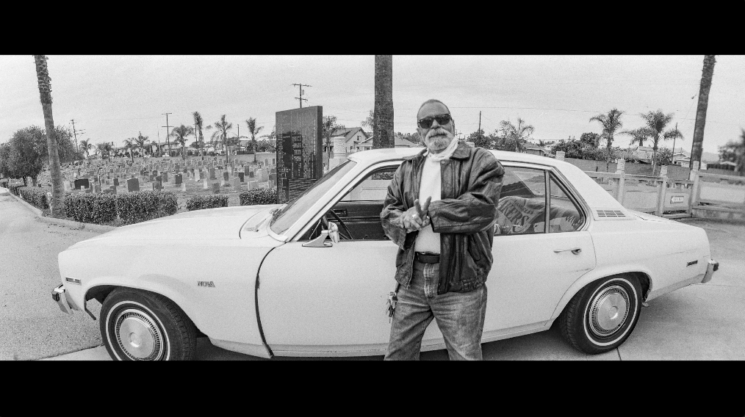 I wanted to shoot that in as much light as possible and as close to f/16 as possible if I want to get that person very close to the camera. Because you’ve got to build enough depth of field to be able to get things close to you in focus. 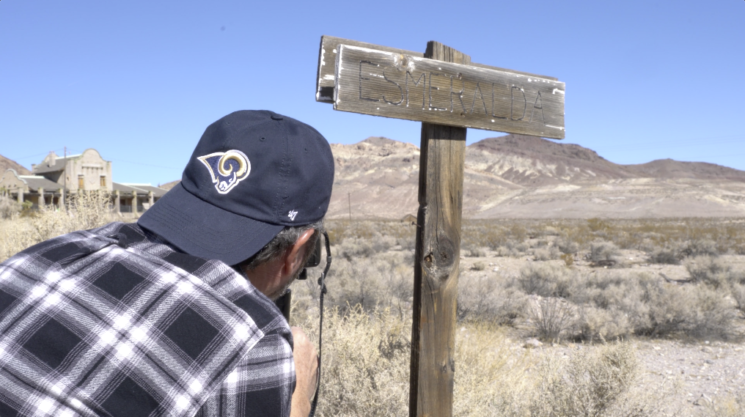 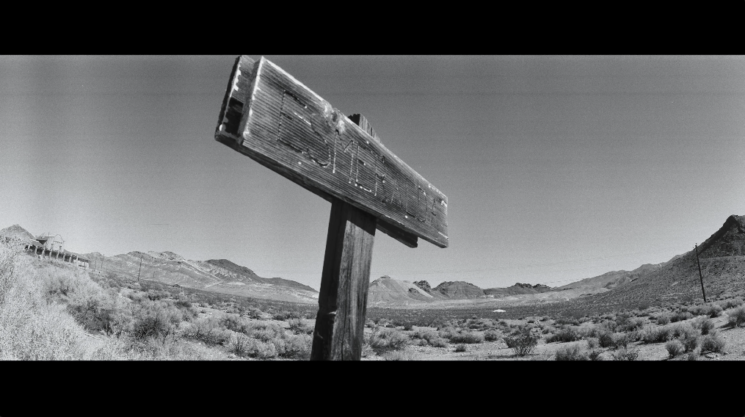 I shot a sign out at an old ghost town. And I got that very close. And it’s going to be in focus roughly. I was very close to it. But it’s going to start to fall off a little bit in the front. The focus is going to move away from the camera as you go from f/16 and start to open wider and wider on the lens. So it’s always going to be focused on infinity. 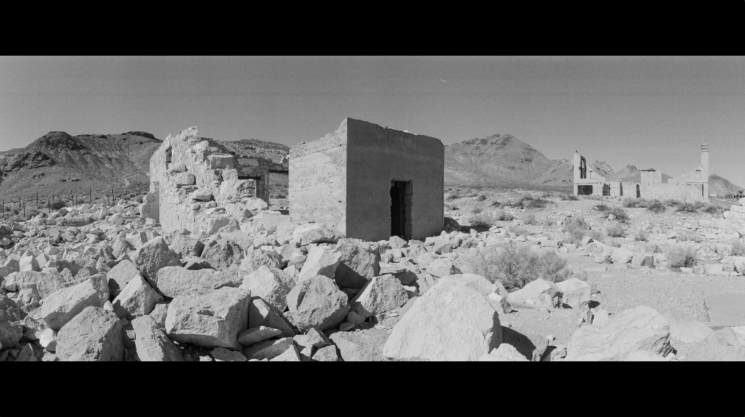 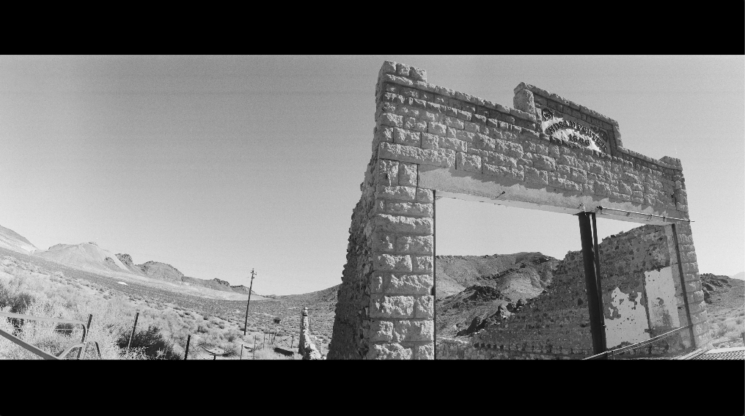 But the advantage is it’s inexpensive. And it gives you a great panoramic view. And it shoots film. So I’ve been shooting this camera for a while. Here’s some images I did at arches, just really great vistas.

Here’s some other images I shot at a cemetery we went out to one day. These are from a couple of cemeteries where we shot some images with it.

I really enjoy shooting with this camera. It is an easy camera to use. Except for loading the film which may be a little bit difficult. 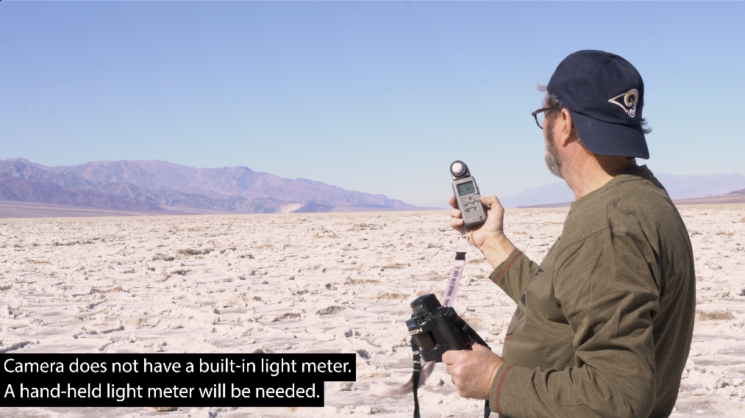 Keep that in mind as you use it. You’ve got to understand focus distance, that f/16 gives you about three feet distance from the camera in focus.

And as each aperture gets smaller then it’s going to give you less in focus close to the camera. So you have to have those things in mind when you work with it.

But if you want to camera that gives you a different perspective, it’s just fun to use. I mean for the compromises you have to make to use this camera is well worth it. I think it’s a fun camera to use to be able to shoot film and shoot a panoramic view. And so I would check it out.

So there you have it. There’s my thoughts about this camera. If there are other old film cameras that you think would be interesting for us to use and shoot and talk about, leave it in the comments of our YouTube channel. I’m looking for something interesting to shoot with, something fun and different. So keep those cameras rollin’ and keep on clickin’. 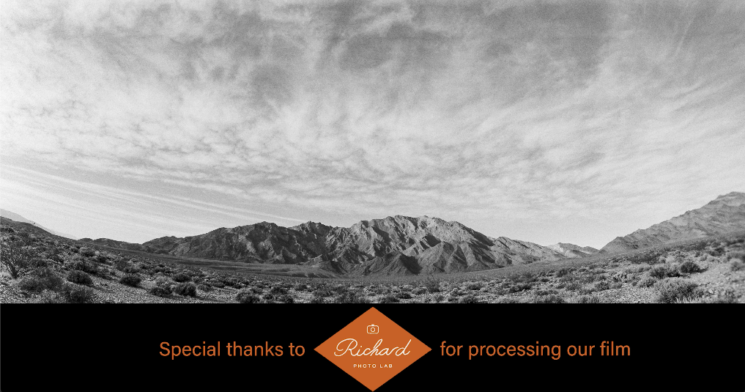 These are the best film cameras you can buy right now