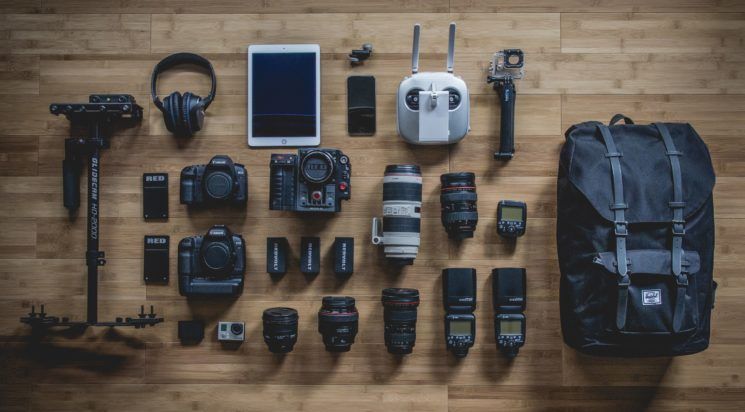 How many times have you heard the proverb “I am not rich enough to buy cheap things?” Do you live by it? When buying camera and lighting gear, you should rely on this saying. Cheap gear may actually turn out to cost you more in the long run, and not only in terms of money. In this video, Pye Jirsa explains the true cost of gear and gear failure. So, is cheap gear really a good investment?

First of all, you should have the budget for buying gear. But is it smart to buy more pieces of cheap gear for this budget, or buy one more expensive piece? Price should be one of the criteria for buying gear, but it shouldn’t be the only one. And this is especially important if you are a professional photographer.

For example, you can buy one Canon 600EX-RT speedlight for $500 and five third-party speedlights for the same price.  Although the second offer may sound tempting, it may be smarter to buy only one high-quality speedlight for this budget. Of course, this goes for all the other gear as well: lenses, cameras, tripods and so on.

Pye made this mistake in the past and bought several cheap speedlights instead of one or two expensive ones. He ended up always having 4 to 6 of them in set, because some of them were always having malfunctions and failures. So, if you need to have several speedlights to make sure one will work, isn’t it better to just buy one decent one and be sure you can rely on it?

Then, another problem with cheap gear is that it can make you miss the shots. Instead of focusing on work, you focus o troubleshooting the gear. Cheap lenses can have focus problems and thus you need to shoot more images. Because of this, not only does the shooting last longer but also the post-production. Then, cheap batteries can cause camera problems or run out much faster. So you are again required to pause the shooting to change the batteries and focus on the gear rather than the models and the photo shoot. Cheap radio triggers and flashes miss firing in the key moments. Cheap speedlights can be inconsistent in color and power output, which requires you to spend more time post-processing.

So, cheap gear can actually cost you more money in the long run. You need more pieces of gear to make sure you’re covered. Then, if something goes wrong, you may lose the clients and you will agree- that’s not really good for the business. But it’s not just about the money. If you need to spend more time in troubleshooting and post-production to make up for all the mistakes, it’s consuming your energy and time as well.

Naturally, I’m not saying we should all go and buy the most expensive gear there is. It all depends on what you do and what you want to achieve. I am a hobbyist, so I can allow myself cheap tripod that will make me insane until I set it right. However, if you want to grow a business and be a professional, I believe this really is an investment you need to make to make it all run smoothly and not to miss the shots. After all, in the long run – this will actually save you money, effort and time.

Do you agree with this? Do you rather buy more cheap gear or you prefer the expensive gear?

« I was in a refugee camp with my cameras when Trump shut the borders. Here’s what I saw
This video explains linear perspective and geometry when shooting portraits »