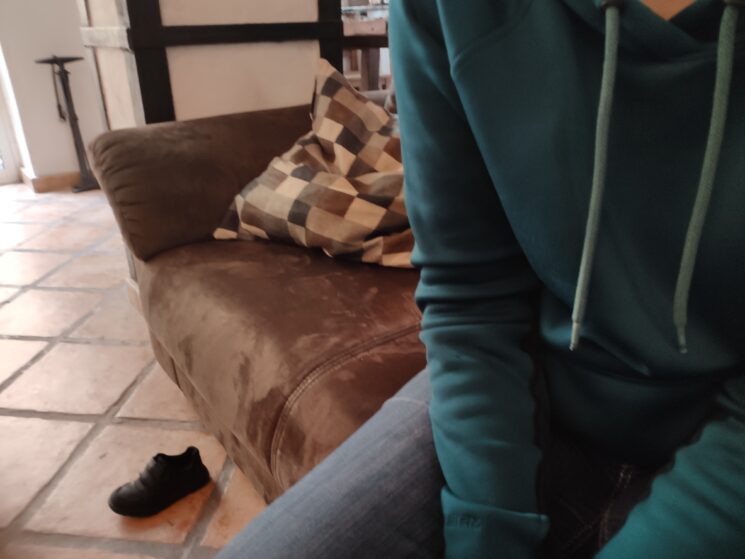 TikTok user eschultzyy was kindly given his Grandfather Ron’s old iPad when he no longer had use for it, and upon getting home he immediately checked out the camera roll. To his delight, he found a treasure trove of hilarious images of up the old man’s nose, of his feet, and many blurred out by his finger. Eschultzyy declares it a ‘rare aesthetic’.

Many commenters have told him not to delete the photos as they will be a beautiful reminder of his grandfather after he has passed away. “Don’t delete these pictures,” says one commenter, “the only thing I have left of my grandpa are the pictures he took.

Many others saw the funny side to the situation, thanking Ron for the amusement saying “Thanks for the free foot pics Ron, you’re a legend – pls don’t delete.”

It may seem a little disingenuous but I’d like to think it’s just a little family in-joke, the grandson gently making fun of his grandad’s attempts at selfies. My own mother recently sent me a highlight reel that her iPad had made unprompted of the year 2020, which involved many similar selfies and mistake images. It was hilarious, particularly considering the majority of that year we had only seen each other on facetime. Sometimes technology does produce some very funny results!

The image at the top of this article is actually one of the many classic shots taken on my own camera roll by my then 3-year-old son, also a source of endless interesting photographs! I have since got him his own camera.

[Via The Daily Star]

« This is what bugs look like when they get ready to fly at 6,000fps
Medium format comes with a double-edged sword you need to know about before you buy »