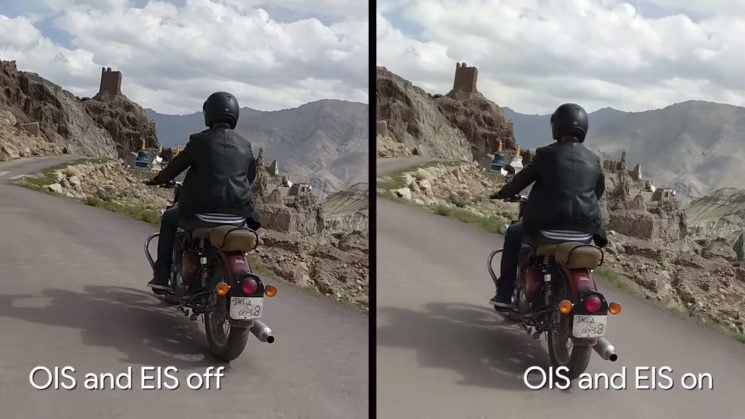 As well as receiving DxOMark’s highest score ever for a smartphone, it appears the Pixel 2’s image quality won’t be wasted by jerky footage. When working in tandem, they produce ridiculously smooth footage, if this sample posted by Google is anything to go by.

Electronic image stabilisation might as well be turned off, for all the good it does in most devices which contain it. Optical stabilisation, on the other hand, is another matter entirely. But, even optical still isn’t perfect. Even with optically stabilised lenses and sensors, many people still run their clips through Premiere’s Warp Stabiliser in post for a bit of extra smoothness.

With the Google Pixel, it looks like you won’t have to do that. And this pairing of both optical and electronic stabilisation is a first for smartphones. They call it “Fused Video Stabilisation”.

While phones aren’t the most common cameras used for serious video production, at least it might make those clips on social media a little more bearable to watch.

« Google Clips puts AI inside a camera to pick the best moments to take a snap
Lily drone is back, features 4K camera and improved features »