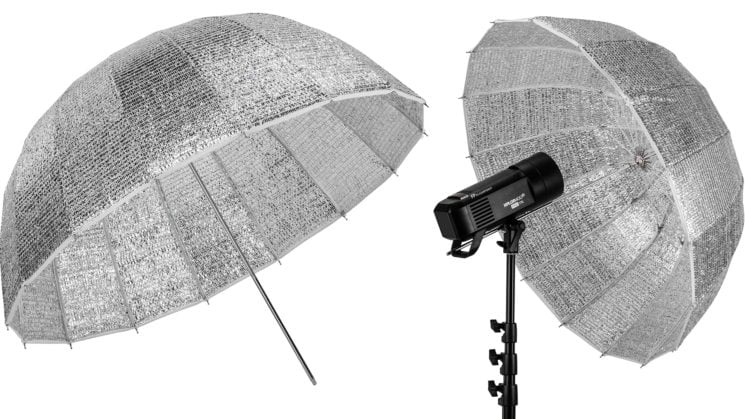 Umbrellas are probably the most common lighting modifier out there for those who work with speedlights or strobes. They’re lightweight, inexpensive and easy to get hold of. But if you want to get out on location, they all have one pretty fatal flaw. It’s the same flaw that affects umbrellas designed to keep the rain off your head, too. That flaw is wind!

Well, no more. Adorama has developed a line of new Glow windproof lighting umbrellas. Taking advantage of the natural reflectivity of aluminium fabrics, the new umbrellas are available in various shallow, deep and wing-style designs in five sizes from 33″ up to 65″ and use an open weave design to let the wind pass straight through them. 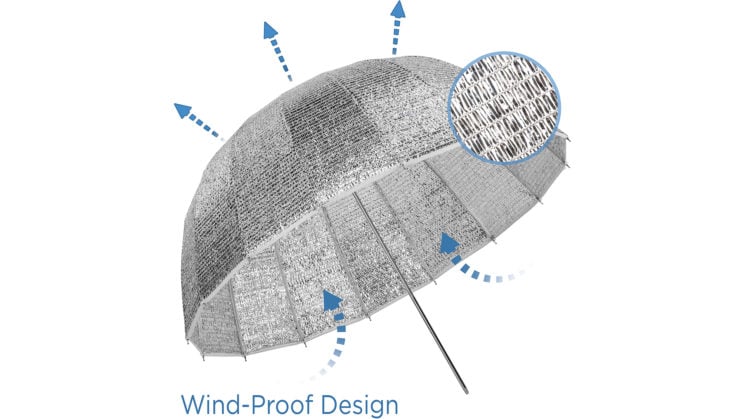 Yes, they do kind of look like some kind of 70s lampshade, but the principle on which they work seems quite sound. Naturally, they’re only available in silver and not white, which means the reflection will be quite specular, similar to using a standard silver umbrella. This also means they’re only reflective “bounce” umbrellas and not shoot through.

They’re constructed from a mesh weave aluminium fabric which contains holes to let the wind pass through while still reflecting light back towards your subject. Adorama says that the “wind-friendly design” prevents gusts of wind from tipping over your lighting gear and that it performs just like a traditional silver umbrella – albeit with “a touch less output”. 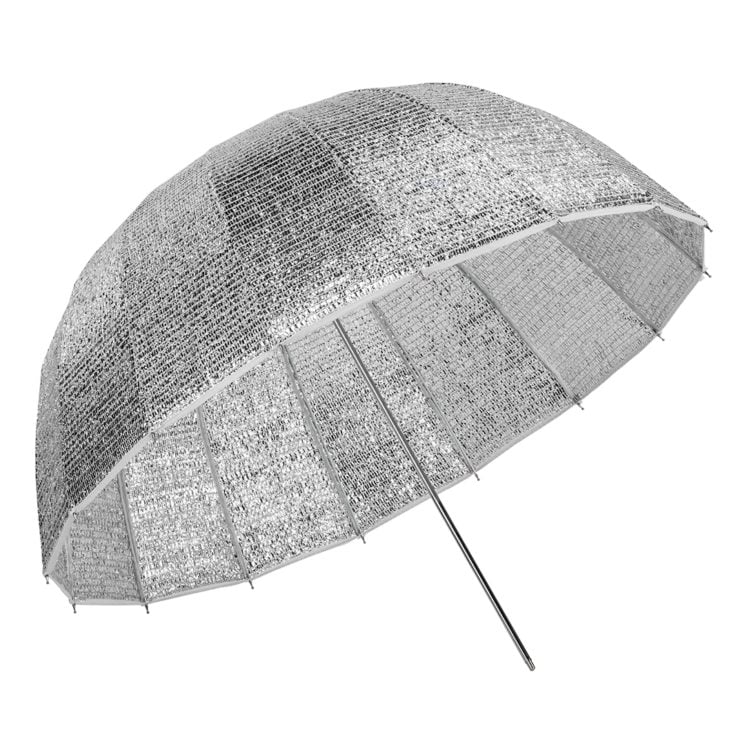 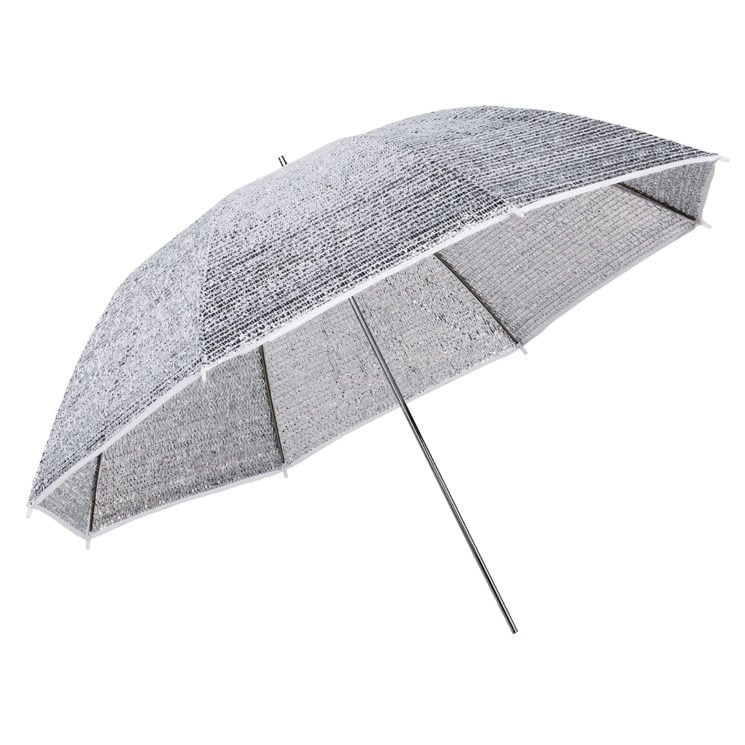 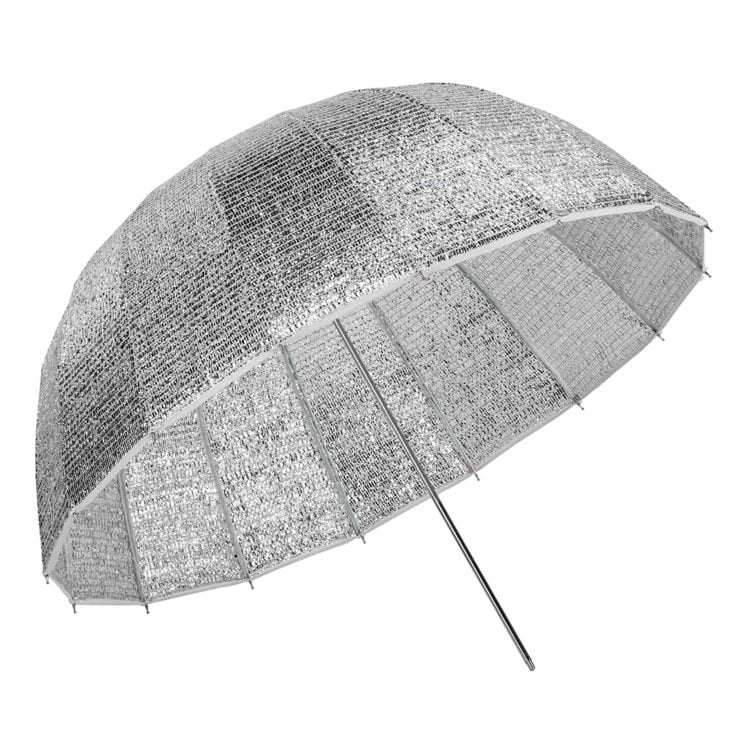 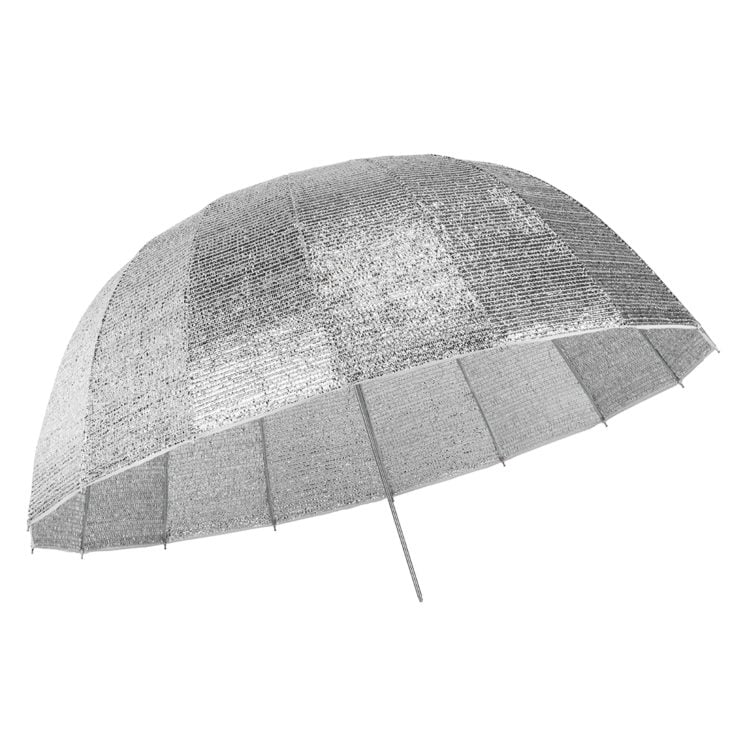 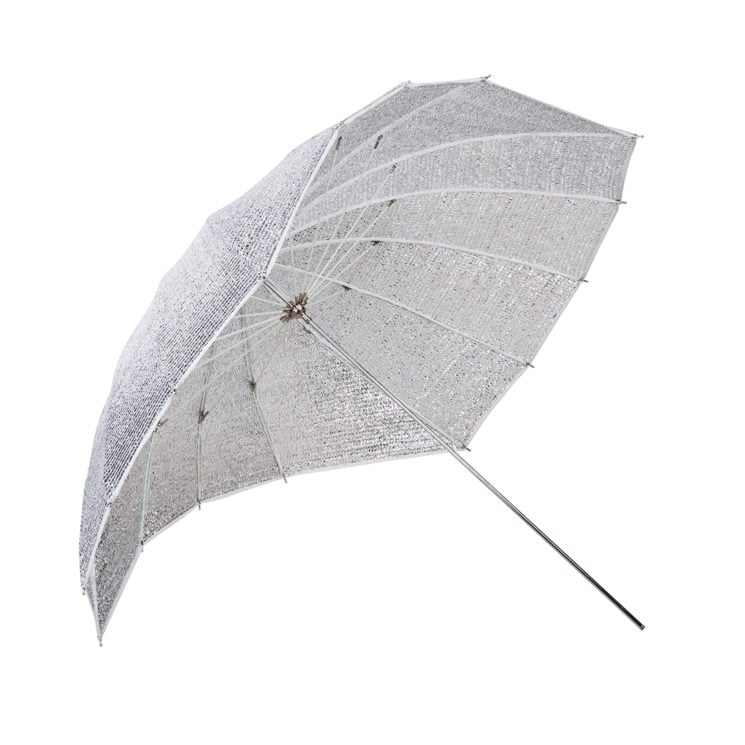 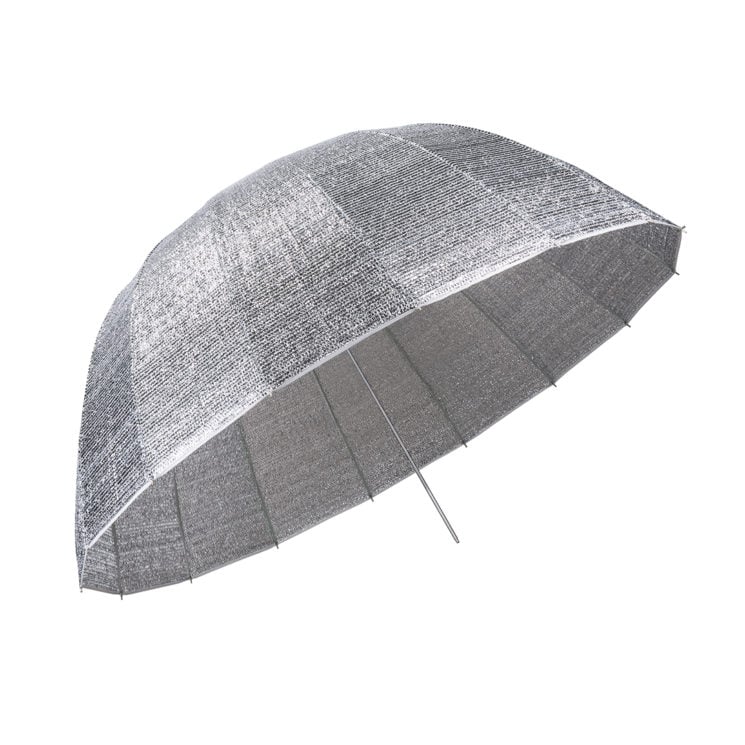 The umbrellas feature fibreglass ribs and have the same easy-open shaft design you’re familiar with. are available in five different sizes and a variety of deep, regular and wing-like designs.

Obviously, and as mentioned by Adorama themselves, the new windproof designs do reflect a touch less light than their regular style silver counterparts, but exactly how much that difference is isn’t stated, but whether it really matters depends on how much light you need and how powerful your strobe is. 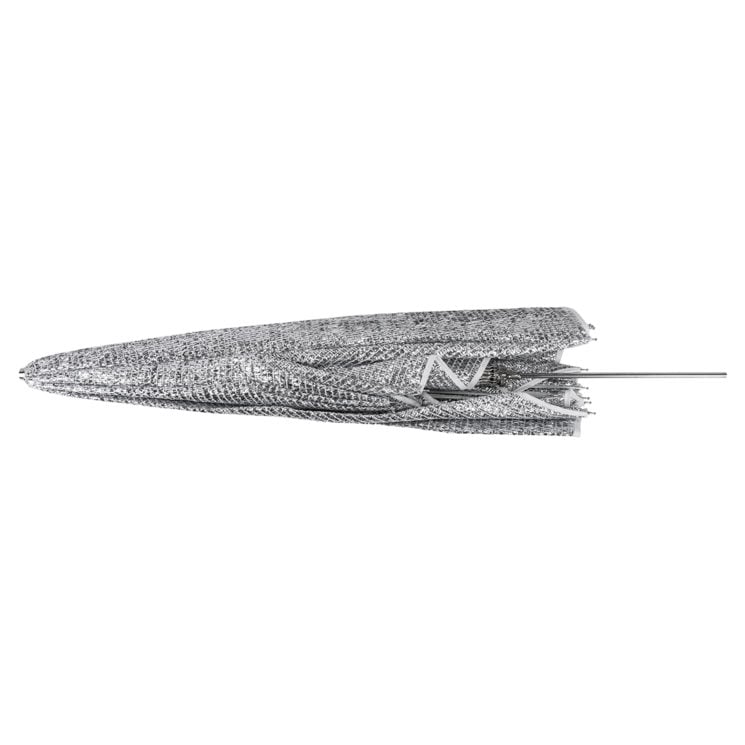 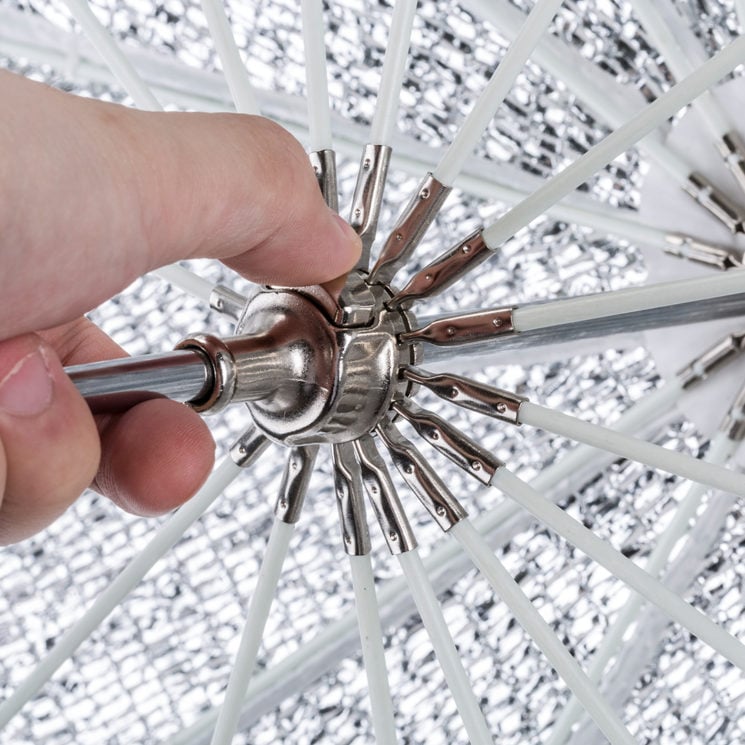 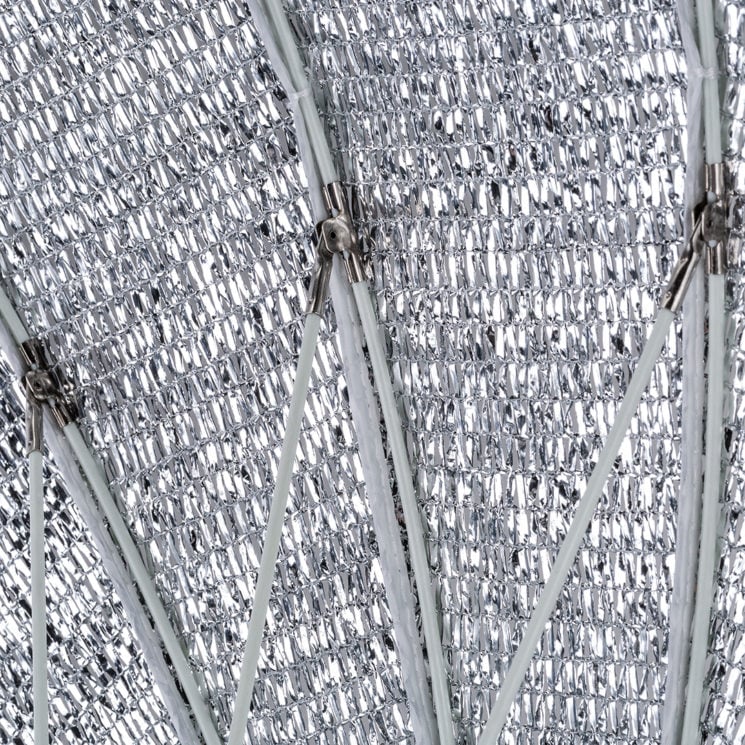 I’m looking forward to seeing the inevitable comparisons of these vs regular silver umbrellas of the same size and design at some point to see exactly how they might differ in terms of both reflected output as well as the overall pattern and spread of the light. Also not mentioned is exactly what sort of windy conditions they can hold up against. So, I’ll be looking forward to the tests from photographers in Florida, too, now that they’re coming up on hurricane season.

Could Topaz Glow Be The Alternative For The Missing Oil Paint Effect In Photoshop Cc?

« Hubble is back: Here are two new photos it took
Iceland hotel wants your Aurora photos in exchange for a free month’s stay »