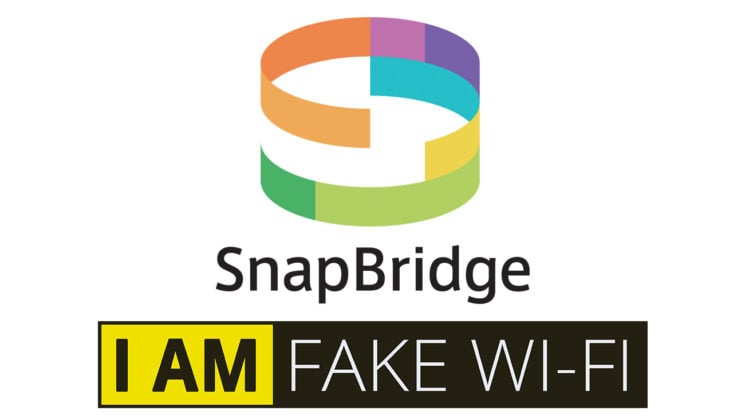 This is something that bugs the crap out of me, too. Ever since Nikon’s SnapBridge protocol got out into the wild last, it’s been criticised. To the point of one German customer taking Nikon to court over false advertising claims. It’s certainly not been the breeze Nikon led us to believe.

Now, one guy’s had enough. And that guy is Gunther Wegner, author of the very popular LRTimelapse app. Gunther has been working with and teaching timelapse for many years. Nikon have been the leading DSLR for many timelapse shooters. So when Nikon started advertising that the Nikon D850 was particularly suited to shooting 8K timelapse, he called them out in an open letter.

Nikon DSLRs have had built in intervalometers ever since 2003. The release of the Nikon D2h introduced this wonderful feature. It’s one of the main reasons Nikon attracted so many timelapse photographers early on. So, Gunther is very happy that Nikon are starting featuring timelapse as a feature to promote their cameras. Gunther writes…

For your 100th birthday, you have announced the Nikon D850, a camera that, according to your advertisement, should be particularly suited to create 8K timelapse movies.

I am especially pleased that you have now finally identified timelapse photography as one of the important areas in which your cameras are being used.

Gunther goes on to note, though, that a built in intervalometer and sensors with a great dynamic range & ISO performance is not everything. The interval timer shooting features of DSLRs are quite limited by today’s standards. So, connectivity to external devices with which to control the camera has become a big deal.

Once Wi-Fi capabilities started being added to Nikon DSLRs, wireless control tools such as qDslrDashboard became essential. They offer a level of control that simply isn’t possible with the built in interval timer (or the SnapBridge app). It’s led to some of the incredible timelapse work we regularly see today. Techniques such as day-to-night transitions were once only possible for the most experienced timelapse shooters with custom built tools. Today, anybody can do it.

In order to understand our requirements as timelapse photographers, let me briefly explain which factors we consider most important for advanced timelapse:

The benefit of Wi-Fi are not limited to timelapse, though. Timelapse shooters are not the only ones who have come to rely on the Wi-Fi abilities of Nikon DSLRs. Many macro shooters who use focus stacking utilise qDslrDashboard and similar apps so that they can adjust focus without touching the camera. It’s also very useful for video, too.

On a multi camera video shoot, I can’t sit behind all cameras at once. If I have multiple cameras covering the same subject from different angles, I use a mix of iPads, Android or Windows tablets to monitor and control the other static cameras at which I’m not sitting. This allows me to quickly and see if the focus is out as the subject moves. Or if the exposure changes with the light coming through various windows.

It’s also much cheaper to use tablets as remote wireless monitors than it is to use actual monitors. And while we don’t get all the scopes of more expensive monitors, we do get touch screen remote control. We get live histogram, aspect ratio cropping bars. We even get basic focus peaking and false colour. All for a $8 app for a tablet we already own (or free if you’re using a Windows tablet, laptop or Macbook).

Gunther cites many reasons why having such control is essential for Nikon timelapse shooters. And all of these abilities hinge on having access to real Wi-Fi. In fact, Gunther states in his letter that he’s currently shooting with a pair of Nikon D750 bodies. The Nikon D750 is the only full frame Nikon which uses standard Wi-Fi. All the rest either use SnapBridge or have no built in Wi-Fi.

The Nikon D750 is next on my shopping list, too. And for the same reason. I currently shoot a D800, but I need a full frame body with built in Wi-Fi and the D750 is the only option. It’s also the same reason why I bought a Nikon D5300 earlier this year instead of the more recent Nikon D5600 for YouTube. I need real Wi-Fi. I need to be able to see what the camera sees and be able to control it remotely.

Gunther’s final request is simple. And all it would take is a firmware update.

I would therefore ask you to restore the ability to work with our specialized tools. We will then continue to use your cameras with pleasure and create great, creative work with them in our special areas! Unfortunately, as of today this is not possible with any of the cameras which have Snapbridge enabled.

And I completely agree with this request. But not just for timelapse shooters, but also macro photographers and video shooters.

You can read Gunther’s complete open letter to Nikon on his website.

« How to contact and book a photoshoot with a model
Yongnuo soon releases budget 40mm f/2.8 and 100mm f/2 lenses for Nikon »