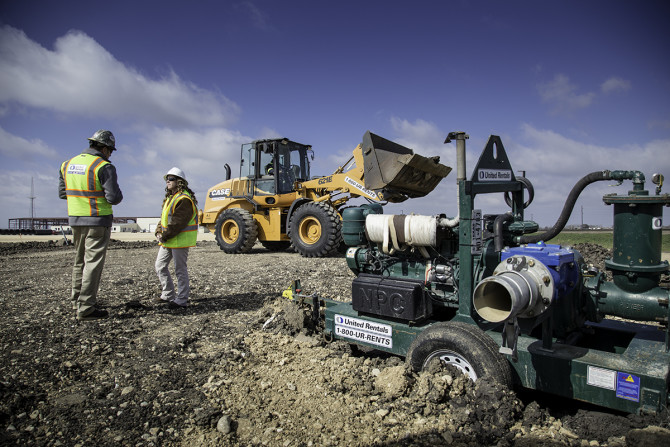 Sometimes we get stuck in the mire of our own making. Thank goodness we can find a pump around to dredge us out of the muck.

I found myself intrigued but after reading both letters I felt more confused and chagrined at the situation than angry. It was a minor tempest in a teapot… one of those very small kids teapots because, let’s face it, not too many people even care about such things as this.

The photographer fired off a note after being contacted by the band for the free use of an image in a book they were doing.

The photographer fired off a letter of outrage, demanding to be paid for the use of his photograph and he makes a very cogent point. Without being paid, we can not continue to make images for bands or anyone for that matter. It is what we do, and as such it should garner more respect.

The band fired back with claims that it is too expensive to create a photobook if they are going to pay royalties to every image. As well, they figured that since they already purchased the photograph, they believed they should be able to use it.

Let’s look at some realities:

“Any refusal of permission would be respectfully accepted and no further questions asked.”
– Garbage in open letter to Pat Pope.

A photobook with 200 photographs in it; at $350 per license, that comes to $70,000. The band claims that is too expensive for them to spend to do a book. They are most probably right. By the time you figure printing and shipping and distribution and design and copywriting and incidentals, the books are going to be very, very expensive. And then the price has to double at the bookstores so the stores can make money. Could be a run of 7000 books could cost $40 a piece. That comes to $280,000 upfront for the band. The $40 book then has to have a retail price of $80 a piece to allow for it to be sold… breaking even for the band.

I have written books that are sold in major bookstores so I can speak from experience when I say NO photobook for $80 is going to sell out quickly… if at all. If the print run was a thousand books, it could sell out in a year or so. But it would also be around $125 per book… so maybe all bets are off.

End game: The band is right.

It is too expensive to produce if the royalties are to be paid. Figure out a sponsorship or move on. It is a cold fact of life that many things we want to do are simply too expensive to do.

That is NOT a value judgement, it is a simple fact of business.

I think the band learned that because they previously purchased a license, it does not hold over to any future uses.

They also learned that a simple request, made in good faith could unleash a shit-storm that would drag their name through the mud. I guess that is a good lesson for us all. The social media mobs are unforgiving and – really – not very bright. They react the same way the immensely base Piranha do… form a gang and destroy.

“I’m a firm believer that musicians and artists deserve to be paid for their work. I’ll sign any petition that’s out there supporting that concept, and even when I choose to stream rather than buy, I’m one of the fans of your band that will pay for a premium service because I think you should be paid. That’s my point of view. Is it yours? When you think about artists being paid, does that include photographers? Do you think “content providers”, whatever the hell that means, deserve to be paid for their work, or is that a special category for musicians? If I want to release a music album, can I use your music in it if I give you a “proper credit”?”
— Pat Pope in open letter to band Garbage.

Wow. That is quite an angry response to a simple request.

I think it could have been handled another way. Going public without even contacting the band was, in my opinion, a little cheesy. But I am willing to cut some slack because we have all become a bit tense over big names using our shit for free. It isn’t right.

But neither is focusing your anger on the wrong perpetrators.

Being angry at the band, who simply asked, was misguided and off base. Of course they wanted to use it for free. We all want free stuff and we ask for it when we can. No harm. A simple “No, it would need to be licensed first” would have seemed more professional to me.

However, the real problem makers in this whole debacle were never singled out for his ire, his rage, his being really perturbed. The perpetrators who caused this entire calamity were even pointed out by the band. They were identified and STILL no words of scathing indignation was turned toward them.

“We were so grateful and delighted to learn that most of the photographers were happy for their images to be seen in conjunction with the telling of our story.”
– Garbage in response to Pat Pope

You want to be mad at someone, just read the credits in the book when it comes out. Be mad at those who complied, not with those that requested. Being mad at someone who genuinely asked for permission first is – well – it’s offputting to me… since so many others said YES. Or choose not be be mad at all. Perhaps they saw fit to have their images in the book for reasons we may never know. Or should know.

My story is not your story… don’t try to write the paragraphs your way.

The real conundrum is where the line gets crossed between supporting one another and exploiting one another. It is not a fine line, it is wide and gray and sometimes hard to see. But it is there.

All in all it was great fun for the mobs… but it held little out for those of us who are wanting to get a little more serious about the dialog that needs to happen regarding usage of IP.

Until that happens… rock on, dudes (and dudettes).

Don Giannatti is a photographer and author based in Phoenix, Arizona. He runs the Project 52 Pros workshop for aspiring commercial and editorial photographers. You can visit his website here, online portfolio here, and his wonderful lighting essentials here.

An open letter to the NPPA on ethics